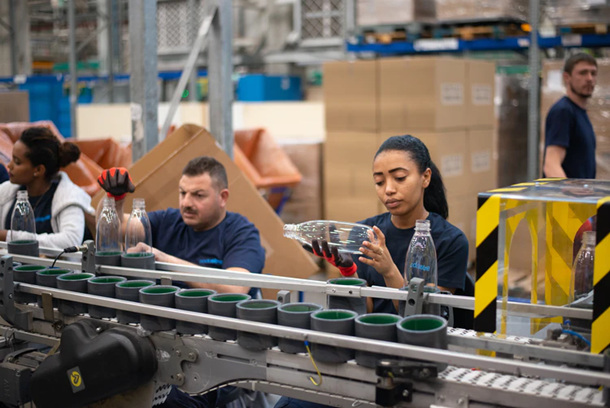 Once a futuristic dream, automation in 2021 spans virtually every industry. Robotics and artificial intelligence (AI) have now advanced into the retail and transportation sectors, as well as finance, energy management, and more. Among the bulk of its applications, machine learning has shown to improve productivity and may even give local economies a boost.

Indeed, the robotics market, which encompasses machine learning and AI, is on the rise. And its growth is expected to continue into the foreseeable future. According to Statista, the global market for both industrial and non-industrial robotics will surpass $209 billion by the year 2025.

Despite the myriad potential benefits of increased automation, however, there exists a widespread concern that automation will have a detrimental effect on the global economy. Specifically, various economists around the world fear that robots and AI could take away jobs, exacerbating global poverty levels as a result. This is an especially dire prospect when you consider the economic fallout of COVID-19 and the current state of employment worldwide.

Humans, Robots, and an Uncertain Future

However, even the most advanced machines can’t do it alone. No matter their design and function, robotics and AI systems require at least a small amount of human oversight: In the future, countless workers may find that overseeing automated systems will be a large part of their job descriptions.

So, when you consider the big picture, are the economic fears surrounding the rise of automation well-founded? How does our view of the 40-hour workweek fit into the equation? Rather than fueling economic growth, are AI and machine learning disruptive, serving to further compound inequality in the U.S. and around the world?

Let’s take a look at what’s at stake, in a world drastically altered by both a global pandemic and an evolving employment landscape that increasingly favors automation.

Beyond the 9-to-5: Our Changing Employment Landscape

While the push towards automation in the retail arena is being touted as a public health measure to help combat the spread of COVID-19, cashier-less stores have been in the works for years. TechRepublic reports that Walmart and Amazon, two of the world’s largest retailers, were testing a fully-automated shopping concept as early as 2017.

It’s interesting to note that Walmart’s automated store concept included a delivery option, years before COVID hit the scene. But public health is just one of the various perks stemming from increased automation. It also includes perks to create a more dynamic, personalized employment landscape. Machine learning in particular has helped bring about greater flexibility in terms of employment opportunities and scheduling.

As a result of technological advancements in both automation and internet-based digitization, remote work is more common than ever. Where the white-collar workforce is concerned, remote office workers enjoy greater productivity and fewer distractions than their traditionally employed counterparts. Additionally, flexibility is one of the most enticing aspects of remote and gig work in industries ranging from transportation to the arts and beyond.

But what do remote work and the gig economy have to do with automation? The continued availability of gig work, especially in industries wherein automation is still in its early stages, such as transportation, is indicative of employment stability within those niche industries. We’re still decades away from seeing autonomous vehicles replace human delivery drivers, leaving the doors open for delivery and rideshare drivers around the world. While no one wants to put drivers such as these under duress, the interactions they’re having, small or large, are contributing to a social need that has been cut off for many people around the world. People are herd animals and gravitate toward others. A connection as small as a short conversation with the winery employee who drops off a case of bottles can become more meaningful than just the safety incurred via the automated delivery renewal that precipitated the visit.

Careers that Can Stand Up to Automation

There is additional good news, however, at least on the global employment front. A significant number of jobs, especially trade-based occupations, are largely immune from the potential negative consequences of automation. While the numbers vary significantly, data indicates that somewhere between 14% and 40% of jobs are at risk of being replaced by automation. The careers deemed safest from automation are those that require precision details and demand human abilities.

Despite continued technological innovation, machines still cannot replicate complex human emotions and cognitive skills including social intelligence, empathy, and creativity. At least for now, robots can’t match the human touch in careers that involve social interaction and/or artistic endeavors. If you are a hairdresser, writer, therapist, or HR manager, you likely won’t be replaced by a robot or computer program.

Generally speaking, the trades are also relatively safe from widespread job loss due to automation. For example, while automation is crucial to the vehicle manufacturing process, automotive maintenance and repair require much more skill, as well as adaptability. Even basic vehicle maintenance, such as oil changes, necessitates fine motor skills and quick thinking, which cannot be adequately replicated by machine learning algorithms.

Throughout history, a myriad of events have impacted the global employment landscape, from armed conflict to natural disasters and, yes, global pandemics. Others, such as free trade, have been erroneously blamed for the prolonged unavailability of jobs. As we continue to adapt to increasingly automated workplaces, it’s important to flow with any changes that may come about, and make smart career choices into the future.