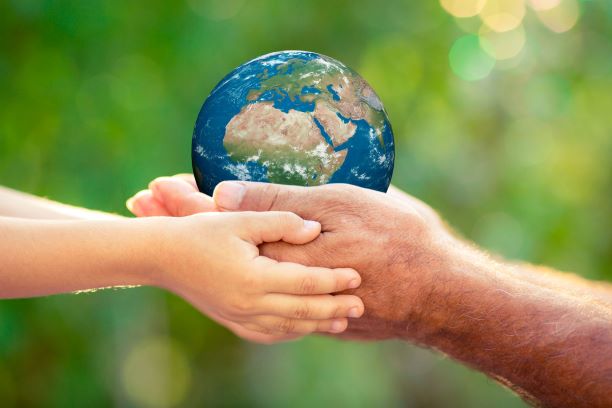 In the first publication of this series, we reconstructed how liberal theory influenced some of the most important policy tools to avert climate disaster. Above all, the purpose was to remind liberals that holding free individuals accountable for their environmental footprint should be their fight, and not a fight against them.

Naturally, there are still many in the conservative camp who either deny climate change or acknowledge it through any policy. The mere possibility of doing so looks like a slippery-slope question on their fundamental beliefs: can we, as unrestricted individuals – the selfish species increasing common wealth through the invisible hand – really cause such a suicidal mess?

Ludwig von Mises: Humbleness in the Face of Ignorance and Uncertainty

Mises is one of the most important thought leaders among them, as he set the ultimate tone for what he would have called a world with “spontaneous order”:

The market economy was not devised by a master mind; it was not first planned as a utopian scheme and then put to work. Spontaneous actions of individuals, aiming at nothing else than at the improvement of their own state of satisfaction, undermined the prestige of the coercive status system step by step.

In other words, individuals know best what is good for themselves but hardly what is for others. Walking in the other direction, claiming public goods and services were distinct from each other like items on a grocery list would simply deny our world’s complexity. Mises’ stated reason for that comes interestingly close to what bestselling author Nassim Taleb called ‘Skin in the Game’, decades later:

If you have to convince a group of people who are not directly dependent on a solution of a problem, you will never succeed.

What did Mises mean by that? Something way more trivial than the formulation suggests: That society’s banking on individual liberty is necessary, simply because people with different needs have different priorities. Knowing a problem intellectually and living through it are worlds apart, which suggests two important conclusions. Let’s point out the obvious first: if Mises is right, then all regulating policy, be they ever so liberal by intention, seems bound to failure. Indeed, that’s what it all comes down to for many libertarian skeptics.

However, if they make a radical call for anarchy from that, Mises’ argument will quickly backfire. Because it’s logically not constrained to state servants alone – it goes for everyone. So, what if we have been the planning bureaucrats? What if we have been ignorant for too long about how nature and future generations will have to carry the burden of the stinking pile we leave them with? As long as we would not rationally face the perils of our own actions, to Mises, we can’t escape the same disaster that libertarians blame socialist planners for.

Ronald Coase: Let Nature Own Itself

Mises did finally not make the cut into mainstream academic theory because he remained, in the eyes of many, unable to resolve this dilemma he maneuvered himself into. If governments can’t be trusted with overhead decisions, then how can anyone know what is good for us at all times?

Research around how the human psyche actually influences our purchase or investment decisions has spawned entire strands of new economic thought for the last decades. Evolutionary models try to sketch our learning process into seemingly rational decisions. And, more famously, behavioralists have conquered the most prestigious universities with the explanatory power of predictable madness that we tend to reveal when exposed to difficult, framed or unpleasant information.

How did libertarian economics react in the meantime? With another genius mind who actually made the cut. Ronald Coase proposed the first fully-fledged theorem of how free markets could help us solve problems like pollution. According to him, levies like a Pigou tax simply start from the wrong end. Hereby, he leveraged on the intellectual pre-work of the unsung Mises: The dead end of environmental externalities could be relieved if they would not stay “external” from market participants. Thus, nature itself has to come on stage as an actor.

The traditional approach has tended to obscure the nature of the choice that has to be made. The question is commonly thought of as one in which A inflicts harm on B and what has to be decided is: how should we restrain A? But this is wrong. We are dealing with a problem of a reciprocal nature.

In practice, what became famous as the Coase Theorem stated that anyone with a commercial interest in the conservation or protection of nature would be able to close deals to achieve exactly that. They key? Property rights on nature’s assets. Mises’ rational entrepreneur, who acts right because he has something to lose, would be back in the game. In a hypothetical world, we wouldn’t need more than free room for negotiations and mutually accepted authorities enforcing our trading contracts for that to happen.

Symbiosis: The magic of not needing to reinvent the wheel

It is not hard to recognize that Coase’s ideas were rather visionary than grounded in our reality. How could we (let alone want to) allocate exclusive rights on fugitive but all-inclusive parts of our world like the atmosphere? And even if possible, how could an entrepreneur make a business from what is considered a public good by most of society? Ironically, the most “pragmatic” way to such an alternative reality would be another massively authoritarian government defending business interests beyond the scope of legal integrity – no wonder that the Pinochet dictatorship stood so close to free-market economists like the “Chicago Boys”.

You must not reject Mises or Coase too quickly though. The magic of their argument is that we do not have to reinvent or even discard the known world, as a new political cult of moral superiority and self-loathing wants to make us believe. What those criticize – and rightly so – is that so far, we have spent a lot of energy on clinging to the old ways and somehow cutting out the toxic byproducts of the past. But solar panels and electric cars won’t solve the problem at the root. What if instead we uncover the entrepreneurial opportunities of tomorrow that bring clean money and clean air together? Yes, some of that might dependent on highly uncertain advances in technology, such as air capture and reutilization of pollutants. Other ideas, however, would need nothing more than a slightly different tilt with which we look at the problem, for example, linking farming and reforestation on a massive scale by charging the costs on pollution instead of labor income.

The inconvenient truth is: everything from inaction to climate dictatorship will have its price. The good news is that we do have the choice of which menu we want to spend our money on. Once we realize that hope and opportunity can sit at the other side of this bargaining table, we don’t have to fear for our freedom anymore when choosing to share it with the next generation.