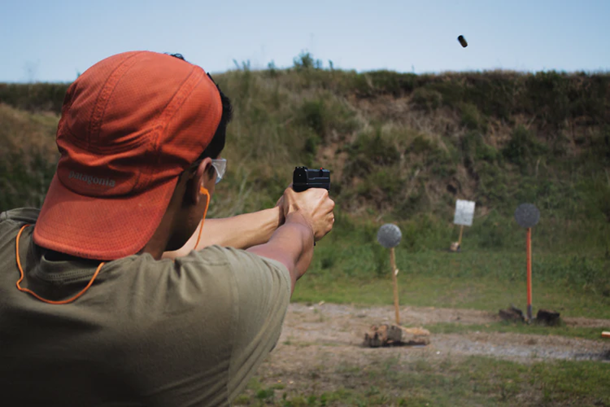 If the horrific events of March 2021 are any indication, gun control is set to remain a hotbed issue in the US for the foreseeable future. In just seven days, the nation experienced a surge of gun violence, bookended by mass shootings in Atlanta and at a grocery store in Boulder, Colorado. At least 20 people lost their lives as a result of these senseless acts.

Interestingly, the uptick in gun violence occurred just before the trial of Derek Chauvin, the police officer accused of murdering George Floyd, was set to commence. A full year after Chauvin kneeled on Floyd’s neck, depriving him of oxygen until he ultimately suffocated to death, the former police officer’s trial kicked off in Minneapolis on March 29. Chauvin is accused of second-degree murder in the death of Floyd, and his actions are widely considered a textbook example of police brutality, that is especially prevalent in Blacks.

What’s more, the trial as well as the recent shootings across the country aptly illustrate the numerous facets of the overarching social issues connected to gun control and defunding the police as overarching social issues. There are compelling arguments on all sides of the debate, as well as complex questions: Notably, should responsible gun owners be effectively punished for the actions of a few? Further, how would private gun ownership be affected by defunding the police?

The Nature of Gun Ownership in America

To find viable solutions to the gun violence epidemic that’s plaguing America, we should look to other countries for inspiration. In Kenya, where police brutality is also rampant and viewed as a human rights issue, citizens have long taken to the streets in protest. And in Switzerland, private gun ownership is high, yet mass shootings are virtually nonexistent. Can Switzerland’s model of gun ownership and control thus act as the global standard?

Let’s take a look at what’s at stake, and what can be done to reduce both police brutality and mass shootings, in the US and on a global scale.

To myriad gun control advocates, police violence and gun-related violence at the civilian level are intrinsically linked. Systemic racism also plays a role in terms of police brutality, but firearms themselves are at the heart of the issue. In fact, a 2019 study determined that “police shootings were 40% more likely in states with more guns.” Where there are more guns, there are likely to be more incidents of violence perpetrated by law enforcement.

Although gun ownership laws can vary considerably between states, it’s generally easy for most citizens to procure firearms. Background checks may only look at an individual’s criminal history, and not necessarily their mental health or ability to responsibly handle a firearm. What’s more, many hopeful gun owners are even able to complete their purchase using a credit card, which only makes it easier to obtain a legal firearm.

The typically lax restrictions associated with private gun ownership in America are particularly relevant in discussions about gun control. As previously mentioned, Switzerland has relatively high gun ownership rates, but the regulations and policies surrounding firearms differ considerably from those in the US. And that simple fact can make all the difference.

For starters, mandatory military service is required for adult male Swiss citizens, and women can also opt to volunteer. While serving in the military, volunteers learn how to safely handle various types of firearms, and they retain that knowledge even as they re-enter civilian life. What’s more, prospective military volunteers must “demonstrate that they are physically, intellectually, and mentally capable” of serving.

Of course, US citizens aren’t subject to such strict requirements in terms of military service, or when applying to legally own a firearm. Indeed, such requirements may be viewed as oppressive, or even un-American and law enforcement officials aren’t necessarily subject to stringent background checks before being issued a firearm. Further, it begs the question: If mental capacity played a larger role in terms of police department hiring practices, would police brutality be nearly as prevalent?

In recent years, police brutality in the US has become so extensive as to attract global attention. The systemic racism and violence perpetrated against Black Americans by police officers are so extensive that the United Nations has stepped in. The racial disparities inherent in the US criminal justice system represent a gross violation of the International Covenant on Civil and Political Rights. As such, according to numerous UN human rights experts, Black Americans can seek asylum if they wish to do so.

Legally speaking, asylum seekers are people looking for a “safe haven” after being driven from their homes by violence. The causes of displacement can vary widely, including armed conflict, systemic oppression, or even a “well-founded fear of persecution.” Under the definition of humanitarian protection, Black Americans who have been subject to police brutality and systemic racism certainly qualify for asylum.

But imploring oppressed Americans to seek asylum only serves to gloss over the underlying issues and shouldn’t be considered a viable option to curbing police brutality.

Defunding the police has widespread implications, and could impact everything from healthcare to housing, public safety, private gun ownership, and beyond. Yet that’s not necessarily a bad thing, and law enforcement agencies across America must be held accountable for their actions.

Private gun owners from all walks of life shouldn’t have to compromise their rights due to the harmful actions of law enforcement officials. Nor should average citizens live in fear of gun-related violence. It’s time to consider defunding the police and requiring proper safety training from all citizens who wish to own a firearm in America.