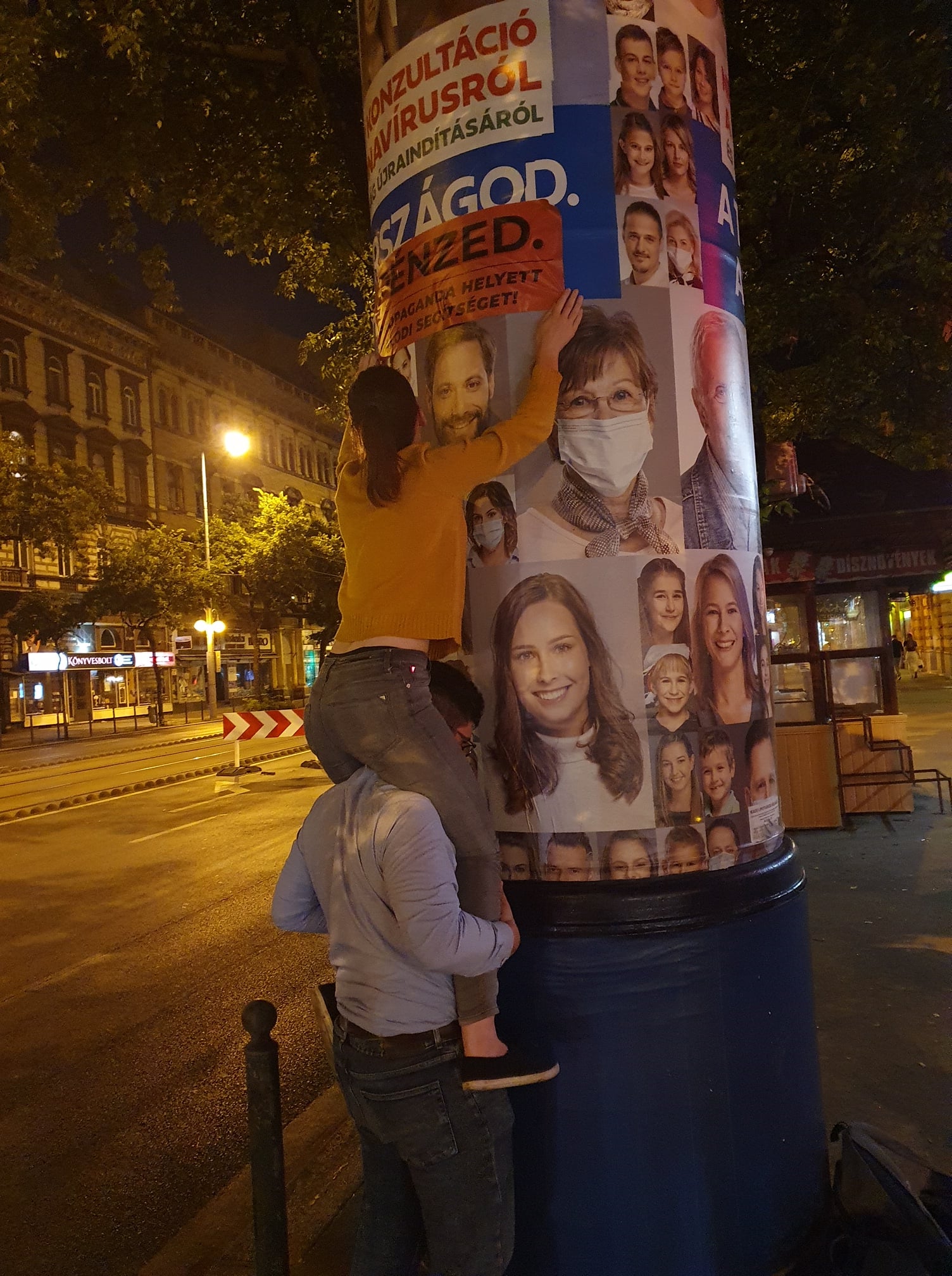 How many members of Momentum Tizen X joined a race for the seats in the Parliament? Is it challenging to engage youth in politics?

Not all the candidates of Momentum are declared yet, so I don’t want to spoil it, but several members of TizenX will be running for seats all over the country. I think I’m the youngest one, 20 years old, but the other candidates are also in their early 20s. It is a new and innovative thing in Hungarian politics, and I am really happy that Momentum allows young people to participate. The party knows that the country needs new and fresh faces. This will definitely motivate the younger voters to take part, not just in elections but in politics as a whole. However, my experience was that part of the older generations is against us, and Fidesz fuels this hate. They really fear that the new generation, which wants change, will go to the polling stations, and will elect fresh and young faces. Fidesz is not popular among us, so they will do everything to stop us; otherwise, they will be defeated.

In the continuation of this political topic, what do you think about the Coalition that was formed by all major parties to defeat Fidesz, and will this coalition last long, or it is just a decision for the upcoming elections?

It was a long process until we could agree upon forming this coalition. Everyone had to make compromises and Momentum was no exception. We started our movement as a new formation, and we said that we won`t form any alliances and coalitions with other parties. But we had to decide whether we let Fidesz and Viktor Orbán steal our future or form a coalition with the other parties to defeat them and build a new Hungary. In a lot of European democracies, parties are forced to form coalitions and I think we, Hungarians, must get used to it. You can see how it can change a country when one party has absolute power and no control over them. It was a tough decision and a tough process and to be honest, it’s not a fairy tale, but I think it can hold up. If we win, then we will govern together for at least four years, and we will have to make huge reforms in the political system of Hungary to have a fair and free country.

Speaking about the coalition, was making an alliance with Jobbik a tough decision because this party is not liberal at all?

If you go through all the parties in the coalition, you see members of the European Green Party, members of the Socialists and Democrats group, and Jobbik, which is a right-wing party. Fidesz always says it is the rainbow coalition and honestly it is. But it was not just Jobbik which was tough to have a coalition with. Even from the Socialist Party or the Demokratikus Koalíció (‘Democratic Coalition’ in translation), there are politicians who are unacceptable for us. As for Jobbik, they were an extremist right-wing party in the past, but since 2013 they are moving into the center, and actually, Fidesz is the one taking over that extremist part of the political sphere. Also, there was a split in Jobbik – the extremist politicians left the party and formed a new one – Mi Hazánk Mozgalom (`Our country movement` in translation). So, the extremists are in that party right now. However, I also need to add that Momentum brought in a guarantee during the negotiations which were accepted by all the party leaders. It states that no candidate can be linked to extremism or corruption, otherwise they won’t be supported by other parties. You can see that Momentum is really trying to clean the opposition to have acceptable candidates for the election. There will be conflicts for sure, it’s natural, but Momentum always said that we look out for the other opposition parties not to do any naughty stuff. If all the other parties come up with acceptable, clean candidates, there won’t be any problem in the coalition.

I’d also like to say that we are in a coalition in our hometown’s municipality with the other opposition parties. There are conflicts, but we can always work together. It works in several other cities and towns in Hungary so I think there’s a precedent of how we can do it on a national level as well. I’m hopeful that we can work together in the future because the country definitely needs that.

Were the principles of cooperation changed or was the same model taken as an example for further cooperation?

This model showed us how we can do this, but this time it will be a bit different. We need to hold primaries in 106 constituencies (we only had one primary in the past for the mayoral election in Budapest), which requires huge infrastructure and expertise. It will be hard, but I do think that with this tool, the elected opposition candidates will have absolute legitimacy in the parliamentary elections, against the candidates of Fidesz.

Is there a chance the MKKP (in translation Hungarian two-tail dog party) will join the coalition? It’s a kind of absurdist party but still, it was officially registered in 2014.

Personally, I’m supporting them, and I really like the stuff they’re doing. It’s like an absurdist party, they are doing fun things, but I can 100% say that they will go separately in the elections.

There was a change in the electoral system by Fidesz: they said that to have an independent list a party must have at least 71 candidates in the constituencies out of the 106 districts. The MKKP said that with this change they will need to have at least 71 candidates to have a separate list, so they will do it. According to the polls, they have 3-5%, maybe they can even enter parliament, but they will definitely run independently. Some politicians say that they will take voters from us – I don’t think that’s true. I think someone who votes for them is really fed up by the mainstream parties or even Momentum. I don’t think that they will take any voters from us, but if they do, then we did something wrong. So, I think they have a right to run independently. They even have several representatives in local municipalities and they also have a vice mayor in one of the districts of Budapest, so they can really show how they would govern. I will be cheerful if they enter Parliament because I’m really interested to see how they will operate as a parliamentary party.

Step by step, we are coming to the final question. What are your thoughts on the future of Hungary? Will there be a way for liberalism?

I really hope that after the elections, we will live in a much freer, much more tolerant, and much more cheerful Hungary. Momentum is a social-liberal, centrist party and we are fighting for the causes we believe in, like the rule of law, the right of same-sex marriage, etc., but we have to accept that in case of a victory the government will consist of socialist, green and center-right parties and compromises will be made. One thing, however, can be said: Hungary will be a better and stronger country after the defeat of the national-conservative Fidesz.

How do you see your future within this country? Will you continue just the political way, or try parliamentary work and then change track?

Honestly, I am not sure what will happen to me in the future. I would really like to work in politics, but I would also like to have a job outside the political sphere to have financial independence. It really shows what happens when someone is dependent on their political roles and makes a living out of it. I will work hard in the primaries to win the nomination and defeat Fidesz in the 2022 parliamentary elections, that I can say for sure. Other than that, I really don’t know. I will have my university degree in 2023, so I’m just at the start of my life. My goal is definitely to represent my district in the parliament, but I can imagine myself as an MEP too. Anyway, fate will tell.

Good luck from the whole liberal world to your plans, to your desires and ambitions and thank you so much for this conversation!