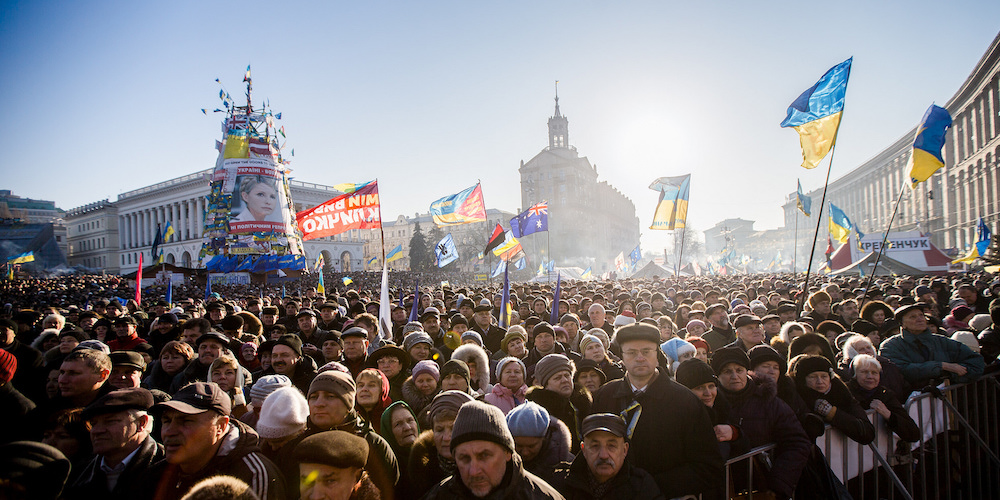 Whenever I speak to people from abroad, I find that most of them have very similar ideas about the situation in Ukraine. The most common questions that I hear are:  “Is it safe in Kyiv present days?”, “Is your country overly corrupted?” However, the political and economic situation in Ukraine is too complicated to give simple answers to these questions. But despite the difficulties, country does not give up fighting for the values and standards that are required for a democratic society. In this article, I will try to shed more light on the current situation in Ukraine in general.

From the very beginning, when Russia annexed the Crimean Peninsula and invaded the Donbass in 2014, Ukraine needed to defend itself to maintain its sovereignty. The war between Russian and Ukrainian military forces in the East of Ukraine goes on. In Ukraine,  the military actions are officially referred to as an “anti-terrorist operation”. But which ATO takes years? During this time, both armies have lost many soldiers. Although Ukraine has got support from many EU members, the US and some other countries, there is not enough money to resist the aggressor. That is why many Ukrainian volunteers collect money to meet the needs of the army, or to provide the children of soldiers killed at war with material support. Some psychologists help the war veterans to return to ordinary life and cope with post-traumatic stress disorder.

The undeclared war caused a wave of migration, as millions of people from the eastern regions of the country lost their homes. Those people moved to the central and western parts of the country. Of course, they need support from the government. Undoubtedly, the Ukrainian economy suffered.

Foreign investments and tourism are two “life jackets” that might help the economy develop. Still, because of the complicated tax system and bureaucracy, investors often refuse to invest in businesses in Ukraine. One of the factors restraining the economic growth and healthy investment climate is corruption. The level of corruption is still high. Ukraine scored 29 on the Transparency International rating on Corruption Perception Index in 2016, with 0 being the most corrupt, and 100 being completely devoid of corruption. Even though the government claims fighting corruption is a priority, there are a lot of problems in this sphere. Still, the creation of transparent state procurements apps: ProZorro and E-Data, and the demand for state governors to show their tax declarations helped to reveal numerous cases of stealing state money. Also, the development of investigative journalism favors the anti-corruption fight and keeps the governors on the hook of public attention. In this way, the hope to build a really democratic society in Ukraine remains strong.

Regarding tourism, it is pretty safe to visit the country unless you go to the Donetsk and Luhansk regions. The rest of the country is peaceful. It is even a bit terrifying to think that these two realities coexist within one country. in one of them, people maintain ordinary lifestyles, have fun, celebrate, go on vacations. Simultaneously, at the eastern border, many people live at the edge of survival, soldiers are being killed. But life goes on….

The current military expenses hamper  the the country’s development. But due to Russian aggression, they cannot be reduced. Nevertheless, the government has approved on a number of reforms, among which educational, medical, pension, judicial, and land reforms. Only some of them have been implemented. Of course, these reforms need time to start working.

As mentioned above, the reforms move slowly. This has become a reason to criticise the ruling government. The leader of the opposition party “Movement of New Forces” and ex-president of Georgia Mikheil Saakashvili organized meetings in the center of Kyiv on October 17th. At the end of these meetings they expressed the following demands: 1) the introduction of a proportional system with open lists for elections of the  Verkhovna Rada (Ukraine’s unicameral parliaments); 2) the сancellation of immunity from prosecution for members of the Verkhovna Rada; 3) the creation of an independent anti-corruption court. Political parties of different orientation joined the meeting. Since then, meetings repeated every week. Then, in December, Saakashvili was arrested, due to allegations of organizing meetings to gain financial support of oligarch Serhiy Kurchenko. Prosecutor General, Yurii Lutsenko, released recordings to prove this. Saakashvili called the recordings faked.

In the beginning of December, some people protested against Saakashvili’s arrest. Others came to Maidan square, because of other reasons, such as demands to raise pensions, to campaign for ethnic group status for  Crimean Tatars, and strict measures against corruption within anti-corruption reform. A part of the protesters organized a tent camp. The police tried to break up the protest. As a result, some protesters and policemen were injured. These days the center is peaceful. The second hearing on Saakashvili`s case was held on 3rd of January. On this date, the Kyiv administrative court ruled that Saakashvili is guilty and refused to assign him refugee status. During the appeal hearing held on the 22nd of January, the court rejected his appeal to the verdict. Deprived of Ukrainian citizenship, Saakashvili isn’t a dear guest in his home country. In Georgia, he was convicted for three years in prison in absentia for his status abuse. The Georgian government insists on the politician’s extradition.

There is no doubt that the right to have peaceful demonstrations is very important. Nevertheless there was a lot of controversy over these protests. A number of political analysts called Saakashvili`s protests “a Kremlin`s provocation”, others supported it and state that Saakashvili`s arrest reveals that the Ukrainian government fears him. In any case, such meetings benefit the Kremlin, because they show that the situation in Ukraine is unstable.

Karl Gustaf Mannerheim, the Finnish Field Marshal famous for his defence of Finland against the Soviet Union, once said: “I want only one lesson to be captured in minds of the future generations: the disagreement in their own ranks is more deadly than the enemy’s swords, and the internal differences open the door to foreign invaders”.

Some political observers ironically admit that Ukrainians will never be satisfied with their government. Still, the perfect government does not exist. It’s possible to influence the anti-corruption fight by using open data tools, supporting journalist investigations, building up civil society. Also, campaigns in social media may help to keep reforms going as has been done with Uliana Suprun’s medical reform. It’s time for Ukraine to unite instead of causing internal protests.

Viktoriia Solodka is a student of Mohyla School of Journalism at the National University of Kyiv-Mohyla, she is also a member of the European Youth of Ukraine.