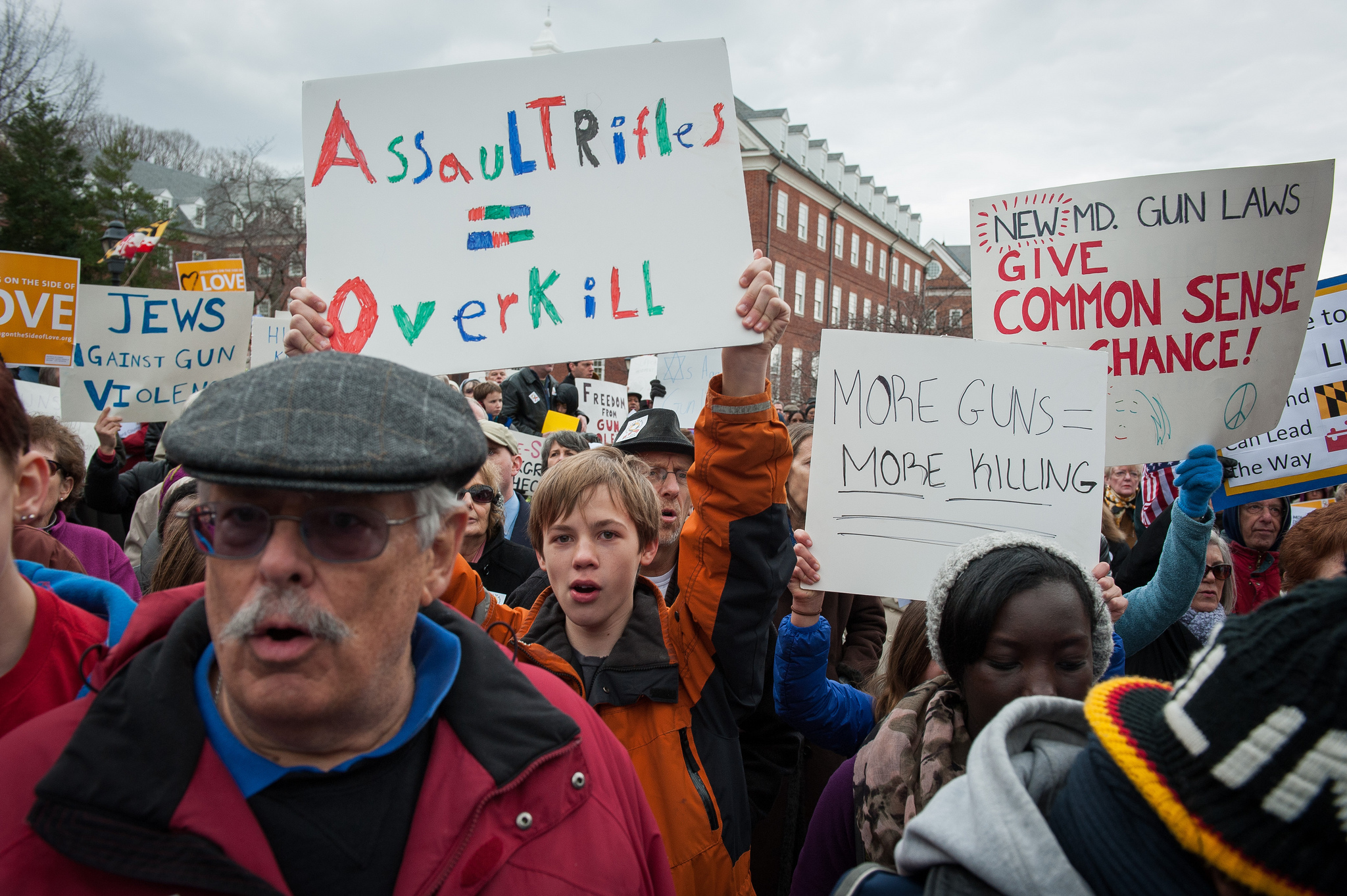 On February 14, a young man entered a school in Parkland, Florida, and killed 17 people. It was the latest incident of senseless gun violence facilitated by the United States’ equally senseless gun laws. This article, however, will not be analysing US gun regulation, and what can, and should, be done to reform it. Rather, it will focus on the action taken by young people in the US since the shooting, and the reaction there has been to them. I will do so in an effort to show that there is a need in our societies for young people to be taken seriously as legitimate stakeholders in the formulation of policy, rather than being treated as inexperienced and impressionable victims.

The mass shooting in Florida has brought about a strong reaction from young people, who are no longer willing to remain quiet while their classmates are killed. One of the actions organised and taken by young people in reaction to the lack of government action on this issue was a school walk out. This occurred not only in Florida but also in many states across the US. In Washington DC, for example, a group of students marched on the Capitol in protest against inadequate gun regulation. In Parkland, Florida, where the shooting took place, students organised a large rally in front of the State Capitol calling for sensible gun laws and for an assault-style weapons ban. They have also multiplied their media appearances in an effort to make their voices heard. In addition, students are organising the “March For Our Lives”, which will take place on March 24 in Washington DC, with the states aim of demanding “that their [kids and families] lives and safety become a priority and that we end gun violence and mass shootings in our schools today.”

Their testimonies are heart breaking. Their activism, borne out of the horror of seeing their friends and classmates die before their eyes, and of the fear that someday in the future they themselves could fall victim to gun violence, is inspiring. However, despite their action, many pundits and lawmakers refuse to take them seriously. Jack Kingston, a former Georgia Republican congressman, stated plainly that 17-year-olds are unable to organise a nation-wide rally, and therefore that the activism we have seen is indicative of hijacking by the ‘left’. He went as far as to allude to the interference by liberal philanthropist George Soros. This is a narrative not exclusive to Kingston, but one pushed by right-wing media as a whole. As for lawmakers, while there have been instances where these young people have been listened to, when it comes to taking action on the issue they have been entirely ignored. Survivors got the chance to attend a town hall meeting with Republican senator Marco Rubio and others, where they were able to press the senator on issues relating to gun legislation, and make their voices heard. In addition, survivors and parents were also able to attend a hearing session hosted by President Trump. Despite this, while survivors where in the galleries watching, State House members in Parkland voted against a motion to even debate a bill that would ban assault weapons and large capacity ammunition magazines.

This reaction to the youth movement that emerged as a result of the shooting reflects a much larger issue: the inability to treat young people as credible, serious and legitimate stakeholders in a policy debate. Young people are either disregarded as immature and inexperienced, or are considered to be impressionable and easily susceptible to influence either by either their peers or by adults who want to push their own agenda. It is an attitude that denigrates young people, the value of the opinions that they hold, the value of their experience, and their overall place in society.

The dismissal of young people as victims rather than stakeholders is also dangerous for our democracy. If young people below the voting age do not feel like their legitimate ideas and concerns are being taken seriously, they might be discouraged from participating in the legislative process. I have often experienced this view in my own home country, where many feel like their vote will not matter, that nobody would listen to them. This is a feeling that can become engrained and translate into an ever-growing abstention rate. There is also the risk of young people who feel ignored and disenfranchised flocking to extreme candidates or parties whose action served to weaken our democracies.

The solution is to treat young people as serious stakeholders and to empower them. Legislators must give young people the opportunity to make their voices heard, to share their experiences and their ideas. This should be done in a constant and systematic fashion, rather than as one-offs in the wake of tragedies such as the one that occurred. The young people in the US marching against gun violence, and against their legislators’ inability to pass sensible gun legislation, are sending a clear message not only to their government, but to all around the world: young people are here, and they must be heard.