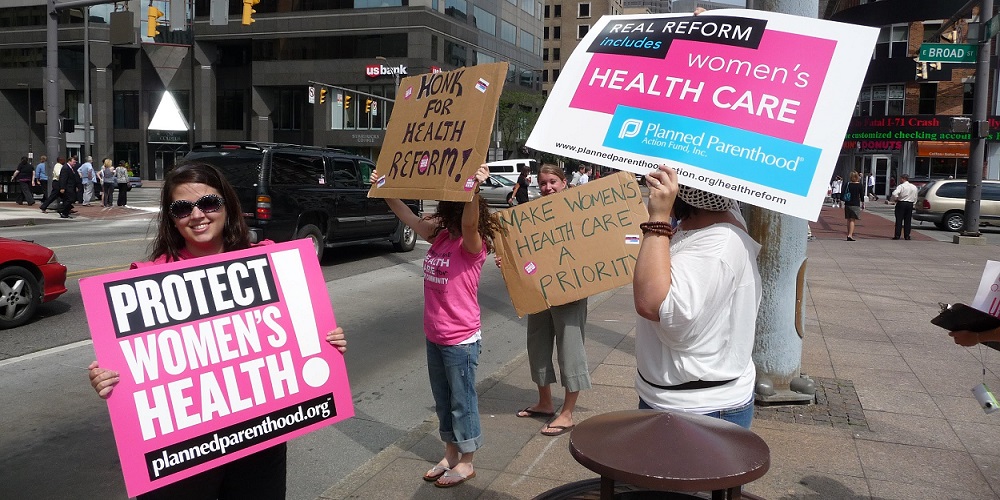 Family planning and contraceptive services have long been under fire in the United States. Advocates are noting that this year in particular is proving to be contentious, as the Trump Administration is set on undoing public health progress with policies that restrict sexual and reproductive health and sexual and reproductive rights in the United States.

During his first week in office, Trump signed an expanded version of the Global Gag Rule, which threatens women’s health in more than 60 countries in the developing world, affecting $8.8 billion in foreign aid — a massive increase from the previous Republican administration. The Trump Administration’s version of this policy penalized any aid group that refused to sever all services to abortion care and counseling—even if they didn’t themselves provide family planning services.

The study, conducted over two years in dozens of clinics in Kenya found that pregnancy rates went down by as much as 30 percent among women who were offered family planning services during their medical appointments.

The study also found an increase in the long term use of “more effective” contraceptive methods — from birth control pills, to injections, to IUDs, to implants, each of which are considered more effective at preventing unplanned pregnancies than the use of condoms alone.

“This work comes from a place that women have a right to determine their reproductive health choices around if and when they want to get pregnant, and we should support them,” writes the study’s lead author, Dr. Craig Cohen. Also those women who have some infertility [challenges]–we should be helping those individuals, when they want to, to get pregnant as well.”

Cohen, a professor of obstetrics and gynecology at the University of California San Francisco School of Medicine, has been an advocate for reproductive health in 3rd world countries since the early 90’s. His work is the first of its kind to find conclusive evidence that integrating family planning into a “one-stop-shop” model for women’s health is effective at preventing pregnancy and increasing contraceptive use. But his findings are coming at a time when women’s reproductive rights are increasingly politicized and under attack.

“If Trump’s global gag rule rolls out as expected, it could pose major problems for the model that the study proved was successful,” BuzzFeed News reporter Jina Moore writes. “In the public health world, its success is a big deal.”

The real victims of this gag order are young women, and the results impact young women in the United States drastically.

“Of course, the real victims are the country’s girls. In the U.S, more than a quarter of girls become pregnant by 20, and nearly one-third those who drop out of school cite pregnancy as the reason,” writes Huffington Post contributor Terry McGovern. “While the teen birth rate has declined over the last 20 years—thanks largely to better access to contraception—rates remain high compared with other industrialized nations, particularly for girls of color.”

Advocates are continuing the fight for access to women’s reproductive and family planning services, both in the United States and around the world — despite an administration that many deem “hell-bent” on creating new barriers for women around the world.