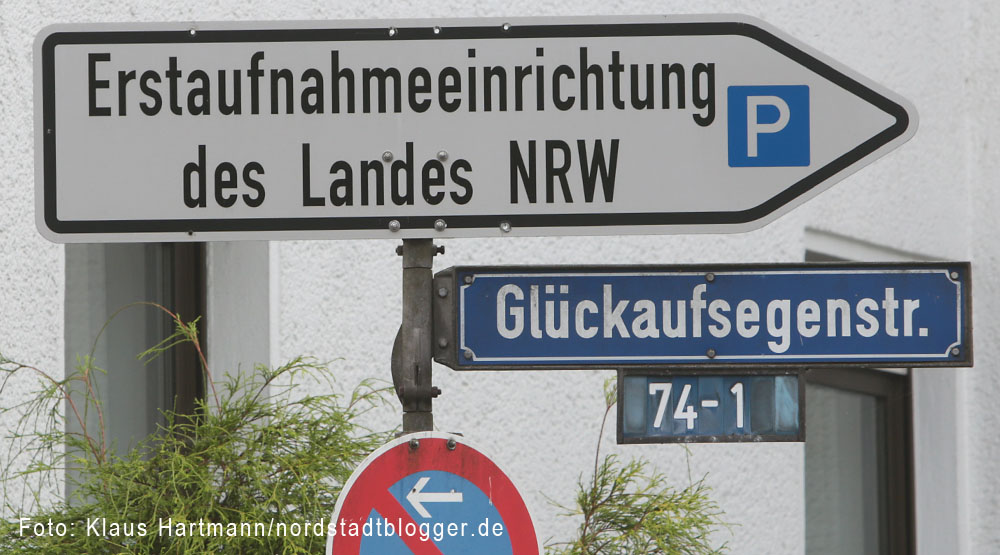 Much has been thought, said and written recently about Germany’s asylum practice. Weekly or even daily, it seems, there are new facts and figures, proposals and demonstrations on whether to open or close borders, on humanitarian commitment and welcoming culture. When speaking with Germans or international observers, one is quite likely to hear their position on Chancellor Angela Merkel or new agreements with Turkey. Unfortunately, the actual asylum procedure is often considered way more difficult to analyse. With this text I would therefore like to give a general overview of the process. The following is what someone experiences after arriving in Germany and informing the border or immigration authorities of their wish to apply for asylum.

First of all, asylum seekers are allocated to an initial admission facility (Erstaufnahmeeinrichtung) by a system called ‘EASY’. After arriving there, they have to wait until there is capacity in the system for them to make an application for asylum. Because the system is severely over-loaded, this usually takes a few weeks or months. The application is then made in person, at a branch of the Federal Office for Migration and Refugees (BAMF), the government body responsible for processing asylum requests.  There they have to prove that they avoided setting foot on one of the ‘safe third countries’: all EU member states, Switzerland and Norway – by for example presenting flight tickets and boarding cards. After fulfilling other formal requirements such as the comparison of fingerprints, the application is complete. This converts asylum seekers (“Asylsuchende”) into asylum applicants (“Asylbewerber”).

The next step contains the very essence of the whole procedure: the interview. During this interview, asylum applicants explain who they are, where they come from and they give account of their reasons for coming to Germany. Applicants must provide details as to the facts of their concrete persecution and, if possible, underpin those facts with means of evidence. They are expected to name and present all relevant events, reasons and documents immediately, including the depiction of sensitive and traumatising events. It is crucial that applicants fulfil this expectation as it can very well be their only interview and thus the only chance of explaining themselves. Even if there is a second interview, new statements will most likely be regarded as ‘late submission’. This means that they will either be ignored or, more likely, be taken as evidence of the applicant’s general lack of credibility, including all their previous explanations.

In this interview, the applicant faces the ‘decision-maker’ (“Entscheider”), representing the German state, who afterwards decides alone on the application’s outcome. They determine who can stay for how long and who will be given which residence permit. Their training consists of 3 e-learning modules of 30-40 hours each and a three-day training session. In gender-specific persecution cases as well as cases involving unaccompanied minors, victims of torture and traumatised asylum applicants, ‘special officers’ hold the interview and take the decision. In order to become a special officer, decision-makers attend two two-day training sessions.

For most asylum applicants, another person is at least as relevant as the decision-maker: the interpreter. To really understand the importance of interpreters in the interview and thus the whole asylum procedure, we must remember that all procedures are held only in German. The application, the interview, the interview protocol are written in a language which is foreign to most asylum applicants. At the end of the interview, the applicant is given a protocol written in German and they are asked to sign it. This protocol is the procedure’s main document and forms the basis for potential future objections as it is always possible to appeal against a negative outcome (in German, of course) and go to court.

Therefore, an asylum applicant facing the German state has mainly one voice, the interpreter’s. This interpreter’s role in the whole asylum procedure can hardly be stressed too much. However, as has been confirmed again in the German parliament (“Bundestag”) last month, there are mainly two requirements for interpreters. First, they should be reliable and second, there is a general security check before employing them. According to the Office’s information and job advertisements, they are currently looking for interpreters for Arabic, Persian and Kurdish. They would prefer people who are literate, know legal or medical vocabulary or have even studied languages, but none of these are necessary.

Interpreters work as freelancers without being sworn-in and are paid per hour. There are no additional contracts or declarations, meaning that for example in case of false translations it is impossible to hold them responsible legally. However, they will probably not be contracted again by the German state in the future.

After interviewing the applicant with help from an interpreter, where needed, and writing a protocol, the decision-maker decides whether the applicant will be granted a residence permit or until when they should leave the country voluntarily before being deported. The applicant is then notified of the decision and his new status as either refugee, person eligible for subsidiary protection or a different resident status – or foreigner obliged to leave the country.

Nathalia Schomerus is an Amnesty International speaker and expert on asylum. She has studied law at Bucerius Law School (Jg. 2010) and is planning to finish her master´s degree in Ecclesiastical History at the University of Oxford in 2017.