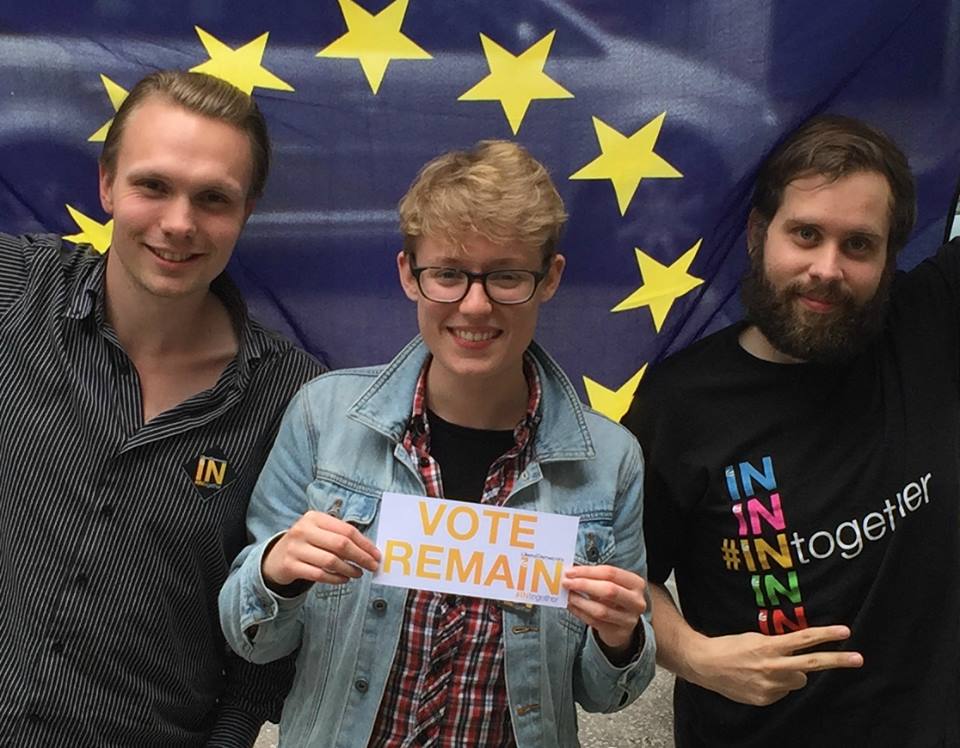 On June the 23rd I finally fell into bed at 2am, after finishing the final preparations for our Get Out The Vote operation in Oxford with the rest of the Liberal Democrat IN campaign team. Exhausted but wired for the election day ahead. We were going to fucking do this.

One hour later, at 3am, my alarm went off to rouse me for the day everything was coming down to. Stumbling sleepy from bed and into the shower, by 4 something me and Conor, our Campaign Organiser in North Oxford, were hastily shoving down some breakfast in the taxi on our way to the campaign committee room in North Oxford to get our GOTV operation underway.

By 6am I had already walked over 10,000 steps posting leaflets to houses reminding them the election was today (polls open at 7am so it’s important to get as many delivered reminding people before then), and I expect there were many fellow activists throughout the country who had far beaten that total. The rest of the day continued much the same – push yourself to give everything you can because we had this one shot at this.

Looking at the data we were getting through we saw a massive turnout taking place throughout the country, far exceeding that of even the General Election last year. Optimists as we were, we figured a high turnout would be in our favour and took motivation from that. Little did we realise that Vote Leave had managed an incredible voter mobilisation campaign, which was the reason for the surge in turnout as they were getting their voters to the polling station in incredible numbers.

When the clocks hit 10pm we fell exhasutedly into beds or drinks, and switched on the results programme. It was all over from our end and now just a waiting game for the first results. Being as burnt out as I was I made it to midnight still awake in time to see the first result declared. The Remain proportion of the vote was nowhere near as high as we should expect to see across the country if we were to secure a win. But chill, I thought, this is just the first result.

After that I passed out on my girlfriend’s lap and didn’t wake again until 6:30am. She was sitting on the end of the bed still glued to her laptop. ‘How is it going?’ I blearily asked. That’s when she told me we had lost. We were gone from the EU.

The reality came crashing down around me as I lay there trying to process what the fuck had just happened. I looked at the newscreen she was watching and saw the value of the pound had plummeted, the stock market when it opened was screwed, and already companies were talking of moving jobs out of the UK.  Everyone was scared.

A growing feeling was then among us that not only had we lost a chunk of our economy in one go, but we had also lost part of ourselves; our EU citizenship. This Citizenship was not just who were are (or were?) but the gateway to freedom of movement and jobs and families, but our guarantee of European standard rights too.

It began to sink in – 75% of young people had voted to Remain, and now our freedoms and identity were trashed. A huge majority of non-white Brits had voted to Remain and now they would have to face racists attacks from a small minority of the country who had had their racist views legitimised by 52%. I began to see that friends who had been offered jobs in European firms were getting their offers taken back. I myself was Graduating two days after the result and couldn’t have felt less optimistic about my future employment prospects. And perhaps the worst betrayal was that all the lies the Anti-EU campaign had fed communities in Britain who were the most disenfranchised with the EU, like my hometown of Bedford, stood the most now to lose in the economic and employment fallout.

The prevailing feeling was one of we are totally and utterly fucked, and with the week of crazy politics we’ve had since, this is not a feeling which has yet changed. It is absolutely heartbreaking to see my country in this state and the people responsible for leading such campaigns immediately backtrack on promises they had made and since wriggle out of any responsibility to provide leadership through the storm they led us into. The only upside has been the Liberal Democrats, standing proudly united and pro-Europe, gaining over 12,000 new members in the space of a week, bringing fresh energy and momentum to the party.

For Britain, who knows what next. Every party but ours is having a leadership contest, the candidates for Prime Minister are all shades of horrendous, racist attacks are soaring and I still cling to a shread of hope we may never get round to triggering Article 50, our formal process of leaving the EU. However, one thing is clear – the canvass for the lies about the EU and hatred of immigrants to be painted on has been set by years of political neglect of the communities who are worse off, who don’t live their lives in a bubble of travel and university and struggle to make their own ends meet every week.

So if in your country you want to avoid the outcome and the display of intolerance mine has faced then all of our priorities need to be figuring out how we can build as fair society as possible for those who have been left behind.

Ab Brightman is a Vice-President of IFLRY, and has been International Officer of Liberal Youth in the UK for three years. She has just graduated with a degree in philosophy & politics, and is looking forward to the free time her inevitable unemployment will bring her.