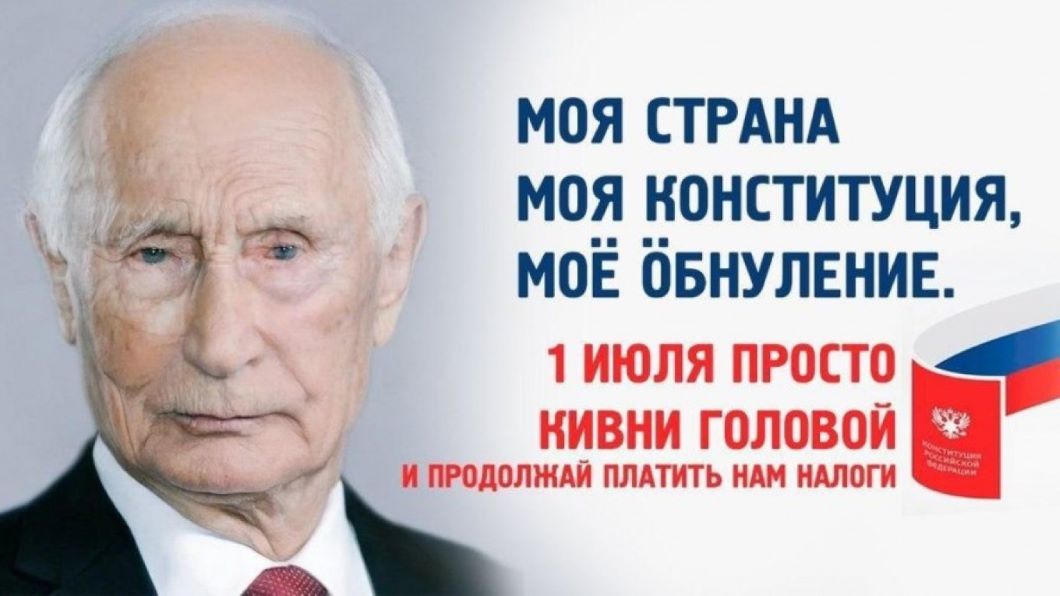 A controversial referendum was held in Russia from 25 June to 1 July 2020 that brings sweeping changes to the constitution, including an amendment that allows Vladimir Putin to run for two more presidential terms – which could keep him in power another 12 years. According to official results, nearly 78% of voters supported the changes.

Originally, the ballot was scheduled for 22 April, but was postponed to a later date in June due to the COVID-19 pandemic. Voters in Moscow and the Nizhny Novgorod Oblast could participate in the referendum electronically from 25 to June. An extended period of remote voting was necessary in these regions to reduce the risk of spreading the virus. At the same time, electronic voting created opportunities for rigged votes. The referendum was a simple YES/NO-vote, where voters could decide whether they agreed to the bundle of 200+ amendments to the constitution or not; therefore, there was no option to pick and choose from the proposed amendments. Voters could either approve the whole package or reject it.

Critics point out that it was not a proper referendum but a ‘theatre’. There was no need for seeking public approval, as Russian lawmakers already approved the changes earlier in January and the president already signed them into law. There were other issues with the referendum. For instance, it did not require a minimum voter turnout, nor was it independently monitored or followed any clear rules. Golos – an independent election watchdog in Russia – said it had received over 2,000 reports of possible violations, including accusations of ballot-stuffing, voter coercion, and double-voting, while Russia’s Central Election Commission declared the vote valid with 77.9% of people supporting the reform package and 21.3% opposing it. According to the Commission, the voter turnout was 65%.

Even though the result was hardly surprising, copies of the new constitution were already on sale in bookshops weeks before the referendum.

What was the whole point of the referendum then? In a televised address to the nation, Mr Putin stated that the referendum was necessary to ensure ‘national stability and security’. This is the official explanation, but observers claim that Mr Putin’s declining approval rating is the actual reason this referendum was held. The President’s already shaky position has further deteriorated during the pandemic. The Russian economy has been hit badly by the coronavirus crisis, leading to a situation that is much worse than official statistics reveal. In these challenging times, the President needed to boost his legitimacy as his approval rating has slumped to its lowest level since he came to power in 2000. It seems like he wanted to create the appearance of popular support to confer his legitimacy on decisions he has already made.

The amendments include a long list of ‘crowd-pleasing’ proposals such as inflation-proof pensions, a minimum wage that is no less than subsistence minimum income, protected status for the Russian language and the banning of gay marriage. The new Russian Constitution also has a reference to the Crimean conflict, calling for the banning of any action aimed at the ‘expropriation’ of Russian territory. Most importantly, the constitutional reform will reset Mr Putin’s term limits to zero in 2024, allowing him to serve two more six-year terms. After his presidential terms officially ends in 2036 and he is still fit for the job, the 84-year-old Mr. Putin can serve as a prime minister under the next president and influence politics from the background.