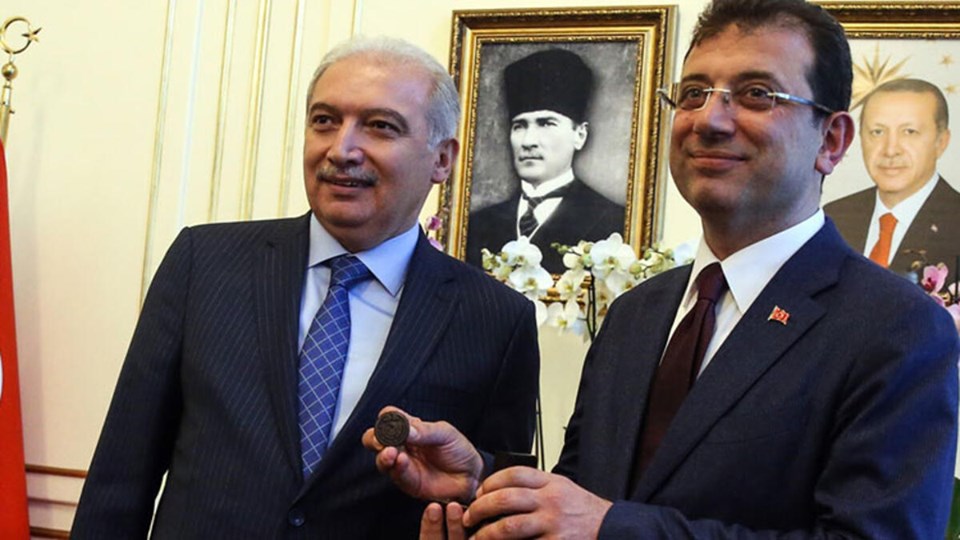 Upon winning the re-election, Ekrem Imamoglu (right) takes the office from his predecessor Mevlüt Uysal (left).

Upon the municipal re-election of Istanbul, in which the main opposition candidate Ekrem İmamoğlu won a landslide victory following the cancellation of the first one, following absurd allegations over the legitimacy of the first election in Istanbul by Erdogan’s Justice and Development Party. I was on the phone with a foreign friend of mine, enthusiastically talking about the bright future of democracy in Turkey. When she heard the words of democracy and Turkey, she naturally laughed at me by saying “C’mon… Democracy in Turkey? After all this time? I see you’re speaking in the heat of the moment, but….” The rest of the sentence was nonsense, at least from my perspective. My response on it was short, “ Democracy in Turkey? After all this time? Always… Because why not?”

The local elections, which were a huge blow to Erdogan, signalled that the downfall of Erdogan might be coming soon. Erdogan himself, on one occasion, said: “If we lose in Istanbul, we lose Turkey”. The opposition parties became more confident after claiming victory in elections in Ankara and Istanbul — the two biggest cities of Turkey. For the first time, two powerful opposition figures emerged that could be an alternative to Erdogan; Ekrem Imamoglu and Mansur Yavas. Before that, there was a problem of finding a qualified candidate that can run a successful campaign against Erdogan. In one of the previous elections, the opposition even nominated an unpopular academic, being out of options, Ekmeleddin Ihsanoglu; who later in 2018 voted for Erdogan. But now, the opposition has two successful and popular political leaders that can defeat Erdogan in the coming elections. The economic crisis, and grievances over increasing oppression, already damaged Erdogan’s popularity among the people, so it is likely that the biggest problem of Turkish democracy might hopefully be gone in soon.

The oppressive leadership of Erdogan pushed everyone to the other axis of the political spectrum. Opponents of Erdogan adopted democratic political positions, as the causes of many problems in Turkey were considered the lack of democratic institutions, rule of law, etc. The political agendas of every opposition party involve promises of re-establishing firm democratic institutions, a check and balance system, etc. In this regard, all of them resemble each other, like they were written by the same person. So, it is crystal clear on the opposition side that democratic principles constitute an integral part of their political positions. Any elected candidate after Erdogan can be expected to follow this political ideology. However, it is unclear whether or not this will result in re-establishing strong democratic institutions.

In the unstable decades of 1990s Turkey, the impact of increasing political polarization reflected itself in social and political discomfort. The conservative people and Kurds were marginalized, and they felt that they were excluded and discriminated by the state, unlike secularists who were named “White Turks”. There were problems with the headscarf: female students were expelled from universities, and women wearing headscarves were not allowed to work in the public sector in the 1990s, which became the symbolic narrative of oppressive “Kemalist ideology”. Today, for the Kurdish people almost nothing has changed, besides that the social discrimination towards them is significantly reduced as they become more integrated into society over the years. However, since conservatives constituted Erdogan’s support base, he introduced inclusive policies to ensure that conservative people no longer faced any discrimination from the state. In a sense, he integrated them into the democratic system by becoming the voice of them. But he often referred to the problem of “old Turkey” to mobilize his support base, by which he aimed to increase political polarization. Today, this kind of political rhetoric does not mean anything to younger generations, as their social environment is more cosmopolitan and among them, there is low political polarization compared to the older generations. The only thing that they care about is to have the same quality of life as their European peers have. In short, it seems that identity politics in will not be that important in the future of Turkish politics, except for the Kurdish question.

I might be optimistic or even naïve in thinking that Turkey still has a chance to re-establish its democratic institutions in the near future. However, from my perspective, the two above-mentioned selected social and political phenomena indicate that there is a great possibility to see a more democratic Turkey than that of Erdogan-like regimes. Finally, it also should be noted that there are many social, cultural, and demographic changes, such as increasing education levels, secularization, globalization, etc. that this essay does not cover but that also indicate the same direction.