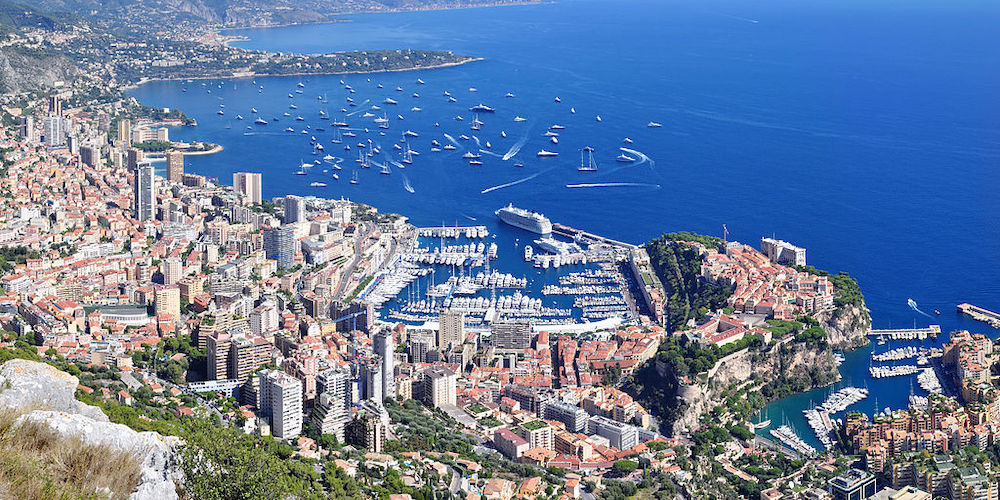 Monaco is so small, that this image shows most of it.

In wealthier, more financially-minded circles, the problems presented by international borders and resultant visas have been negated, transforming citizenship into a free market commodity. In much the same way that American healthcare and British rail services are administered, citizenship is becoming a consumer choice. This is known as ‘golden passporting’: a rather rosy term for what is, in essence, lots of cash for citizenship.

Twenty-one countries throughout the world offer ‘golden passporting’ as a citizenship option, alongside more conventional methods, such as naturalisation and familial ties. Three of these countries, Malta, Cyprus and Monaco, are within the EU or its sphere.

Of course, the key question is: why has citizenship become a free market commodity? Each of the twenty-one nations that allow it do so for different reasons (more income, to boost their international profile, etc.), but it is around two of the EU-linked states that I will base my hypothesis: Monaco and Cyprus. (The history of Maltese nationality and the nature of its citizenship is long and tempestuous, and is a matter for a different piece.)

Monaco falls outside of the EU but is linked to certain institutions (such as the European Medicines Agency and the Eurozone) through its relationship with France; however, Monaco’s various trading relationships are largely independent from the EU. Brussels and, consequently, the ECJ (European Court of Justice) have little say over Monégasque affairs.

Cyprus has been a member state since 2004, but, due to a portion of the island having become a breakaway state (the Turkish Republic of Northern Cyprus (TRNC)) following the Turkish invasion of 1974, holds a unique status within the EU and is not subject to all institutions and regulations; for example, Cyprus is not a member of the Schengen Area. It is, however, a member of the Eurozone.

The Monégasque and Cypriot memberships of the Eurozone, in addition to their statuses within the EU, are important to my view.

Despite being the second-smallest country in the world, Monaco has built a reputation as a Principality of luxury, a playground for the rich and famous elite: ‘golden passporting’ has played a key role in this. Monaco, having an area of just 2km2, little access to natural resources and no real capacity for conventional infrastructure, has instead embarked on building a strong goods and services economy. For a seven-figure sum, one can gain access to the EU, access to the Eurozone, pan-European financial systems and all members states of the Schengen Area, whilst being able to operate without regard for various EU directives and legislation – in particular, those relating to financial goods and services.

Combined with Monaco’s (justified) reputation as one of the world’s most notorious tax havens (on par with the Cayman Islands and Panama), and the aforementioned fact that its type of governance will likely continue to scupper any bid for full EU membership, then investing in a Monégasque passport, and renouncing any other nationality(ies) in the process, may become all too tempting.

Across the Mediterranean on Cyprus, the island found itself as one of the Eurozone’s poorer members, with a fluctuating economy based almost solely around tourism and with roughly half of its territory under the control of the TRNC. Upon its ascension in 2004, Cyprus joined as a member state with a frozen conflict zone and with the TRNC-controlled area of the island designated as being under occupation.

Ergo, unlike Monaco, with size being its prime issue, Cyprus sought to add a more resilient, more reliable string to its economy and to make itself more attractive to potential investment despite its frozen conflict zone.

Although bound to EU regulations and institutions in a way that Monaco is not due to its full EU membership, its opt-outs and exclusions, due to the disputed status of the TRNC, Cyprus’s ability to veto in the European Parliament and its looser application of EU financial and taxation directives, can make a Cypriot ‘golden passport’ equally attractive.

As has become clear, ‘golden passporting’ presents a great risk to the EU: security.

Both Monégasque and Cypriot data protection laws (which are in-line with EU-wide standards in both countries) mean that those who have purchased nationality are kept anonymous. It also appears that, once a ‘golden payment’ has been made, few questions are asked and a passport is then issued. This appears to be particularly true of Monaco.

Ergo, fraud and the funnelling of dirty money or other ill-gotten gains into the EU through either Cyprus or Monaco are obvious pitfalls of floating citizenship on the free market. Thus, financial criminality could be made all the more easy, as money could be deposited across the Eurozone as well as in non-Eurozone EU and EEA member states, as happened during the Moldovan Government Scandal.

The risks posed by ‘golden passporting’ have not gone unnoticed, however. The European Parliament has floated the possibility of an investigation into Maltese, Monégasque and Cypriot ‘golden passporting’ since a close associate of Russian President Vladimir Putin was able to buy a Cypriot passport. The main concern of MEPs is that the processes of purchasing these three nationalities is not open, normally requires few checks and can be issued to almost any person, regardless of their background.

However, the EU may struggle to affect any real change to the mechanics of ‘golden passporting’. Such action would likely require direct EU involvement in the nation-state affairs of Malta and Cyprus. (The EU would probably not be able to intervene in Monégasque affairs.) Thus, the unanimous approval of all unaffected member states would be required; this is unlikely to happen.

Recently, we have seen measures to sanction Hungary and its increasingly demagoguesque president Viktor Orban blocked. One member state out of twenty-seven (Poland) vetoed the measures; thus, they failed. If the EU were to attempt to pursue punitive actions against member states for the way in which they issue ‘golden passports’, it would only take one member state (most likely Luxembourg or Ireland, as, like Monaco, they largely operate as tax havens).

Whilst one would hope that states that insist on issuing ‘golden’ passports would do so in a sensible, well-checked manner to individuals who would bring genuine investment or an economic boost to said state, this appears to not be the case, particularly with regards to Monaco and Cyprus. However, unless it can obtain unanimous agreement on how best to combat this, the EU’s options are limited. Sanctions and treaty changes would be beyond Brussels’s reach, as would tightening immigration controls at certain borders (both Malta and Monaco are in the Schengen Area and no border infrastructure currently exists between Monaco and France). It appears that little can be done to halt, or at least scupper in any meaningful way, the free-marketisation of nationality, and its related risks and consequences.

It has to be reiterated that this article is only a personal view based around current information. New information surrounding ‘golden passporting’ could emerge and alter this. But, for now, I see this as being the most probable outcome of ‘golden passporting’, the beginning of a series of consequences. Perhaps, in time, nationality will be bought, sold and used in much the same way as (to restate these examples) American healthcare plans and British rail franchises are. If this were to happen, then the very notion of ‘nation-statenes’ and its various associated identities would come under threat, as they could evolve to be little more than a human cryptocurrency.