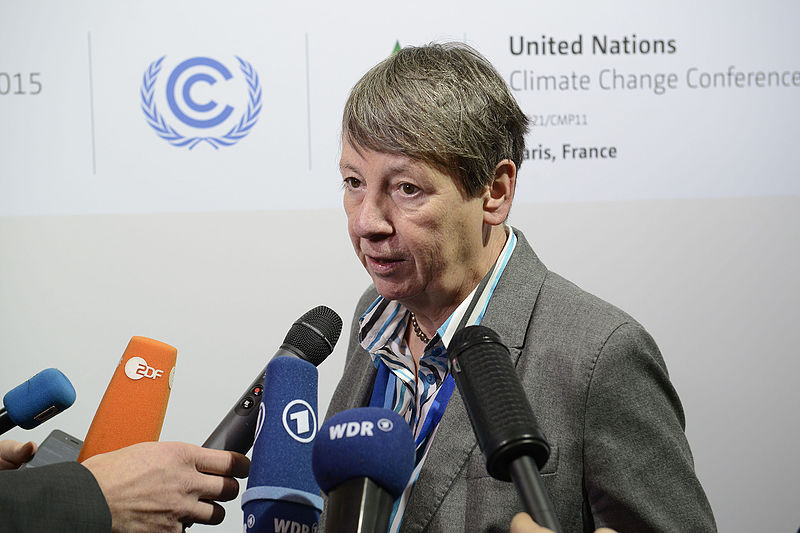 Dorien Lugt (Netherlands) and Jonas Hall-Andersen (Denmark) were on IFLRY’s delegation to the UN Climate Change Conference (COP22) in Marrakech this year. Besides this article on Germany’s climate roadmap, they wrote about their general impressions, the impact of the US presidential elections, and on the topics of negotiations during the conference.

Two weeks ago, on Monday the 14th of November, Germany set an example for the rest of the world. It is the first country presenting a long-term “climate action plan” on how to reach the goals defined in the Paris agreement. The plan describes a strategy to transition from fossil fuel to renewable energy, with an ambition of cutting 80-95% of CO2 emissions by 2050. The plan was presented during a press conference in Marrakesh, at the UN climate change conference by Barbara Hendricks, the Minister for the Environment, Nature Conservation, Building and Nuclear Safety. IFLRY delegates at the conference, Jonas Hall-Andersen and Dorien Lugt, had a closer look at the plan.

The Klimaschutzplan 2050 had been a topic of discussion in the German media well before its release. The aim of Environment Minister Hendricks was to make Germany a pioneer on climate change and become an example for the rest of the world. She wrote a highly ambitious plan including a roadmap for transition towards sustainability for five sectors: transport, energy, building, agriculture and industry. The plan is a detailed roadmap to reach intermediate goals in 2030 and even sets goals for 2050.

Unfortunately, other ministers, especially Sigmar Gabriel, Vice Chancellor and minister for Economic Affairs and Energy, didn’t accept the plan and compromises had to be made. Complete decarbonization by 2050 is not mentioned any more, but stays implicitly in the plan as there is no other way to achieve the stated goals. The ban on new coal power stations has been replaced by the statement that modern coal power stations are important in a transition phase. Initially it was stated the consumption of meat should be reduced by 50% in 2050, which is not in the final version. The plan still contains good parts, such as the aim to build only climate neutral buildings from 2050. Also, the commission including representatives of the civil society will look at the challenges related to the phase out of fossil fuels.

German media and many of the German conference participants had expected more and were unsatisfied by the final plan. During the press conference Hendricks stressed that the plan was still very ambitious and that it made clear that “we really are serious about this.” She was surprised by the negative comments in the media and said: “change should happen in all sectors, that is not easy. It is important that all my colleagues are involved.” Back home however, she showed her disappointment about the compromises to be made.

We understand the disappointment felt in Germany, which neighbours both our home countries. However, we also consider it very positive that one of the biggest economies has launched a plan on climate mitigation involving all economic sectors with a long-term strategy. More ambition is always better and these might be only the first steps. For now, however, we strongly encourage our own governments to take notice of our neighbouring country and come up with a similar, or even more ambitious plan!