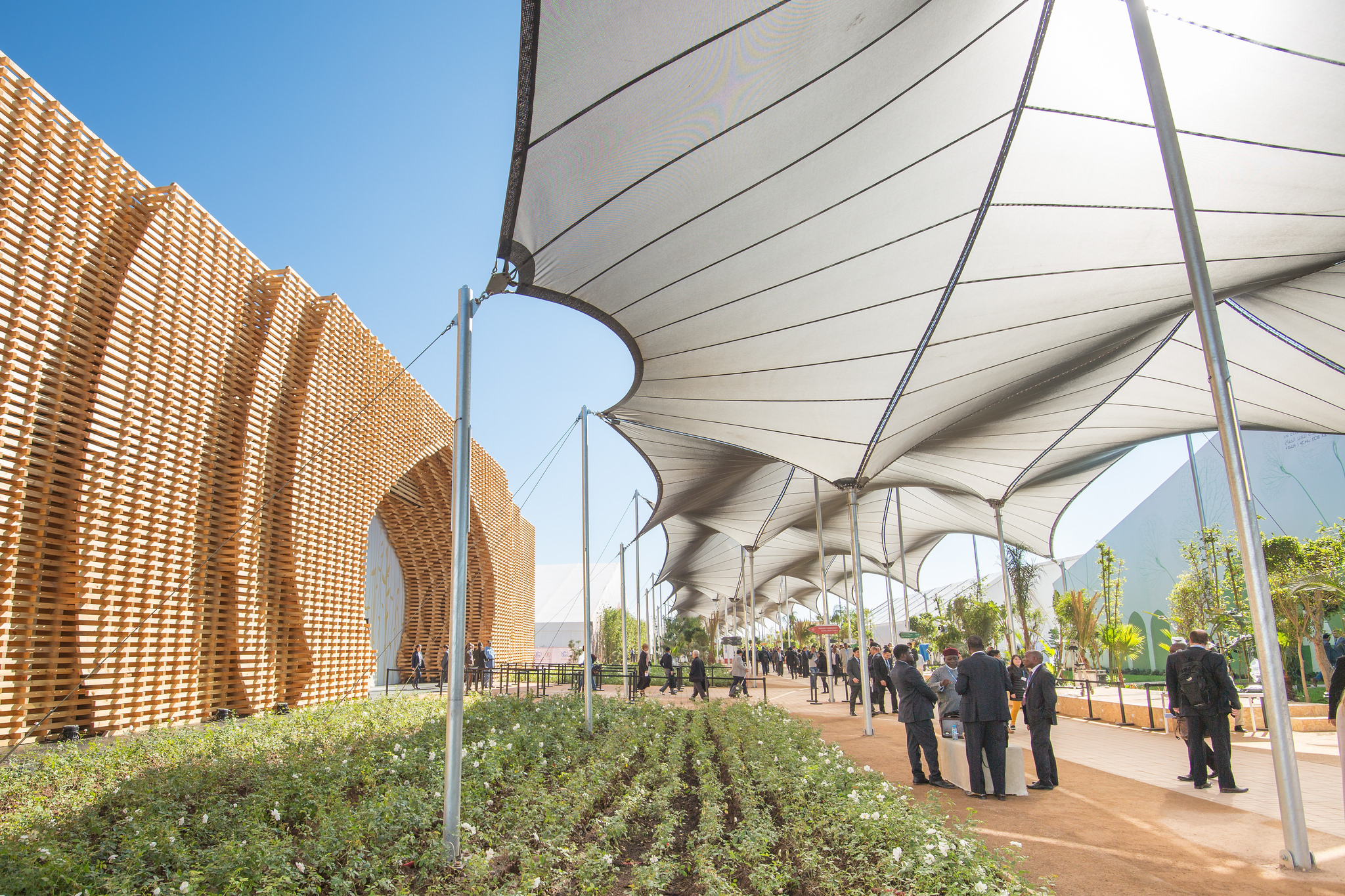 The COP22 conference venue in Marrakech

Dorien Lugt (Netherlands) and Jonas Hall-Andersen (Denmark) were on IFLRY’s delegation to the UN Climate Change Conference (COP22) in Marrakech this year. Besides this article on finance, they wrote about their general impressions, the impact of the US presidential elections, and on Germany’s climate roadmap 2050. In this article, we will elaborate on the topics of negotiations during the conference.

The “COP of Action”, as the UN Climate Change Conference in Marrakech (COP22) is nicknamed, is all about the implementation of the Paris Agreement. The agreement was signed last year and entered into force on November 4th this year. The countries agreed to limit the temperature rise below 2 degrees and “try their best” to keep it even below 1.5 degrees. Each country also developed a national plan for how to contribute to this goal. Developing nations do not always have the means to implement their plans. It is also in the interest of developed nations however, that developing countries join the movement. Therefore, developed nations promised 100 billion USD per year starting from 2020 in order to help developing nations to implement their plans. A lot of questions related to this 100 billion USD still had to be solved, however. For example, where should this money come from? And what should it be spent on? For this reason, finance was a core issue during this COP.

A first question to be discussed was the question how to monitor and verify a donor country’s contribution to the 100 billion USD and what should or shouldn’t be counted as a contribution. It was agreed for example, that the donations should be ‘new and additional’. In other words, the money should not be taken away from other development or environmental projects. Also, some countries label loans and grants to developing countries as part of their contributions to this 100 billion USD, whereas the value of a loan is different from the value of a donation of course. And not only it was it questioned how the accounting should be done, but also who should be doing it. It was proposed that the OECD should report the donations, but developing nations opposed this as it implies that developed nations monitor their own contributions.

Another issue was concerned with the way in which in what way the transfers should be organized. It was agreed already that donations may be direct bilateral or multilateral transfers, or transfers through a fund established specifically for this purpose: the Green Climate Fund. Bilateral and multilateral transfers make monitoring more difficult. Also, developing countries with less ‘international friends’ clearly have a disadvantage in this case. For example, Sudan is completely dependent on foreign aid to implement its plans, but receiving aid is complicated due to the economical sanctions imposed on Sudan. The Green Climate Fund receives money from donor countries and allocates this money to receiver countries based on their project proposals. In this way a more effective and fair allocation can be achieved.

The Green Climate Fund can also ensure a good balance between money for adaptation and mitigation. It is in the interest of developed nations that developing nations join global mitigation efforts. Developing nations however, requested support for their adaptation measures, as climate change has been caused mainly by developed countries so far. It was agreed that about half of the 100 billion USD should be spent on mitigation and the other half on adaptation. Of the currently pledged money, only 20% is available for adaptation however. How to achieve a better balance in climate finance was another important topic of discussions during this conference. Part of the problem is that most developing nations did not specify how they would use the money provided for adaptation in their requests for financial support. The Green Climate Fund promised to help developing nations to formulate their requests in a better way.

Related to this discussion is the Adaptation Fund, which was developed in 2001 as part of the Kyoto Protocol, in order to facilitate financing of adaptation measures in developing countries. The question was whether this Adaptation Fund should also serve the Paris Agreement. Countries that did not sign the Kyoto Protocol initially opposed this, as they had not been involved in the establishment of the Adaptation Fund and therefore had not had a say in creating the rules of the game. However, on the last day of the conference it was finally agreed that the Adaptation Fund will serve under the Paris Agreement. Germany, Sweden, Italy, and Flanders and Wallonia already made the first pledges to this fund. This should pave the way for more money for adaptation in the future.

Finally, there is the issue of loss and damage, the costs for negative impacts of climate change that could not be prevented by mitigation and adaptation. Loss and damage was mentioned already in the 1990s by the small island states, stating that they should be compensated by the largest emitters for these costs. On this issue, no agreement was reached as developed and developing nations did not share a common definition of loss and damage and had different opinions on whether it should belong to adaptation finance or be considered separately.

Decisions on loss and damage, together with almost all other controversial topics, have been postponed to the next conference in May 2017. The Marrakech Action Proclamation, signed at the end of this conference, mainly reconfirms the countries’ commitments to the Paris Agreement. For a COP nicknamed the COP of Action, the “special effects” were quite disappointing. Perhaps the warm sun in Marrakech slowed down the decision making process a bit. Hopefully this will be solved by the colder climate of Bonn in the next conference, where we would like to see more action!

One comment on “Climate finance: what to do with 100 billion USD? – Dorien Lugt and Jonas Hall-Andersen”