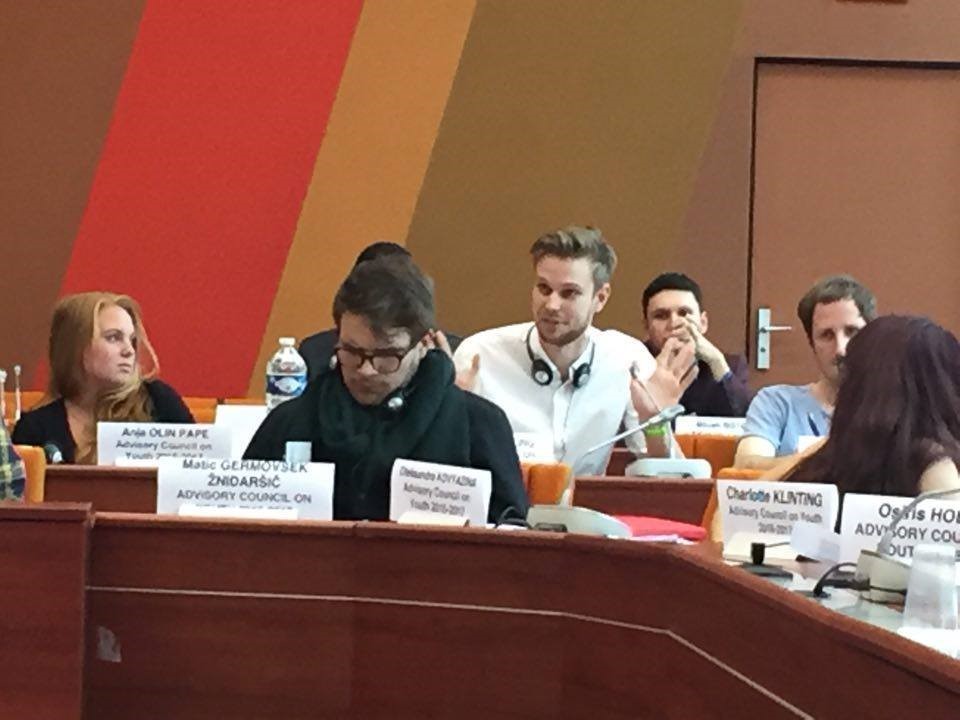 This article is written as a diary piece, giving a personal view on the busy schedule of an IFLRY President. The article follows IFLRY President Christian Scharling on his latest trip to Strasbourg for the induction course of the Advisory Council on Youth 2016-2017 of the Council of Europe.

Alarm clock ringing. My daily routine is starting a bit earlier than usual. I want to be sure I’ll get to the gym and get to the office, before I begin the somewhat long journey to Strasbourg. I’m tired, as I got late to bed the night before. To wake-up, I quickly go through national and international news as well as check if I’ve received any e-mails during my sleep. It’s the same ritual as before I go to sleep. After hitting the gym and going to the Office, I rush on to the airport. Through security and further to the flight.

Take-off. I’ve made it. I have everything 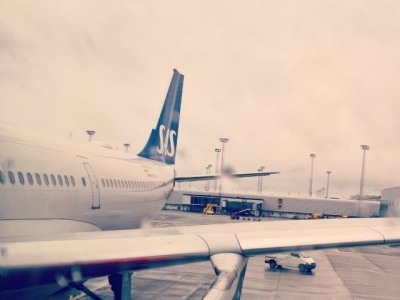 with me, I’ve managed the remaining tasks at my job and I got to the gym. It sounds cheesy, but ‘take-off’ always feels like a new adventure is awaiting. Although, admittedly less so in my sixth year working with and for IFLRY. A long journey awaits, as I fly from Copenhagen to Frankfurt and from there will take a bus going to Strasbourg. On a positive note, travel time always allow me to work on long overdue tasks and shredding my to-do list.

Finally arrived at the European Youth Centre in Strasbourg. Just made it to dinner with a few colleagues, also arriving with the evening bus to Strasbourg. I have represented IFLRY in the Council of Europe youth sector since 2014. The Council of Europe youth sector is quite unique. On the one side, you have 30 organisations aiming to represent the diverse voice of young people in Europe, while on the other you have the 50 signatory governments to the European Cultural Convention. The two components can only take decisions together by consensus, which in effect means that the governments can’t do anything without the youth organisations and the youth organisations can’t do anything without the governments. This is youth participation at its highest level – through co-decision and co-management. No other international or national institution in the world involves young people to the same extend as the Council of Europe. If you’re interested in the structure, the history behind it or the Council of Europe youth sector in general, then don’t hesitate to contact me.

After a few introductory games to all the participants of the induction course – mainly the 30 new members of the Advisory Council on Youth 2016-2017 – I’m pulled aside. The day after we are participating in a committee meeting of the Parliamentary Assembly of the Council of Europe. A few of us who have been in the previous Advisory Council (2014-2015) have prepared statements for the debate with the members of national parliaments who are participating. The debate is on corruption and how young people can help fight it. My intervention is on how young people can help fight political corruption. However, some last minute changes have been proposed by the Secretariat of the Parliamentary Assembly. We have to adjust.

The day is coming to an end. After postponing a late meeting till Thursday with the IFLRY Statutory Working Group and some socializing with great colleagues, I go to sleep. I know, I’ll have some busy days ahead. 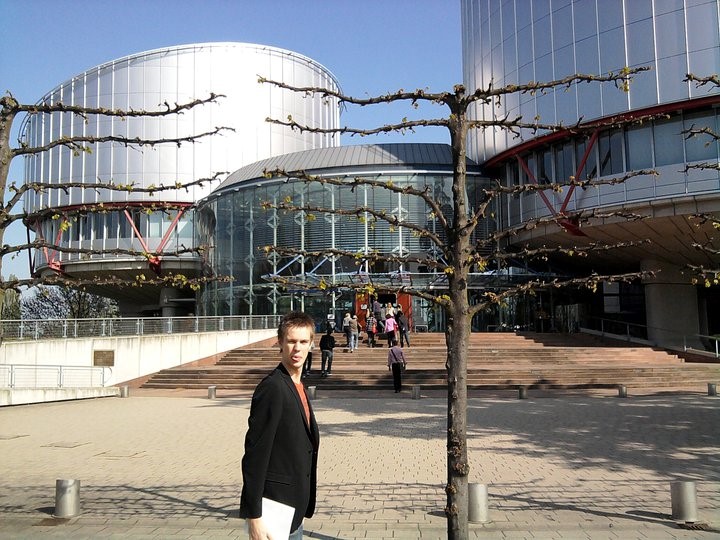 Rise and shine. The course for the new Advisory Council mandate only lasts for three days, which means a busy schedule. In the morning we are having several sessions on the Council of Europe, the structures of the youth department and the overall functioning of the various Council of Europe bodies.

The European Court of Human Rights (ECtHR) = the central human rights Court in Europe, where individuals can file cases against their states, if their human rights are violated.

The Secretary-General (SG) = Similar position to the one of the United Nations. Leads the day-to-day work of the Council of Europe and employs a staff to do so.

The Parliamentary Assembly (PACE) = Members of national parliaments across Europe, making recommendations and policy proposals for the CM to adopt. The PACE also appoints the Secretary-General and the judges of the ECtHR.

The Congress of Local and Regional Authorities = Members of city councils and regional parliaments across Europe, making recommendations and policy proposals for the CM to adopt.

The Conference of INGO’s = the non-governmental part of the Council of Europe. Here NGO’s can register and provide input to the CM, PACE and Congress proposals.

The Commissioner for Human Rights = oversees human rights protection within the Council of Europe member States.

And many other important bodies, working groups etc… Admittedly, the morning was a bit of a snooze for someone who has already been in the previous mandate (i.e. me), however, always nice to brush-up knowledge and interact with the new members.

After an information-packed morning, we all went to the Parliamentary Assembly; first for a networking event with the members of parliament; and later for the corruption debate, where we had been invited to provide input. I spoke on how many young people often felt alienated from politics, perceiving it as for the “one-percent” of society. As such, access to information was key, in order for young people to hold their governments accountable and break the negative stereotypes. Further, youth participation at local, regional and national level was of utmost importance. This way, young people are included and as such taking responsibility of their societies. You can read the full statement here. It was well-received and the Italian MP who was leading the working-group promised to incorporate our comments. Following the debate, we continued with more information on the Council of Europe youth sector.

The programme officially ended around 22.30, where after we all stayed and got to know each other in more social terms. Before going to bed, I made sure to go through my daily routine of checking the news, e-mails and other urgent outstanding matters. 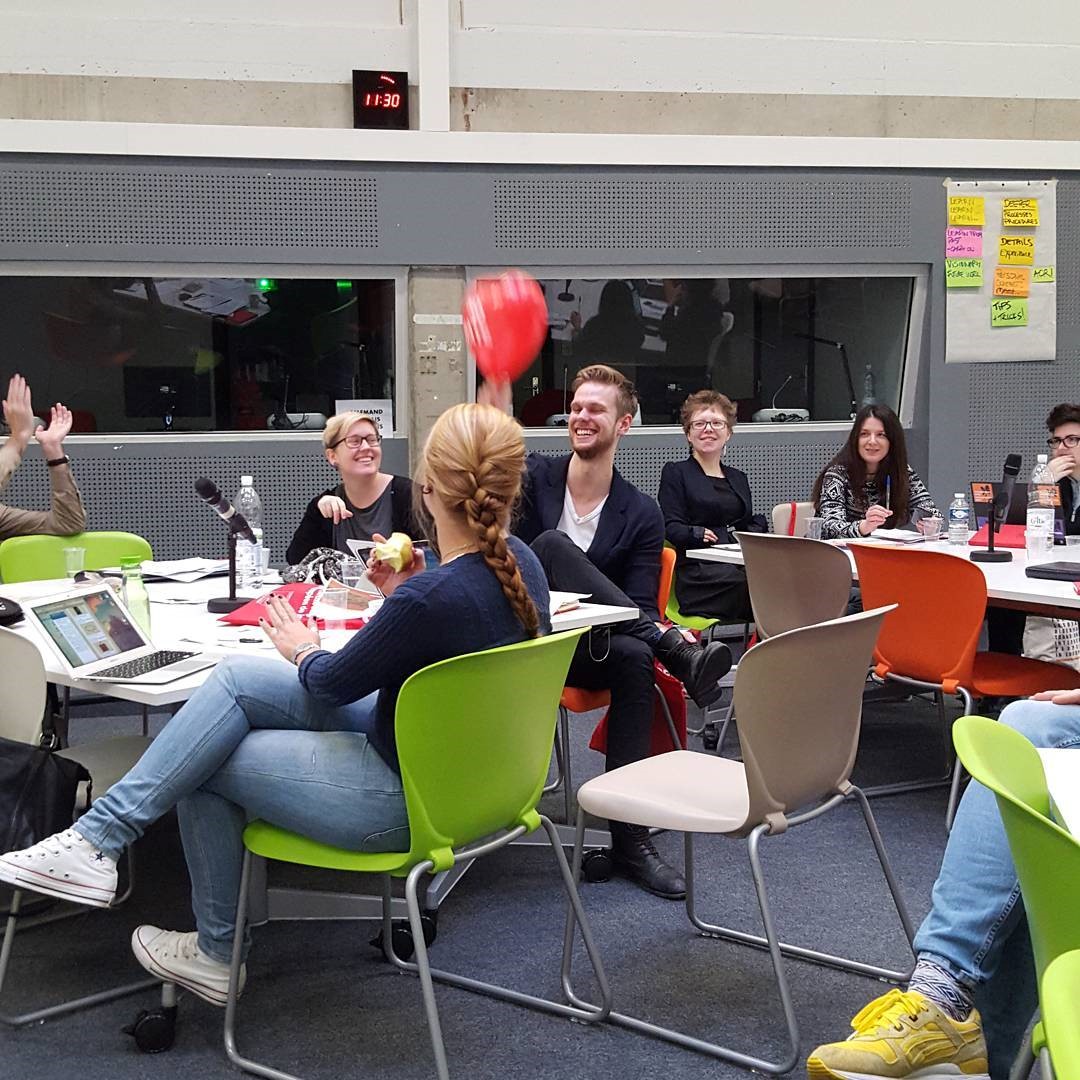 It’s my Birthday(!). I had more or less forgotten, as I had already celebrated it several weeks ago (knowing that I would be travelling on the day itself) – but woken up with so many great messages from colleagues, friends and family, I was soon reminded. The members of the Advisory Council all knew (thanks to Facebook) and after a nice Birthday song in the morning, we could go on with the day.

The day included more information on the work of the Advisory Council and a simulation game to showcase how the body works together with the 50 signatory governments. All in all, a fine day with a lot of information.

After an intensive morning, we got to interact directly with several Council of Europe institutions, as the organizers had made a world café with the relevant stakeholders. As such, I ‘visited’ the Committee of Ministers, the Parliamentary Assembly and the Congress of Local and Regional Authorities, where representatives would answer our questions about them and give us important lessons on how to influence them. The networking event was followed by a reception, where the representative from the Parliamentary Assembly praised my intervention from the day before. I further spoke to the person on how the Advisory Council could further improve relations with the PACE.

As you can see from the time, the reception developed into a party with rhythms of Shakira and others. A good evening, although, several days of constant attention and work does tire you. I slept well that night.

Last day. After my daily morning routine, the Course started with an introduction to the European Youth Forum (YFJ) and how the YFJ makes use and influences the Advisory Council. IFLRY/I is elected through the European Youth Forum to the Advisory Council. We finally got on to planning ahead for our mandate and our first statutory meeting as an Advisory Council in late March. On the March agenda, we will for example conduct the internal AC elections for bureau and other bodies. Also, we will have to follow-up on important processes, such as a recommendation from the previous mandate that was forwarded to the Committee of Ministers for adoption. The recommendation is on young people’s access to human rights.

After some hectic talks on the way forward, I had to leave for the bus to Frankfurt and onwards back to Copenhagen. I would only return at 23.30 local time Copenhagen that evening, getting to bed around midnight (luckily I live close to the airport). The next day I went to New York for the ECOSOC Youth Forum. What is the ECOSOC Youth Forum, what happened in New York, how did IFLRY make a difference – you might ask? Well, be sure to follow the next piece soon to be published here exclusively on LIBEL(!).