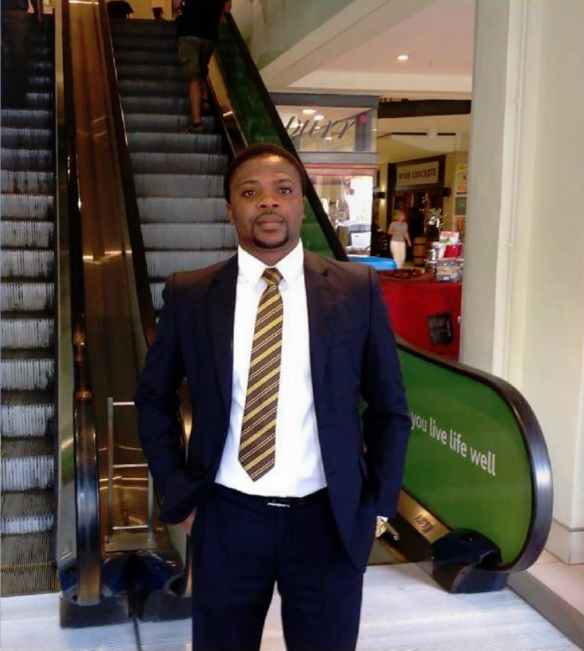 The Progressive People’s Party of Ghana (PPP) was only recently founded when it entered the Ghanaian national elections in 2012. Although the party was a relative newcomer on the political spectrum in Ghana, PPP managed to come third in the elections – as the second largest opposition party. Their progressive policies and active encouragement of student participation positioned them as the voice of a new generation in Ghana. We spoke to Divine Nkrumah, Youth Coordinator of this new party, about Ghanaian politics and how the new generation can help to change the political future of Ghana.

“What characterizes politics in Ghana? Empty rhetoric. Maybe our two largest parties, the National Democratic Congress and the New Patriotic Party, seem to have different views on paper, but in reality there are no differences between them. When one party takes over from the other, they continue the policies they fought against while they were still in the opposition. And while they may claim to bring prosperity to the country, they’re actually maintaining the status quo with corrupt policies.” The National Youth Coordinator of the PPP has an air of infectious enthusiasm. And he tells an interesting story: in Ghana 90% of the political power rests with the president, there is little separation of powers and government is rarely held accountable. The path that took Divine to his current position as icon of the fight against the system is, curiously enough, completely coincidental.

In his early youth Divine was never interested in politics. In his own words: “I wanted to go to university, get my degree, become an entrepreneur and earn a living.” This changed when he read the book “Dark Days of Ghana”, by former president Kwame Nkrumah. He realised that as a Ghanaian he not only had responsibility to himself, but also towards his country. He decided to commit himself to this newfound cause the best way he could – by joining a political youth organisation.

“It was only at that time that I realised that all of us have a responsibility to build a better Ghana. I joined a student organisation on my campus that was a part of the Convention People’s Party, an eventually became their president.” After graduation Divine’s fortune changed. Without a job he returned to his village, where even the local government job agency couldn’t find work for him. Despite the big promises by national politicians that every young Ghanaian would get a job after finishing his or her education. Something was fundamentally wrong with the political system in Ghana and Divine believed he saw an alternative.

“Our party is based on four pillars. First we want to decrease executive power – although we choose our representatives, many other positions are presidential appointments; positions that should be up for election as well. The second pillar is the separation of government and parliament. Right now, 40% of the ministers is a member of parliament as well. They are there own control mechanism! What’s even worse is that the ministry of justice and the public prosecutors are a single organization, causing the judicial system to be inherently corrupted. This is the third pillar we fight against. The last pillar we believe in is that every Ghanaian deserves an education. Currently there is no universal right to education and many people receive little formal training.”

This last point, the universal right to education gives PPP its strength. The progressive policies of the organization resonate well with the new generation of students. As National Youth Coordinator Divine played an important part in the exponential growth of grassroots PPP student organizations throughout Ghana.

“It is essential, if we want to change Ghana, that we educate young people. We need to tell students that, though the party is still young, we can have considerable power.” He organized seminars to spread the PPP message and teach students how to organize themselves and accomplish their goals. Next to this PPP also provides non-formal education on politics and how to hold government accountable.

Divine’s most important message is to show discipline. “When you establish yourself as a progressive party, everything you do should support that. When we have a position on a subject, we should communicate our opinion without fear of repercussions. We expect all our members to do the same, to have the discipline to achieve their goals and to keep their backs straight against people with a different opinion.”

From underdog to pack leader

In Ghana this approach has worked. When PPP started out, nobody accepted their views, nowadays however, many other parties have copied the policies that PPP has stood for since their beginning. The network of youth organizations throughout Ghana illustrates further that the party is gaining momentum – as does their participation in the presidential elections.

When asked that he would say to politically active young people around the world he has a simple answer: “Be a voice to the crowd. Pick a subject that you believe in and don’t be afraid to get into the centre of attention. It is important to expose corrupt and incapable government and that you hold the people you elected accountable. Yet: always guard the peace – society is served best by unity, not division.”

The accomplishments of PPP in the past three years have been extraordinary. What will happen in the future? “We need to establish a system that will allow more parties to flourish and grow in order to represent the entire population. We should use our influence to create more jobs and growth for the country in a way that benefits everyone in Ghana. Are these lofty goals? Sure they are. But if we have proven one thing it is this: if we can grow the Progressive People’s Party this much in three years, then everything is possible”

This article is a translation (with small adaptations) of an interview published in DEMO, the periodic publication of the Young Democrats (JD).