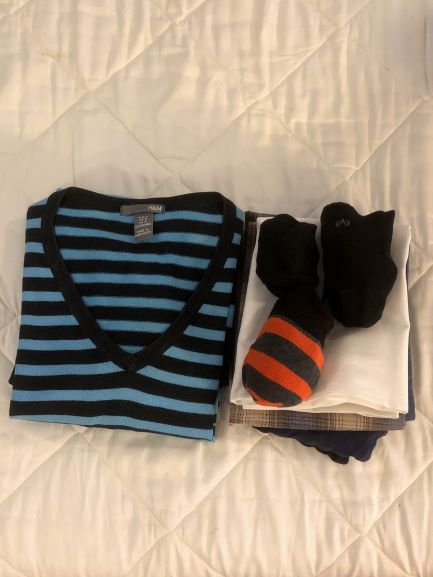 Having trouble to secure life essentials or a roof over one’s head hasn’t disappeared just because of the pandemic. In fact, these things have become even harder. Massive lay-offs and outright terminations have plunged many people into poverty even if they might have been well off before the pandemic. While many people have been spared from the worst and simply had to let go of some comforts, other have lost everything. And as said, the problem runs deeper than just a once-in-a-lifetime pandemic.

Homeless has its roots in many different causes that sometimes appear together and sometimes not. High cost of living is the reason people think of first but also domestic violence, substance abuse and life after prison have forced people to sleep under the stars for centuries and they’ll keeping doing it in the future, unfortunately. And once people are out, it can be a massive undertaking to get them in again.

Sometimes even working people have trouble of making enough money to buy or even rent a home. The reason is quite simple: the prices of housing have gone up faster than salaries, meaning the only place where some people can afford to sleep is their car. Even in places that seem economically well off, prosperous even, a growing number of people are working but can’t afford a home of their own.

The homeless have long been stigmatized for pretty much nothing. ”Normal people” are afraid of the homeless since it’s clear that a desperate person can act in an unexpected manner. Officials are afraid that a large amount of homeless people ruins the good image an area might have. Thus, the most firm and the only long-term action seems to be to hide homelessness; out of sight, out of mind. This has lead to the so-called unpleasant design: architectural choices that are made stunningly often to keep undesired people out of sight – and they overwhelmingly target the homeless. Bike racks are installed under bridges so that people can’t spend their night there to keep dry. Benches are designed so that people can’t lay on them. And when these things are installed and then drive away the homeless, we stop thinking about the problem itself, as we can’t see the symptoms. We don’t want to look at homeless people in our streets – it’s uncomfortable. I get uncomfortable for even writing about this. You get uncomfortable for reading this. We all get uncomfortable for seeing people having to sleep under the stars. Now that I spat this out you shouldn’t get uncomfortable with the homeless; get uncomfortable with homelessness itself, and seeing that anti-homeless architecture targeting the victims and not the cause. For example in the USA, several cities have implemented specific laws within the city limits that target homeless people for simply being homeless. These include ticketing people for sharing food, sleeping outside or even sitting down for too long.

So now the question is, what can we do? As a municipality, state or country there needs to be a clear distinction between the homeless and criminals: the vast majority of the homeless are not criminals, even though they’re treated as such. All kinds of anti-homeless architecture must come down as soon as possible and an adequate number of shelters must be built. But most importantly, we should stop producing homelessness by making sure everyone has a chance to live independently from the money they make and prevent a rapid rise of the overall cost of living.

Finland is one of the few countries where homelessness has been going down for quite some time already. One reason for this is the system that flipped the homelessness care on its head: what if you get the home first and then start (re)building your life. People are given a rental apartment that they pay for like everyone else. If you’re out of work, you apply for social benefits, like anyone else. Now that the person is no longer homeless, it’s much easier the seek improvement to one’s life: education, a stable job etc.; when you don’t have to worry about where you spend your night, you can start building your life as a whole. And unlike those fucking anti-homeless spikes, the Finnish model addresses the root of the problem.

On the other hand, an individual can start easily by donating either money or supplies. Donating supplies is first and foremost clothes but other things are needed as well: bed sheets, cooking utilities and hygiene products. One thing to remember is that socks and underwear are among the most needed but least donated items. And now that the quarantine has kept me out of the bar, I took a night to go through my old clothes and found an entire outfit plus socks, a pillowcase and a scarf. After a wash they were ready to be bagged and dropped into a UFF box just across the street.

And finally, I want to challenge anyone reading this to donate. Go through your closet and look for clothes that no longer fit or you just don’t like anymore. Make sure they’re clean and intact. Pack them in a plastic bag and get into a charity that distributes your donation where it’s needed. Or alternatively, donate money.