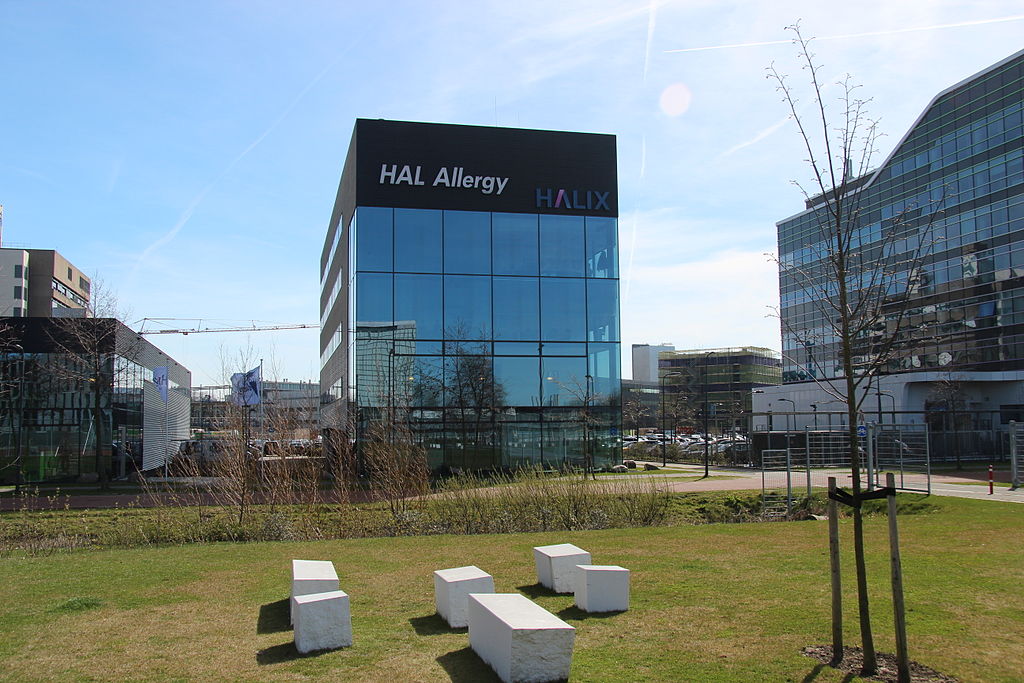 Halix, basted in Leiden, the Netherlands, is one of the two places in the EU where the AstraZeneca vaccine is produces. Source: https://commons.wikimedia.org/wiki/File:J.H._Oortweg_15-17_Leiden_HAL.JPG

By March 2020, Europe had realised that Covid-19 was no longer a problem contained in Wuhan. In fact, it was a global pandemic which abruptly halted our day-to-day activities. And it was that month we realised that a miracle or a big change needed to happen, so that we could all resume the lives we craved for. Politicians were saying it from the early stages of the pandemic: a vaccine is the only way out of this situation.

Over a year later, the question I and many people with me ask is simple: where did the vaccines go? I remember the moment Ursula von der Leyen, our EC president, euphorically announced that the EU had received its first doses of the vaccines last December, and proudly announced the day all EU countries would start vaccinations. She brought a message of hope to four hundred million EU citizens. But the optimism and euphoria ended just a couple of days after European Vaccine Day. The Netherlands proved not to be ready to start vaccinating when they received their share of vaccines bought by Brussels. At the same time, the Dutch minister of Public Health pointed fingers at other member states, saying they were just vaccinating for pure promotional reasons. The tone was set: EU countries were clearly divided on how to tackle this massive vaccination strategy, which didn’t look good for the EU as a whole.

And this was only just the start the EU’s troubles. In addition to the uncoordinated vaccine roll out, it soon transpired that the EU wasn’t getting all the vaccines it had ordered. The Swedish/British vaccine manufacturer AstraZeneca in particular delivered much fewer doses to the EU than it had agreed to, while at the same time seeming to fulfil its contract to the now freshly brexited United Kingdom. Which of course was a considerable embarrassment to EC President Von der Leyen.

Regarding AstraZeneca vaccine, there are four facilities within the EU that are crucial for producing the vaccine. One of these is under supervision of Halix, a biopharmaceutical company located in Leiden, The Netherlands. Another plant is located in the Belgian Seneffe. The two other units, which are in Italy, are meant to package bulk quantities of the vaccine into individual flasks. But the UK too has factories within its borders which produce the vaccine. The initial intention was that the UK would provide the EU with vaccines of AstraZeneca and that the EU would provide the UK with the same type of vaccine. This seems counter-intuitive, but it was possibly intended to safeguard a steady supply to both parties. So far, the plan was solid and the amount of the doses to be delivered were clear.

But when it became apparent that not all doses would be delivered as planned, the fact that the UK and the EU were supposed to supply each other with the AstraZeneca vaccine became a stumbling block. While the EU received much less doses of the vaccine than planned, Britain seemed to be getting what it asked for, and could ramp up its vaccination campaign.

Sources within the EU suggested that AstraZeneca exports vaccines produced in the EU to the UK while the EU received almost nothing from the British. This is was a confirmation for what some may have thought: AstraZeneca is giving Britain preferential treatment. The fact AstraZeneca is British-Swedish and relied on its research institute in Oxford to develop the vaccine further increased this suspicion. When the frustration within the European club increased, AstraZeneca took a heavily defensive stance against the EU, based mainly on two arguments. According to the company, the EU was not quick enough in striking a deal and did not put as much money on the table as the British did. This could be considered a fair argument, however under circumstances the EU acted relatively fast and took the risk of buying a vaccine which was still in its early stages of development. Thus, the EU took the risk of buying billions worth of vaccines, which later could have been directed to the recycle bins, if they had turned out to be unsafe or ineffective. Therefore, the argument presented by the company was not only unfair but also misleading. Furthermore, they refused to give transparency in the number of vaccines exported from the UK. The second argument presented by AstraZeneca was the fact that the EMA had not approved the upgrade of the production capacity of the Halix complex. At the same time, it was confirmed the Halix complex was producing vaccines at full capacity. So how was Halix producing non-authorized vaccines and where did they go? Why did the EMA not approve the upgrade of this facility? According to sources within the EU, the EMA wanted to approve the upgrade. But for this to happen, AstraZeneca has to submit the right paperwork and dataset. Until now the EMA did not receive any data and therefore it could not grant its approval for the facility.

To recap, the EU invested in the vaccines, knowing there was a significant risk of buying vaccines which later would not get approved. AstraZeneca is now producing vaccines on full capacity in the EU, but it accuses the EU of not approving the facility upgrade. Even if the EMA did not grant permission for any reason, the vaccines which were produced at Halix were meant for EU citizens. The fact we cannot track where these vaccines are or explain their disappearance is a major red flag. This issue has created significant distrust, not only between the member states and the EU, but also between the EU and the pharmaceutical sector.

Recently the EU has started to prepare a lawsuit against AstraZeneca. In my opinion a heavy measure which, nevertheless is very much needed. It is unfortunate it has come to this low point, but if this lawsuit can help us understand where the vaccines disappeared to, it may send a sign to other manufacturers to not misuse their vital position in any global health crisis we may face now or in the future.