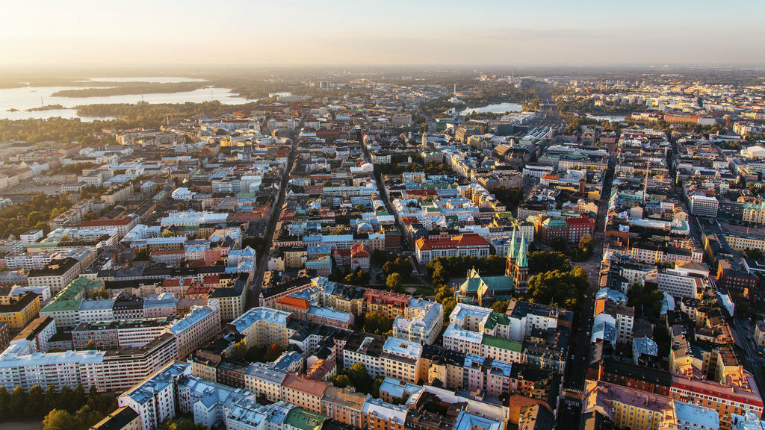 Aerial view of the center of Helsinki

This article is the first of a series  by the IFLRY Climate Change Programme, looking at how different countries are implementing the Paris Agreement. An introduction to the series can be found here. 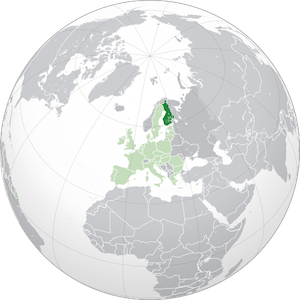 The Republic of Finland is a Nordic country, and member of the EU, bordering Norway, Sweden, and Russia. Last year, the country turned 100 years, since it declared independence from Russia in 1917. It has around 5,5 million inhabitants, and its official languages are Finnish and Swedish. Sámi languages are recognized, because of the indigenous peoples living in the Arctic Finland. The country is rich in lakes (almost 170 000) and different types of forests, and has a climate characterized by warm summers and freezing winters. The president of Finland is Sauli Niinistö, and the capital is Helsinki.

Just a month ago, the leaked draft of the upcoming IPCC report demonstrated how warming of 2C is ‘substantially’ more harmful than 1.5C. At the same time, the EU target to reduce greenhouse gas emissions is not yet sufficient to be in line with the Paris Agreement long term temperature goal. In this article, I’ll explain what Finland is doing to achieve the goals set out in the Paris Agreement. In its climate policies, the Finnish government mainly focusses on road traffic. By 2030, it aims to reduce traffic emissions by half compared to what they were in 2005. Simultaneously, the government has decided to increase logging for e.g. biofuel, which some scientist say will only increase carbon emissions, since the majority of the addition will be used for short-lived products that will emit carbon quickly. The actions are somewhat contradictory, so what is Finland really doing to achieve the Paris Agreement? What is the situation with emissions in Finland? What are Finland’s Nationally Determined Contributions? Let’s take a look.

Finland reports its greenhouse gas emissions and carbon sinks to the European Commission and to the secretariat of the UNFCCC. Finland must report to the UNFCCC on the fulfilment of the obligations of the Kyoto Protocol annually. The Kyoto Protocol establishes the maximum allowable emissions for every nation that is committed to the Protocol. Finland reached the emission reduction target of the first commitment period from 2008 to 2012. The emissions were 5% below the maximum allowable emissions for Finland (355 Mt CO2). Finland is also on its way to reach the target for the second commitment. The total emissions of greenhouse gases in 2017 corresponded with 56.1 Mt of CO2, which was about 5% lower in 2017 compared to 2016, and about 21% lower compared to 1990. This fall in emissions was caused for the most part by lower consumption of the main fossil fuels and the increased share of biofuels in road traffic. The EU as a whole emits 4224.5 Mt CO2 according to data from 2013.

In Finland, the energy sector is responsible for the majority of greenhouse gas emissions: 74% in 2017. Future reductions can be achieved through energy efficiency improvements and decarbonization, in particular in the power sector. Energy efficiency is key, especially in sectors such as industry, buildings, and transport, as they have limited near-term availability of low carbon technologies. Biomass with CCS (BECCS), a future greenhouse gas mitigation technology which produces negative carbon dioxide emissions, is expected be central in the second half of the century, as it is responsible for a very large share of the necessary reduction in carbon emissions. Finland is highly reliant on biomass to replace fossil fuel based power plants in the short term.

Transport causes approximately a fifth of Finland’s greenhouse gas emissions. The goals is to halve this by 2030, compared to 2005 levels. The greatest potential for reduction is road transport. One can get financial support when buying electric cars, and measures to boost the building of charging stations are taken. Using biofuel and flexible fuel is promoted, and refuelling stations offering biogas are is also prioritized. Cycling and walking paths are promoted mostly locally. Other sectors emitting greenhouse gases are e.g. agriculture, construction, heating and waste.

Finland has a National Climate Change Act, which entered into force in June 2015. The climate legislation contains national regulations on the process planning of national climate policy and the monitoring of the implementation. The aim is to secure that Finland’s total emissions of anthropogenic greenhouse gases in the atmosphere have decreased with at least 80% by 2050, compared to 1990-levels. The Ministry of the Environment is responsible for the medium term climate change policy plan, under the Climate Change Act. The plan sets out the necessary means to reduce greenhouse gas emissions in e.g. transport, agriculture, heating and waste management. Moreover, Finland has an Energy and Climate Strategy, that specifies key objectives and policies until 2030 concerning the emissions trading sectors and the non-emissions trading.

The EU NDC is:

The targets aren’t sufficient enough, though. The targets mean that Finland relies on other countries to do more on its behalf. To be in line with the long-term temperature goal in the Paris agreement and not relying on other countries to do comparatively more, Finland’s emissions reductions should be at least 60% below 1990 levels by 2030, and at least 150% below 1990 levels by 2050.

Finland is definitely responding to the Paris Agreement. Greenhouse gas emissions have decreased, and steps are taken to reach more efficient energy production and a more sustainable transport sector. However, it’s obvious that Finland, and the EU, are not doing enough. GHG-emissions should be decreasing at a higher speed to reach the Paris Agreement long-term temperature goal. What can Finland do to take more responsibility? The transformation to renewable energy is not enough. According to the consultancy bureau Material Economics, a circular economy for plastic, aluminum, steel, and cement could be the solution. These sectors make up 75% of the industrial CO2-emissions, and a circular economy could decrease CO2 emissions with almost 300 Mt in the EU per year by 2050. Besides circular economy, new processes for material production is needed. A transformation to circular economy is not easy, though. It would require a complete societal change. The big question is then, is Finland ready to take the necessary and urgent actions?

Laura Fagerlund is International Officer at Swedish Youth of Finland and Co-Programme Manager of the IFLRY Climate Change Programme. She will participate in COP24 as a delegate for IFLRY, and is studying Political Science at Åbo Akademi University in Finland. You can contact her via laura.fagerlund.gy@gmail.com or on Twitter: @laurafagerlund