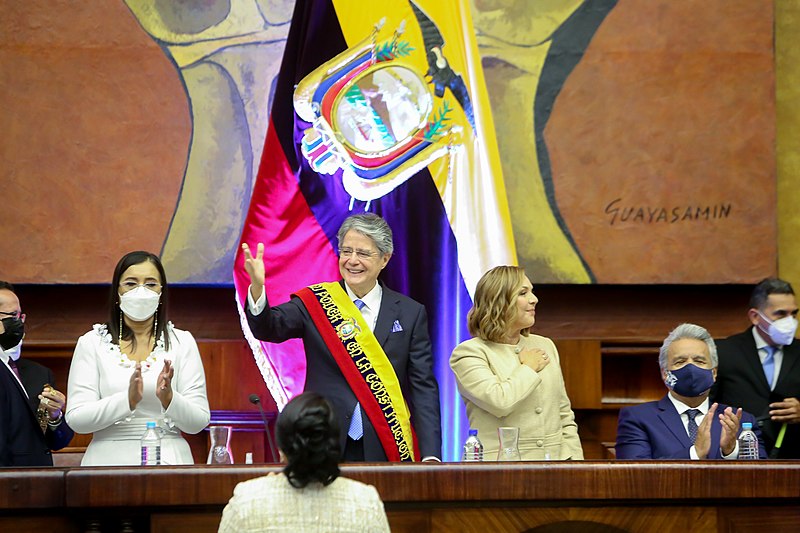 Ecuador is a unique case in the region, finally breathing after 14 years of radical socialism. While Ecuador elected a liberal president (economically speaking) this year, the rest of the continent seems fully immersed in socialist regimes, or “21st Century Socialism”, as they call it, although there are a few exceptions to this, for example Uruguay. This is a worrying situation, because it shows the difficulties of captivating the masses with a liberal speech in Latin America. Throughout the entire continent, a liberal economy and businesses are perceived as evil entities that only abuse the state and have enormous privileges, thus confusing liberalism with mercantilism.

Despite all the characteristics mentioned above, Ecuador elected a president, Guillermo Lasso, whose main objective is “to put a little bit of Ecuador in the rest of the world and a little bit of the rest of the world in Ecuador,” as he says. Nevertheless, Lasso is a conservative; but he does not want to impose his preferences on the rest of the people. The president had to get closer to some minorities, like LGBTI+ groups or adopt some environmental proposals. In general, he took a more centrist perspective to win the elections against the socialist candidate. In this way, Ecuador finally regained its freedom, both economically and socially. The work Lasso’s government has to do is enormous, as the country is in a deep economic crisis that started even before the covid-19 pandemic. Besides, the executive power faces an important opposition in the legislative power, forcing him to make agreements with different parties. Plus, the social situation in the country is critical too. Just before the pandemic began, late in 2019, a social outbreak erupted as the government intended to remove the gas subsidies. Massive protests took place in the capital and violence was not absent.

Currently, the situation in Ecuador’s neighboring countries, Peru and Colombia, is even more complex. Peru held elections a few days ago. Pedro Castillo, an extreme communist that has been linked to the terrorist group Sendero Luminoso, officially won the presidency against Keiko Fujimori, daughter of the ex-president accused of corruption, Alberto Fujimori. Peru has fallen for the Marxist utopia, again. In the case of Colombia, elections are coming up in 2022, with Gustavo Petro emphatically leading the polls for the presidency. It seems like just a matter of time before socialism takes control of Colombia, too.

Let’s take a look at the rest of the continent. Venezuela is under a criminal dictatorship that has caused the exodus of millions of Venezuelans to its neighboring countries. Brazil is managed by a right-wing populist who has been accused of violations of human rights among minorities and different social groups. Uruguay is comfortably managed by president Lacalle, a liberal that understands the importance of public-private cooperation. In Paraguay, Abdo Benítez, a right-wing conservative, is under a lot of pressure due to his negligent pandemic management. Argentina is having a truly rough time under the Peronist Alberto Fernández, whose terrible handling of the pandemic has meant an increase in poverty rates. Finally, Chile is holding presidential elections in November, where communist/socialist candidates are taking a clear lead over liberals and the right-wing.

In this way, it is safe to say that South America is constantly deciding between socialists, communists, and conservatives. However, most of the continent has been electing left-wing regimes since the beginning of the century, like the presidencies of Chávez, Fernández, Morales, Lula, Correa, etc. In the recent years, more right-wing parties have had successful elections like in Brazil or Paraguay, but we are constantly returning to the left in a sort of vicious cycle. The most liberal presidencies are now in Uruguay and Ecuador, turning them into a hub of freedom in the continent. But, only a decent presidency by Lasso and agreements with the legislative power can keep Ecuador from the claws of socialism in the long term.