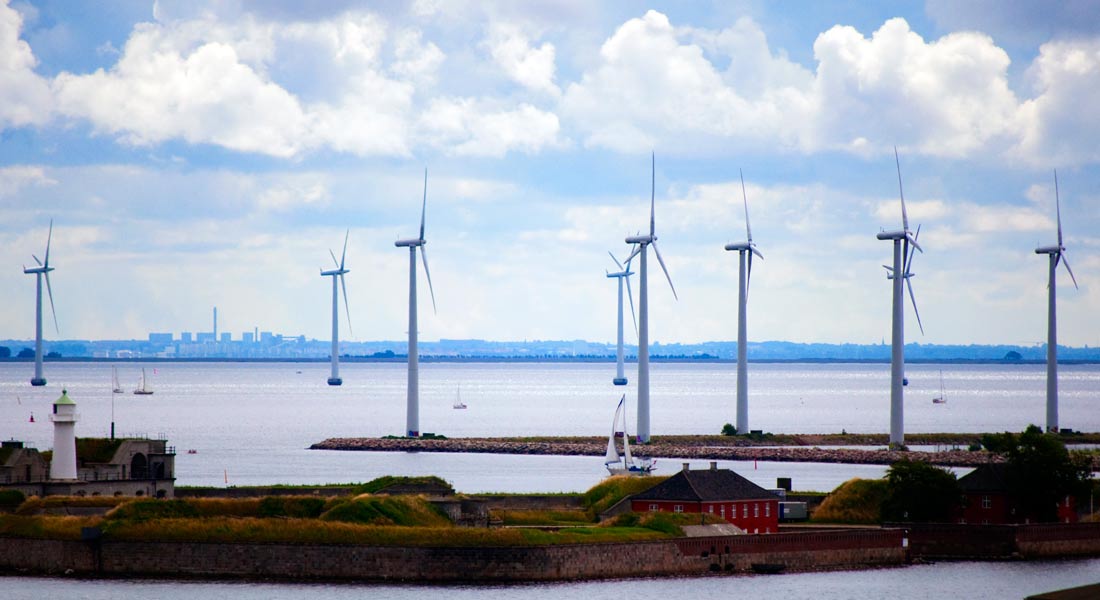 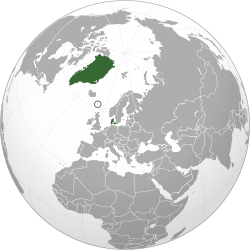 The Kingdom of Denmark is a small Nordic country situated south of Norway and Sweden, and just above Germany. Denmark has around 5,8 million inhabitants – 5,9 million if Greenland and the Faroe Islands are included, which are part of the unity of the Realm. Denmark has a constitutional monarchy. The head of state is hereditary monarch Queen Margrethe II. However political power lies with the Prime Minister, who is answerable to a democratically elected parliament. Two of the biggest wind power companies, Vestas and Siemens Wind Power (which is part German) come from Denmark. This also can be seen in the country’s energy supply. In 2017 43% of the electricity came from wind. The capital of Denmark is Copenhagen.

It may come as a surprise to many, when I say that Denmark, according to the Global Cleantech Innovation Report 2017, is currently ranks as the most innovative country when it comes to developing and commercialising clean technology, in addition to having the longest history with wind energy. The wind energy sector started back in 1891, when the inventor, Poul La Cour, asked the government for money to research wind as a source to energy, and later on developed the first windmill ever. However, it took decades before the sector started to truly develop. It happened in the 1970’s, as a consequence to the global energy-crises. After many tough years for the wind energy sector, caused by the low prices on oil and a growth in the support of nuclear energy, things took a turn when the crisis hit Denmark in 1973. The country needed a new way to ensure the reliability of its energy supply, so the government decided to invest in wind. Back then, no one really knew that our way of life and our way to produce energy, affected the climate, so the decision to invest in wind energy was only seen as a solution to get new resources.

Since the 90’s Denmark has taken a huge part in developing green energy and promoting climate change initiatives on a global scale. In 2009 Denmark hosted COP15 in Copenhagen, that sadly didn’t end with an global agreement.

As mentioned, Denmark was in 2017 named as the leading country on green energy, and also the country in the EU with the highest energy exports, according to the World Bank. Sadly, while getting all these fine prizes, Denmark has also been criticized, because the government has decided, due to the big lead on green energy, to slow down the expansion a little bit and remove some of the taxes on energy, to focus on making the energy sector more economical sustainable. Since the 70s, the growth in green energy has mainly the been funded by the public sector.

Since the Paris Agreement in 2015, Denmark hasn’t made any major changes in its strategies to reduce GHG emissions. This was because, the government decided to focus on economical sustainability, and because a national energy settlement had already been reached a few years earlier. However, since the beginning of 2018 the parliament has been discussing a new national agreement, and just before the summer recess, they came to a settlement.

Key points in the energy settlement

The energy settlement, which was adopted by the Danish parliament with unanimous support, deals with the period from 2020 to 2024.

The new settlement is taking a step towards a greener energy sector yet still focuses on economic sustainability by lowering some of the energy taxes, which is great from a liberal perspective.

In the fall, parliament will take one more step, when it’s time to negotiate a new climate agreement which is focusing on the non-quota sectors.

Nicolai is an executive committee member and former climate and environment spokesperson for Venstres Ungdom in Denmark. He is currently part of the IFLRY Climate Change Team.