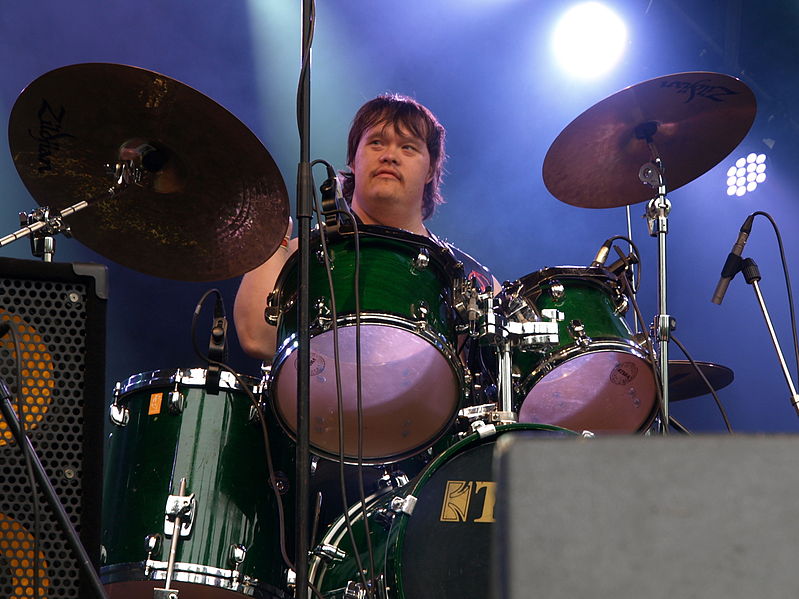 As programme manager of IFLRY’s Gender Equality programme, there are a lot of topics that I want to write about: there was an amazing event that we had in Tunisia, our plans for this year, and many other very interesting topics about gender equality and democracy. But news from my own Finland changed it all in a second. This will not be about gender or equality, this will be about humanity.

A few days ago PKN, a Finnish Punk band, got into national final to compete to represent Finland at Eurovision 2015 in Vienna. That would not be such a big deal, if not for the fact that all members have developmental disabilities. Some of the group members have Down Syndrome, some of them autism – but they all ROCK!

This, for me, raised a huge number of questions about how we in today’s world treat people with disabilities. Do we treat them like humans after all? I don´t want to go in this text into cruel statistics, but in Finland most people with developmental disabilities live in a hospital without any possibility to even dream about having their own home. I don’t even talk about family and love. Things so normal and usual for most of us on daily basis, seem heart-breakingly far away for so many through no fault of their own. They were born in modern western society to be total outsiders, with a few rights and big lists of needs.

But what PKN shows is that this reality is changing. Their journey has only just started, but they could go on to win the final, to be held on 28.2. If that happens, there will be an even longer road to Eurovision.

Whatever the popular opinion of Eurovision as a song contest is it has always proved a powerful show of progressive ideas in Europe – not only was it groundbreaking that Europe voted for Conchita Wurst, the bearded lady, to win last year, but the LGBTQ community has been able to consider it a safe space for a lot longer. Perhaps it can show the same progressive, liberal philosophy in including other underrepresented and discriminated groups in the future.

I can only be amazed by that courage those guys are showing and be proud that one of them is also official member of Finnish Central Party.A true liberal that is not afraid to show the world the values that we stand for!

I really want to wish PKN good luck in there way to Eurovision, they have an amazing chance to show this world something unique.

UPDATE: PKN won the national selections, so they will officially represent Finland in Vienna!