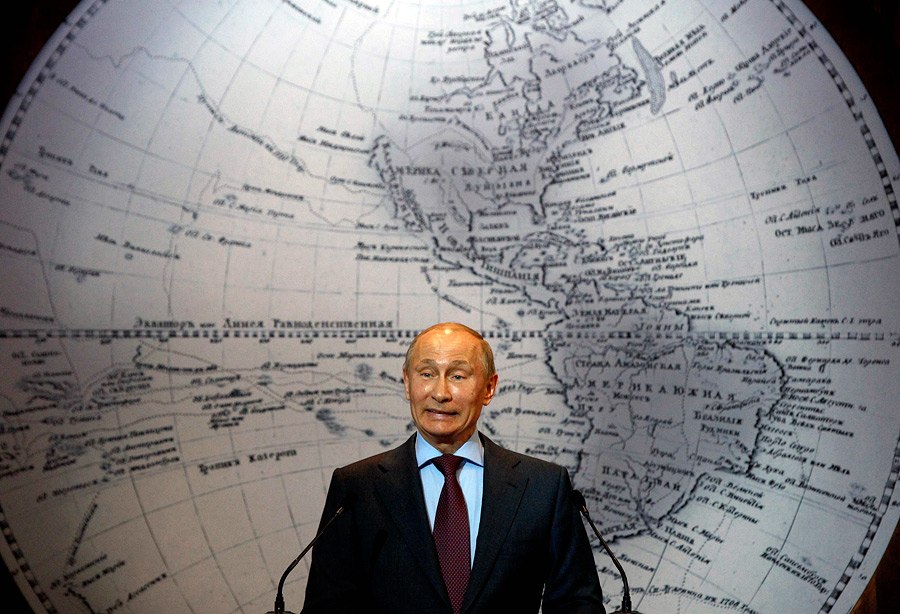 A successful dictator needs two things to hold his power in bad economic conditions. The first – an external enemy, and the second – an internal enemy. The Soviet Union left a good base for Putin to re-create those enemies. Not even one  generation was raised without knowing whom to hate outside and inside. The United States and abstract ‘West’ are well-remembered outside enemies and situational enemies like Georgia or Ukraine appear in your TV-news when needed. So follow this trend and you’ll be alright.

It is more difficult with internal enemies, because you never know which group will be the next target of security services. To reduce bad luck there are some tips.

In April 2014 a housewife from Russian province, a mother of 7 children, Svetlana Davydova sitting in a public bus, heard a military-looking guy talked on his phone about moving soldiers to Ukraine. At home, looking from her window of a typical soviet apartment building, she noticed that the military base, located right near the house became empty. Worried about the situation in Ukraine she called the Ukrainian consulate and told them what she saw and heard. In January 2015 she was accused of high treason with a possible imprisonment of 12-20 years. The case is still on. And this one is not the only one. Basically anyone who had contacts with foreigners and told them something which in the state’s view might be potentially dangerous for the safety of Russia can be accused of treason.

So if you see that something is wrong, keep it for yourself, don’t make a fuss, there are other people who know better what to do.

On the 18th of February it was the one year anniversary of the imprisonment of environmentalist Eugeny Vitishko. In 2011-2012 he and his colleague discovered illegal construction of the palace in the natural reserve. Taking a closer look, after their further investigation it occurred that the one who ordered of the future palace was the governor of the Krasnodarsky region. At the same time they were investigating vast corruption and environmental violations during Olympic construction (Sochi is situated in the Krasnodar region). As a result his colleague had to flee and he got in prison for 3 years.

As you see, ‘ignorance is bliss’ and similar sayings are of help if you want to avoid such fate.

Minorities are always at risk. Sexual minorities are always at a double risk. The attitude of the state towards them is a kind of indicator of health in the society. I don’t need to repeat that since 2011 negative attitude and pressure towards the LGBTQ-group in Russia has been increasing on the state level and in the legislation, which gives homophobes an indulgence to their aggressive acts. There is just one example. The recent case in St.Petersburg is a hunt on LGBTQ teachers. During 2014 different schools got letters signed by fake names demanding to dismiss a certain teacher because he/she was LGBTQ. And schools mostly reacted to that. Around 30 teachers lost their jobs as a result. Why would School Principles react to almost anonymous papers with only printscreens from social media as proof? Because they see how the wind blows and they don’t want to risk and attract the attention of media or authorities.

This is the most difficult part for freedom lovers. Not to talk much, but also not to be silent, not to be smart but at the same time not to be stupid, don’t try to be a winner, but you shouldn’t try to be a loser either, don’t wear vivid colours when everyone around is in grey, don’t smile when nobody else is doing it.

Briefly: this is it. So if you find these ‘rules’ suitable for yourself, then you are the perfect candidate to live  a long average life in Putin’s Russia.

Ksenia Vakhrusheva is the former international officer and deputy chair of Youth Yabloko in St.Petersburg, and a member of Yabloko, a social-liberal party in Russia. In 2014 she left Russia for political reasons.