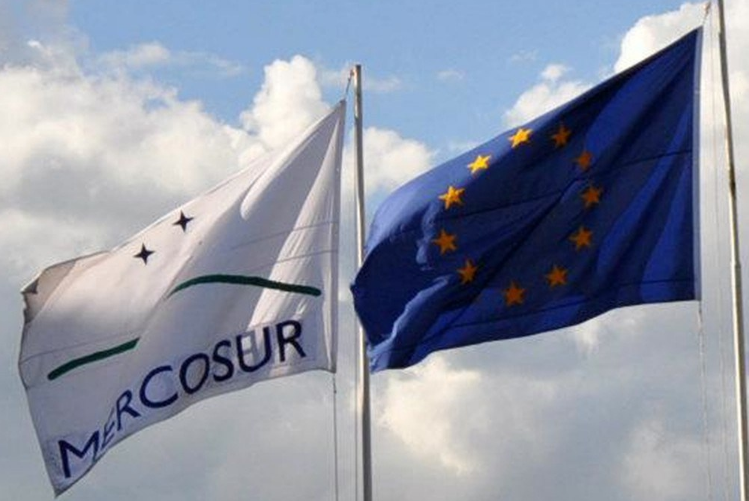 When you think about free trade: what is the first thing that comes to your mind? Is it the recent news on trade wars or the liberal idea of free trade policy? What do you picture: a world of protectionism, no trade barriers at all, or pure confusion?

If you do not have a clear answer to that, you feel pretty much the same as I do. The media is full of news on free trade. You find many articles about President Trump’s policies which are used to set his political opponents under pressure, as well as announcements about recent trade deals that are successfully negotiated all over the world. It seems to be a big game. Many small Davids against a very moody Goliath. A game which is played quite openly without any tendency as to who is winning.

This, however, is merely the present mood. The EU-Mercosur deal is a bout much more: In mid-1999, the European Union started negotiations with the Mercosur states (Argentina, Paraguay, Uruguay and Brazil) in order to create one of the world’s largest free trade areas. 20 years later, the talks about this deal were finally finished. On June 28th, the Argentinian Minister of Foreign Affairs was obviously relieved when he proudly announced: “President, I congratulate you.” Also, Jean-Claude Juncker, the European Commission president, called it a “truly historic moment”. To understand why this is such an important agreement you have to take a more detailed look at the deal.

Affecting close to 800m people, the EU-Mercosur deal also covers almost a quarter of the world’s GDP. Southern American economies are highly dependable on agricultural goods – Europe is a popular producer of highly sophisticated machinery, car parts and chemicals. All of these goods had tariffs up to 35% imposed upon them. This did not just make trade between the affected countries very expensive, but also prevented innovation and exchange. Apart of physical goods, the agreement also includes a vast range of services and the access to public procurement contracts. Counting the tariffs and trade barriers that will now continuously be abolished due to the new trade deal, it is the largest trade agreement the European Union ever negotiated.

With such an economic importance, it certainly acts as a counterbalance against Mr. Trumps trade policies. This is not just a significant sign towards global trade but also a huge commitment to the very fundamental idea of free trade. The American strategy might show short term wins. But it is as volatile and uncertain as the president’s tweets when he eats his morning cereal. Uncertainty is never a good prerequisite for long term economic success: no matter in which industry you are doing business, if you can only think from one day to the next, you will never accomplish sustainable growth.

Just a single deal will certainly not change the world’s (or the president’s) perspective on free trade. And although it covers more than 10 percent of the world’s population, it is just a small part of a far larger puzzle. But what we can do, is to patiently put many small parts together to create the big picture of free trade. With all its flaws and benefits, this still the best way to go. In the end, many small Davids may defeat the moody Goliath.

Michel Nentwig is the Programme Manager for IFLRY’s Free Trade Programme. He studies Banking and Finance in Düsseldorf and is employed in a large European bank. When he is not philosophizing about free trade, he likes to travel and to read.