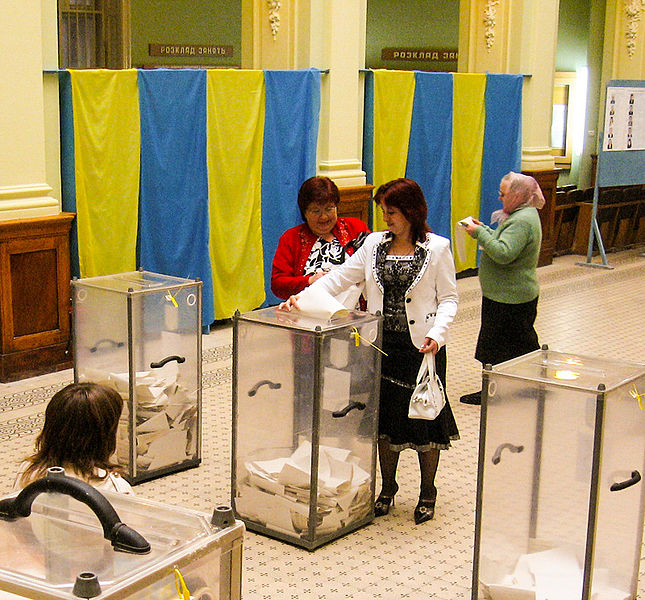 Politics and elections probably concern up to every third talk in Ukraine at the moment. This is not surprising: elections occur every three months this year, channels broadcast political news every single day, political advertisement seems to be encoded into our gadget operating system (OS).

Talks around political parties and their leaders already began in 2017, grew in 2018 and, when, “suddenly”, Zelensky proclaimed that he was running in the presidential election in 2019, heated discussions broke out.

There were 39 candidates on the ballot, but only those who were visible on TV and in other media got votes; many, though, not enough to reach the second round of voting. Leading up to the second round, no one remained indifferent – there was a turnout of more than 60%. We all know the results.

In his inauguration speech, Zelensky announced that he would dismiss the current Parliament and that new elections would follow very soon. Now Ukrainians feel like politics are never leaving them alone.

Zelensky’s victory in the presidential election taught current MPs two main lessons: there is a huge demand for brand new faces and the old way of communication with the electorate should be changed. As a result, experienced politicians have changed parties, created new parties, or formed new approaches in getting their message across and became so-called old “new faces”. But there is also a positive development. Real “new faces” are now participating in the elections. Not all of them have relevant professional experience, but voters will decide who deserves to be their representatives in the Parliament.

Means of political agitation have gotten a “new face” too. During previous electoral campaigns and due to general poverty, handing out food packages would have been a good means to gain votes. This year, however, major candidates are trying hard to get voters’ trust by organising concerts, festivals and sport events, but without forgetting to give some presents as well.

Although there are twenty-two parties, the current ratings show that only five would cross the 5% threshold. Among them are parties of the former and the current Presidents – Ievropeiska Solidarnist (European Solidarity) with approximately 6.5% and Sluha Narodu (Servant of the People) with approximately 37%, respectively. Other participants of the electoral race have the following ratings*: Opposition platform Za zhyttia (For Life) – 9,6%, Batkivshchyna (Motherland) – 6.5% and Holos (Voice) – 5.84%. Unfortunately, none of them declare themselves liberal, thus, all further information in this article will concern all of the parties mentioned above.

Before exploring party programs on main topics like security, human rights, economics, ecology and youth policy, it should be mentioned that almost half of the parties presented on the ballot are basically political projects, created just before the elections or a year to two before them. That means promises can be vague, offering no or no clear solutions to existing problems or even neglecting some of them.

According to their plans, the five leading parties can be divided into two groups: pro-European and pro-Russian.

Pro-Europeans are united in a desire to release all prisoners held by the Kremlin and have variations in resolving the conflict, but all include some kind of help by the EU and UN.

Regarding human rights, most party programs offer renewals of the court system without any distinct explanations on how to do so specifically and openly commit themselves to gender equality.

Economic policies focus on a growing middle class, but markets for agricultural land sales can exist only for Holos and Ievropeiska Solidarnist.

The pro-Russian Opposition Platform is strongly opposing everything that was done in the past years, using propaganda skilfully, but at the same time openly telling people about what their plans are.

Youth policy is one of the most poorly described points in party programs. Only two among the top rated parties have included youth issues in the program. The most prominent is Batkivshchyna, who propose lower taxes for entrepreneurs hiring youth, long-term micro-lending to young entrepreneurs and affordable mortgages.

The early parliamentary elections in 2019 are going to be the last to use a mixed system (proportional and majoritarian system). Thus, there is a possibility for the “new liberal faces” to get a seat, regardless of membership in a particular party.

Although the “new faces” era seems to be rich in opportunities, young candidates face challenges during their campaigns. The main obstacles are limited time, voters’ distrust in politicians and sometimes unfair competition between candidates in the same district. Such problems whip up young candidates, making them to be even more ingenious in campaign.

Will “new faces” politics become a real era or just a temporary campaign? Will there be real new faces in the Parliament to implement their programs? We will see after today.

*average statistics taken from the scope of agencies’ study

Iryna Akhmedova is Chairwoman of the European Youth of Ukraine NGO. Member of EYU is running for the extraordinary parliamentary elections and Iryna is helping at the electoral headquarters.