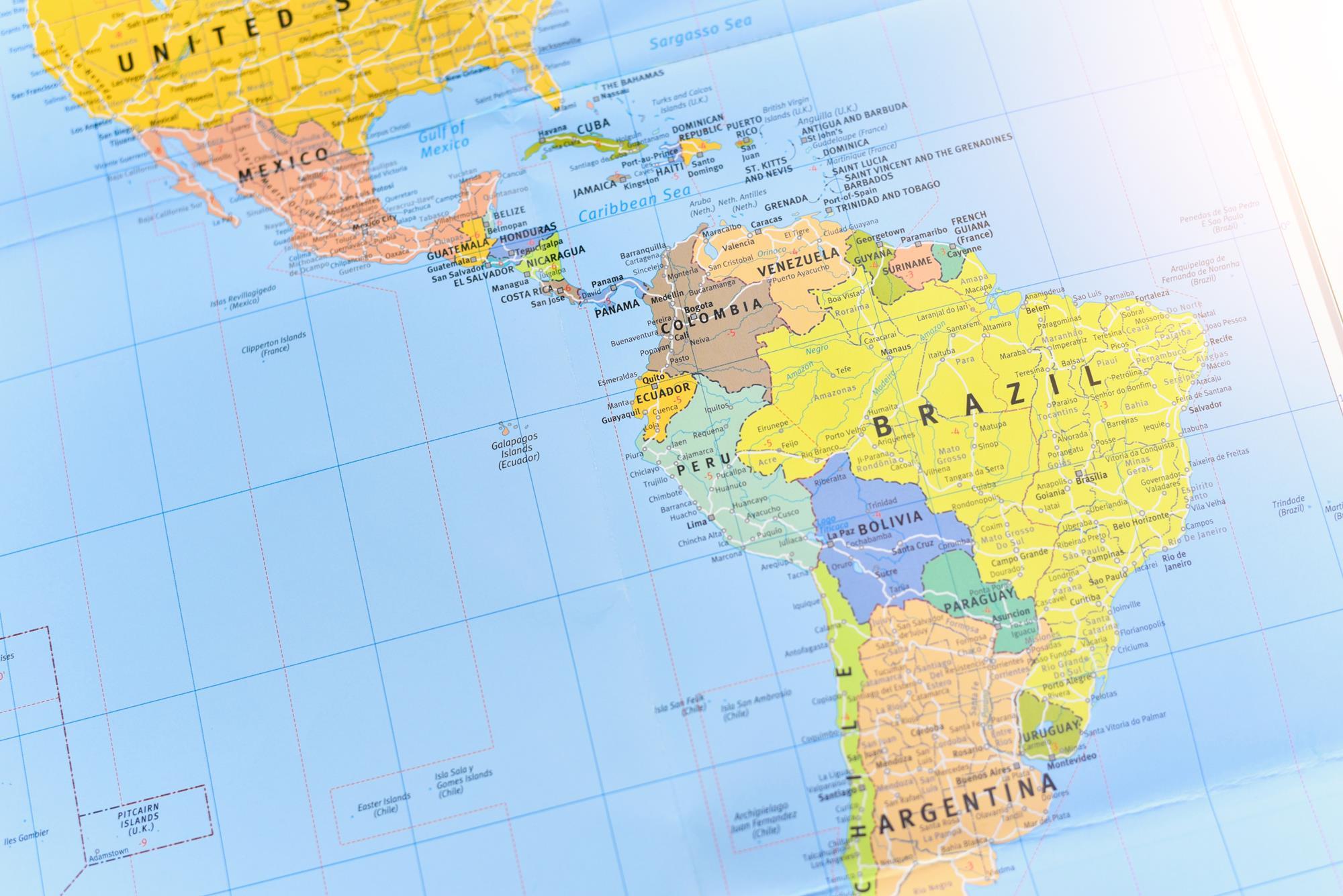 Uruguay is one of the two “full democracies” in the region of Latin America, meaning civil liberties and fundamental political freedom are secured by politics and society. The small country, located between Brazil and Argentina, is known for its advanced education and liberal social laws.

After the end of a repressive military regime in 1985, successive governments were able to restore the democratic order and liberalize the country. Historically Uruguay was the first country in Latin America to establish a welfare system, something Uruguayans still profit from. In 2012 and 2013 Uruguay adopted particularly progressive policies on abortion law, gay marriage and marijuana consumption.

Costa Rica is not only characterized by its beaches, volcanos, varied wildlife and rich biodiversity but also by its political stability. Besides Uruguay, Costa Rica is the only full democracy in Latin America and also the only country in Central America without a permanent standing army, since it was abolished in 1948.

It is one of the most prosperous countries in the region, with a relatively high living standard, even though the percentage of the population living under the poverty line is significant.

In 2010 the country elected Laura Chinchilla as its first female president, setting an progressive example in a region where traditional gender roles are still widely adhered to.

Chile is a geographical exception. Due to its 4.3000 km long ribbon-like shape, the landscape of the country includes the worlds driest desert, a Mediterranean climate zone, glaciers, lakes and fjords. After the 17-year-long dictatorship of General Aogosto Pinochet, Chile became one of the most stable and prosperous in Latin America.

Since the democratic elections in 1989 the country`s democracy was barely disturbed by the coups and corruption scandals other Latin American countries have had to deal with. Furthermore, the population of Chile is very multi-ethnic, besides people with native origins, it includes people of European and Indian origin. Despite all this, the recent riots caused by an increase of public transport ticket prices in the capital Santiago de Chile, tarnish the liberal and democratic image of the country.

Panama is located in between the continents of North and South America. It has been under strong influence from the United States, who supported the country’s secession from Colombia in 1903. The countries subsequently signed a treaty, which allowed the U.S. to control a significant area of land, on which they built the Panama Canal, which connects the Atlantic and Pacific oceans. Control of the canal was only returned to Panama in 1999.

Press freedom in Panama is protected by the constitution and journalistic work can be considered relatively safe. During the 1990s the government initiated several programs to liberalize Panama`s economy and to prevent the establishment of monopolies. In 2016, the leaking of 11.5 million documents of the Panamanian law firm and corporate service provider Mossack Fonseca (a scandal widely known the “Panama Papers”) revealed the status of Panama as one of the tax heavens for the rich and wealthy.

Argentina is known for its cultural hallmarks like the Tango or great writers as Jorges Luis Borges. The country has one of the biggest economies in Latin America, but has been troubled by dramatic booms and recessions over the past years. In 2015, former president Mauricio Macri launched a program to reform the Argentine economy in order to stabilize the country, however he lost his bid for re-election to Alberto Fernández at the end of 2019.

Argentina is especially rich in resources and profits from a well-educated workforce. Its universities and colleges are of a high standard, so that the percentage of international students is relatively high. However, the political situation is unstable and explosive. Young people are disappointed by the increasing rate of unemployment and the percentage of people living in poverty.

The former Spanish colony located on the island of Hispaniola profits from one of the biggest tourist sectors in the region of Lain America. The Dominican Republic also implemented a broad free trade policy, which secures the country`s economic growth and reduces its dependence on the export of sugar and coffee.

Dominican society comprises of a wide range of ethnicities and cultural backgrounds. Western influence can be mostly found in the appearance of European buildings, whereas African culture appears in its traditional music.

In the journalistic sector the country still lacks general security for journalists, as threats of violence are relatively common. The Dominican media is largely controlled by a few influential figures.

Brazil is Latin America`s largest economy, giving the country a lot of clout in the region.

The country is also one of the world’s biggest democracies, however the democratic system is considered to be flawed. For the past years, the government aimed to improve the conditions for the millions of citizens living under the poverty line, as the gap between rich and poor in the Brazilian society is undeniably immense.

Lately, the country has been criticized for the exploitation of the rain forest, which lead to the recent wildfire catastrophe of national proportions. Even though freedom of press is secured in the Brazilian constitution, the region is claimed to be one of the most violent for journalists in Latin America. Generally, Brazil has a relatively high crime rate.

Colombian culture reflects its Indian, Spanish and African origins and is one of the most diverse in Latin America. Even though the co-existing of the different ethnicities has been mostly peaceful, the perspectives and chances are not the same for every citizen. Former colonial and mostly Spanish families have profited heavily from their wealth and also have better access to education.

Economically Colombia profits from its oil resources and the production of gold, silver and coal. For decades however, armed conflicts, violent drug cartels and the violation of human rights have led to a stagnation of growth in the country. However, since 2016 negotiations between rebels and government have been taking place, and the country`s situation is stabilising.

Peru`s economy is booming. Mainly due to international investors investing in the mining of the country’s mineral wealth, and because of great touristic attractions like the lake Titicaca or the lost city of Machu Picchu. But Peru is also the biggest producer of cocaine, as the country has been struggling with drug cartels for decades.

The country is still recovering from armed conflict between the government and left-wing guerrilla groups, that lasted from 1980 until 2000. With the formation of a new government in 2000 the country started to rebuild its democratic order, which it is still developing.

The economy of Mexico is the second biggest in Latin America and has been growing steadily over the past years. Still, most of the Mexican population lives under the poverty line, the gap between rich and poor is increasing and social segregation is at its highest level in history.

Mexico is considered a flawed democracy. Many regions in Mexico are not under the control of the government but are in the hands of violent drug cartels. This conflict has caused many Mexicans to migrate to the U.S. and Canada. Since the new formation of the government in 2018 and new attempts to improve the social conditions, the rate of emigration has stagnated, and former emigrants seem to return to Mexico. The country seems to be heading towards liberalism and democracy but has a long way to go yet.