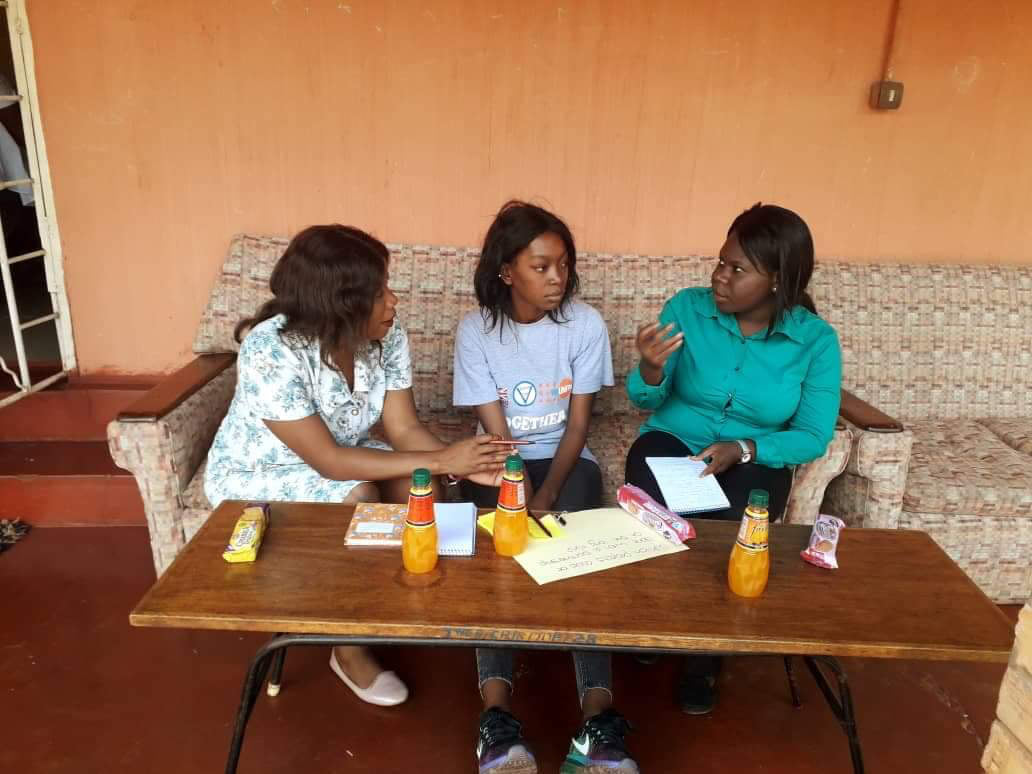 ”To be an inspiration and help for young kids. That is my biggest dream”, he says as we sit at the crowded cafeteria of YWCA. It is Thursday, and after six intense days of planning our next project, Honest and I are having a break before the afternoon program. Lately, Libel has published several articles on the topic of volunteering and foreign aid. What they all share, however, is the author being from a European country telling their perspective thereof. And while I – as a Dane – am of course no better, I decided that during this visit I wanted to take a look at why they do it: the Africans we work with and the fellow youths whose very surroundings we are trying to improve.

In September of last year, I stepped on African soil for the first time while working on a project to improve women’s right to participate in political decision making in Malawi. With funds from the International Pool of the Danish Youth Council, I have since then been fortunate enough to visit Zambia three times as the project manager of our partnership with the Young Women’s Christian Association. The initial aim of the partnership is knowledge sharing and capacity building: learning from one another and the different context we volunteer in. On the long run, however, we hope to create a project that reaches further than ourselves and makes a difference for the local society.

“Because I did not myself have the chance to”, he adds, as he forms the nsima maise porridge with his hands, and while he looks at me with an intense gaze, it is clear that the will to make a difference reaches deeper than the words coming out of his mouth. A vision to change that was not developed through a TV-screen, as is the case for me, but a deep zest to avoid others having to go through the same hardship as he himself has had to.

A few days earlier, I find myself in a hotel room with my two fellow project members, Kekeni and Bessa. As part of our initial project, we are travelling around the country to meet the local branches of YWCA to hear about their projects, their perspectives, and their thoughts on a partnership with a Danish, like-minded organization. I ask them the same questions as I have asked Honest; why they volunteer and whether they believe in the ability for them to make a difference in a country booming of needs.

“I believe every journey begins with one step, so even with the smallest effort you make, somebody out there would get it, and eventually it will be a great fire” Bessa (26) the YWCA Youth Chairperson, immediately replies. Having been a part of a project teaching sexual reproductive rights in the remotest areas of Zambia herself, she has experienced how much words matter, and how rights that might seem self-evident in the capital might merely be distant hallucinations in villages where running water and electricity is as far away as the imagination of living without it might seem from a European perspective.

Kekeni (25), the Lusaka Youth Chair person, agrees: “When I am talking with a group of maybe five or ten, I know that out of that group there may be one or two people who get the message, and I believe those people will be able to share it with other people, so it is something that keeps on growing and growing, and at the end of the day, everyone just gets to know what’s going around and become a peaceful community”.

While the return flight ticket provides a clear safety margin between me and the society that I am visiting, for my fellow Zambian project members, the poverty and struggle is a constant reality. And while the girls share the understanding of the impossibility to end poverty neither child marriages in one day, they keep their faith in their work and ability to make a change, one step at a time:

Kekeni: “Through the work we do, we have actually been able to make a lot of difference. As for me, being an ending child marriage mentor, I feel like a lot of young people have learned to be assertive, they have built confidence in their lives. I have given them information on sexual reproductive health, menstrual hygiene. These are some of the issues that they did not know about. So like, it is something by which when you have the information and share it, it keeps on changing the community.”

Bessa, growing up outside the capital city, shares similar experiences teaching sexual reproductive rights in the rural areas: “I saw the impact on these girls, and even now – even after some 4 years –  some of these girls are able to call me and say “You helped me, I still remember that work that you spoke to me about”, and sometimes I do not even remember that I ever spoke to such a child with such a story, but they contact me to get advice and guidance.”

Three days after the visit to Copperbelt, I am sitting at the lunch table with Honest, and whereas the conversation was initiated talking about the afternoon program, I find myself mesmerized by his stories. Growing up in a family that was unable to raise him, he was sent to live with his uncle: a man who, in spite of family bonds, did not have the funds nor love to raise an extra child. After years of hardship, 14-year old Honest decided to live in the streets. And though he left his uncle’s with a bag empty of love, he always remembered his uncle’s advice of  never doing drugs, of staying clean. Something that kept him one step ahead of many of his fellow street kids and something that led him to eventually stumble upon a street kid project led by the YMCA. A place where he did not only find shelter, but also a place that helped him build himself up and a place to which he will always be grateful.

Fast forward 20 years, Honest and I sit at the plastic table at the YWCA canteen, and though Honest now has an apartment and a passion to help others giving him a reason to wake up every morning, he always stays grateful “I do not want any child to go through what I have had to. That is why I am here and that is why I believe that even helping one child makes it worth it all. The smallest difference you make can be a big fire for someone.”