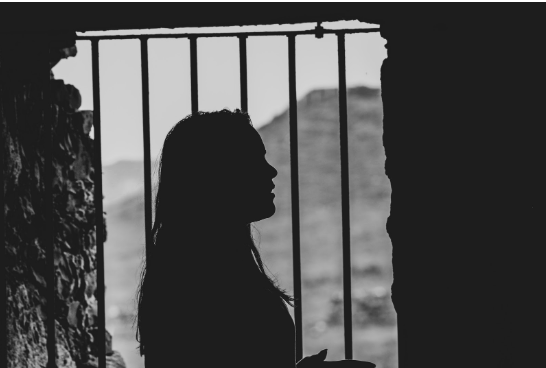 Women are being incarcerated at an alarming rate in the U.S. and presently constitute 7% of the entire inmate population. Over the past two decades, in particular, the number of women incarcerated has increased by almost 800%. When attempting to demystify the causes of this exponential growth, the effects of the “War on Drugs” policies must be considered.

Instead of helping make communities safer, these punitive policies have made women vulnerable to discrimination and imprisonment. ACLU findings reveal that almost 40% of convictions in the 2000s were drug-related while 34% of women were charged with non-violent crimes such as burglary, fraud, and larceny. While men are imprisoned at a higher rate overall, women are largely imprisoned for non-violent offences and simply don’t have the means to defend themselves in court. These figures raise questions about what the underlying cause of these crimes were and why non-violent crimes often result in such harsh sentencing.

Many incarcerated women are faced with peculiar vulnerabilities that can lead to crime and incarceration such as mental health challenges, abuse, and poverty. With such a minuscule percentage of these women being convicted of violent crimes, it may be time to consider other alternatives. Below you’ll find some reasons the U.S. should start looking for solutions outside of the current prison system.

It can be argued that incarceration and harsh sentences can trigger a downward spiral for women who are already on the brink or in the trenches of poverty. The mass majority of women being imprisoned today happen to be facing social disadvantages such as being low-income earners, minority single mothers, drug abusers, and victims of abuse. Women of color are especially vulnerable as a result of the persistent racial issues in the criminal justice system.

Such racial issues are said to stem from unfair drug policies that result in harsher sentences for black and Hispanic offenders in comparison to their white counterparts. A primary example can be seen in the 1986 federal Drug-Abuse Act which made crack cocaine sentences three to six times longer than sentences for equal amounts of powder cocaine. According to 2006 drug statistics, African Americans constituted for about 81% of federal crack cocaine defendants which explains some of the deep-rooted racial biases that exist.

The reality is that racial discrimination results in women who often just need the right support and resources being thrown into prison with no real solution to their problems. The negative consequences of incarceration for such women are bilateral, since once they leave prison, their convictions result in failing criminal background checks, which are usually prerequisites for securing work. Consequently, providing for themselves becomes arduous, the chances of poverty and crime increase, and economic as well as social disadvantages are perpetuated.

One of the most alarming things about women being incarcerated at such a rapid rate is the negative impact it has on families. Research conducted by ACLU found that over 1.5 million children have a parent in prison. It is critical that the U.S. thinks about the emotional toll this has on kids and how it could negatively influence the trajectory of their lives.

Some damaging effects of mothers being imprisoned include having more children lost in foster care and increasing the likelihood of them continuing the vicious cycle of poverty, violence, crime, and incarceration. Instead, solutions that don’t require women and children being separated but instead address the trauma or socio-economic challenges of women should be considered. It could help offset the sometimes permanent effects of families being driven further apart as a result of ineffective solutions being prescribed to solvable problems.

An example of a state that has successfully been able to keep families together and reduce recidivism rates is New York, with their introduction of the Justice Home initiative. This program improves the prospects of women with felony convictions by assessing their needs and providing relevant services instead of incarcerating them. The benefit of such an alternative also extends to taxpayers, as it costs $15,000 per client whereas one prison bed in New York is a minimum of $60,000 annually.

Better Use of Resources

According to the Bureau of Justice Statistics, mass incarceration in the United States costs the government and taxpayers at least $81 billion annually, which is more than the U.S. spends on helping refugees. Despite the robust amounts being spent, prisons are said to be lacking in the resources needed to provide the treatment women need for successful rehabilitation. This raises questions about how resources are being distributed and what measures are being put in place to ensure that women are rehabilitated and not leaving incarceration worse off.

It has been suggested that Ghana aims to improve its penitentiary system by developing policies that ensure their prison systems operate as centers of reform, and this is a suggestion that the U.S. could also take on board. On such premises, a way to rehabilitate women would be by ensuring there is adequate mental healthcare in prisons, seeing that evidence shows that over 70% of incarcerated women have some sort of mental illness. This could also help reduce the number of women that end up incarcerated again within three years, which is said to be one-third.

It is also worth thinking about what could be done to prevent women from being incarcerated to begin with. One solution that is being implemented is social justice practices being taught in classrooms in order to create awareness about prevalent class and race issues. Such knowledge could not only help vulnerable minorities avoid the same fate as other incarcerated women but also create a sense of solidarity when it comes to social injustices.