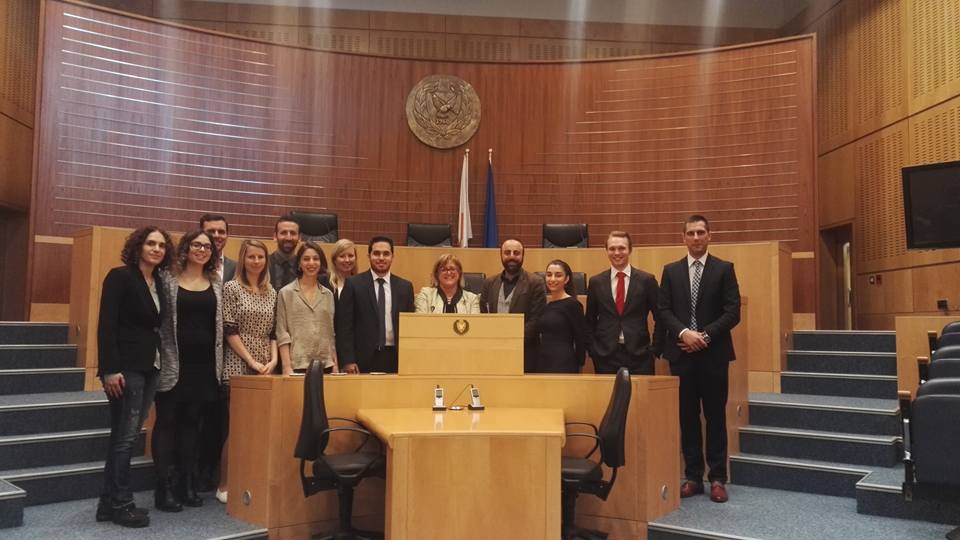 Cyprus has been home to many different civilizations, ruled by many kingdoms and colonized by several countries. The last country to colonize all of Cyprus was the United Kingdom. In 1960 the country of Cyprus declared its independence and, though ethnical differences between Greek Cypriots and Turkish Cypriots were a serious issue, there was no doubt that this was one sovereign country, with one government and one Parliament. However, this was brutally changed in 1974 when Turkish troops took over one third of the island and later declared the Turkish Republic of Northern Cyprus. Despite the fact that no country other than Turkey recognizes that ”republic” as an independent country, the island is in practice divided.  Now, more than 40 years later, people are finally starting to see the light at the end of the tunnel, and many have high hopes for the ongoing reunification process. But uniting a country that has been divided for 45 years is not an easy task, especially when the sides don’t even agree what happened in 1974. From the Greek Cypriot perspective, the country was occupied by the Turkish military, which forced people out of their homes. From the other side, the occupation is seen as a consequence of systematic discrimination and as a humanitarian intervention to save Turkish Cypriots.

A few weeks ago, I participated in a study visit to Cyprus together with the leadership of other International and European political youth organizations. We met with the speaker of The Parliament of Cyprus, the official negotiators from both sides and NGOs active in supporting the reunification process. We were told about the situation from several different perspectives and the hopes is that we can spread awareness and be part of a peace process. We also visited the buffer zones, upheld by the United Nations, that divide the sides. 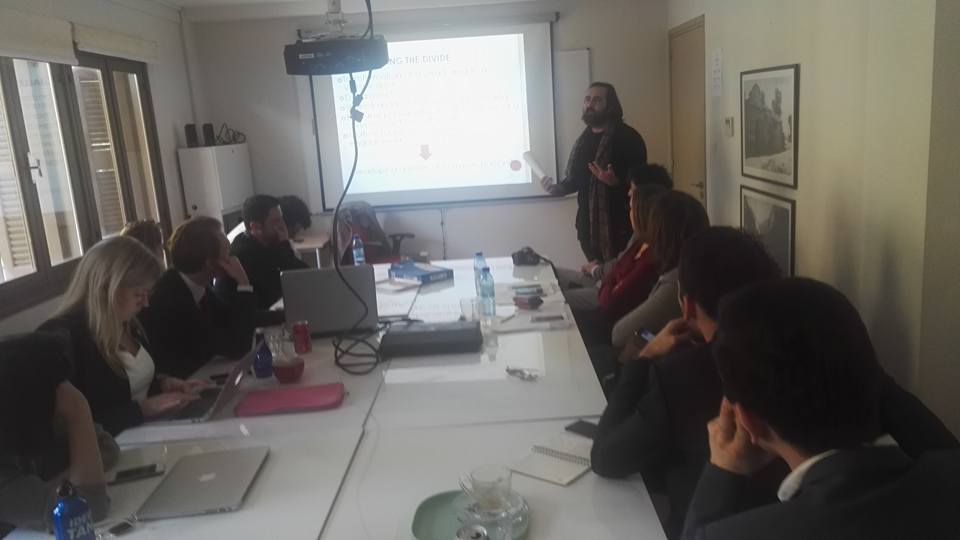 The buffer zone is a physical separation but also a symbolical one. In 2004 the borders were opened and it became possible for Greek Cypriots and Turkish Cypriots to visit each other. But due to the ethnical division, the contacts between the sides are limited. Actually, the situation is so tense that relationships between Greek Cypriots and Turkish Cypriots are so uncommon, that it receives news coverage when it happens. This emphasizes an important point that is often forgotten when the Cyprus issue is discussed, the conflict is not just a political one and no solution can be achieved without the support of the people. If a resolution is reached between officials on both sides it will put forward to the people, and they have to confirm the reunification in two separate referendums. Given Europe’s recent experience with referendums, that means pulling off a miracle. What complicates the situation even further is that the north side is not only home to Turkish Cypriots but also to Turkish settlers. People who are not Cypriots, but have lived in Cyprus for decades. It is also home to about 17,000 Turkish soldiers.

The negotiations started about two years ago and covers several different areas. The easier questions has been settled and the main issues to settle is now housing and security. When parts of the Island came under occupation, Turks and Turkish Cypriots moved into houses previously belonging to Greek Cypriots and vice versa on the other side. How to settle the ownership of these houses is an issue that has no easy solutions. The other big issue is security. From the perspective of The Republic of Cyprus, they would like to see all Turkish military expelled from the island, which is not something the other side will agree on. A possible compromise will probably see fewer soldiers but continued military presence.

Just weeks before we arrived, the Northern side decided to walk away from the table leaving the negotiations stranded, which continues to be the case today. From their perspective this was a consequence of the Republic of Cyprus Parliament who voted on including a contested historical events in history lessons for kids. Though all can agree that the timing of this vote was unfortunate, the representatives of the south emphasized that they rather believe this to be a consequence of the Ankara government forcing The North to walk out in order to maximize support upcoming  constitutional referendum in Turkey. No matter the reason, both sides are keen to work towards reunification and the negotiations, and The Republic of Cyprus is looking into amending the vote.

To show our support of peace and reunification, the International and European Political Party Youth Organisations are releasing a statement where we share our thoughts about the situation.

We believe that both communities have shown sincere will to unite once again. This strong will and struggle to reunify Cyprus must be supported and must be put as a top priority on the agenda of the International Community and the European Union, since for many Cypriots, the full membership of the European Union is the greatest guarantee for both communities. With that statement, we would like to express our hope for the resumption of the negotiations and our common full support for the achievement of a peace plan and fair reunification soon.

Anders Rehnberg is from Gothenburg, Sweden. He is a vice president of IFLRY and a member of the liberal youth party Liberala ungdomsförbundet (LUF).