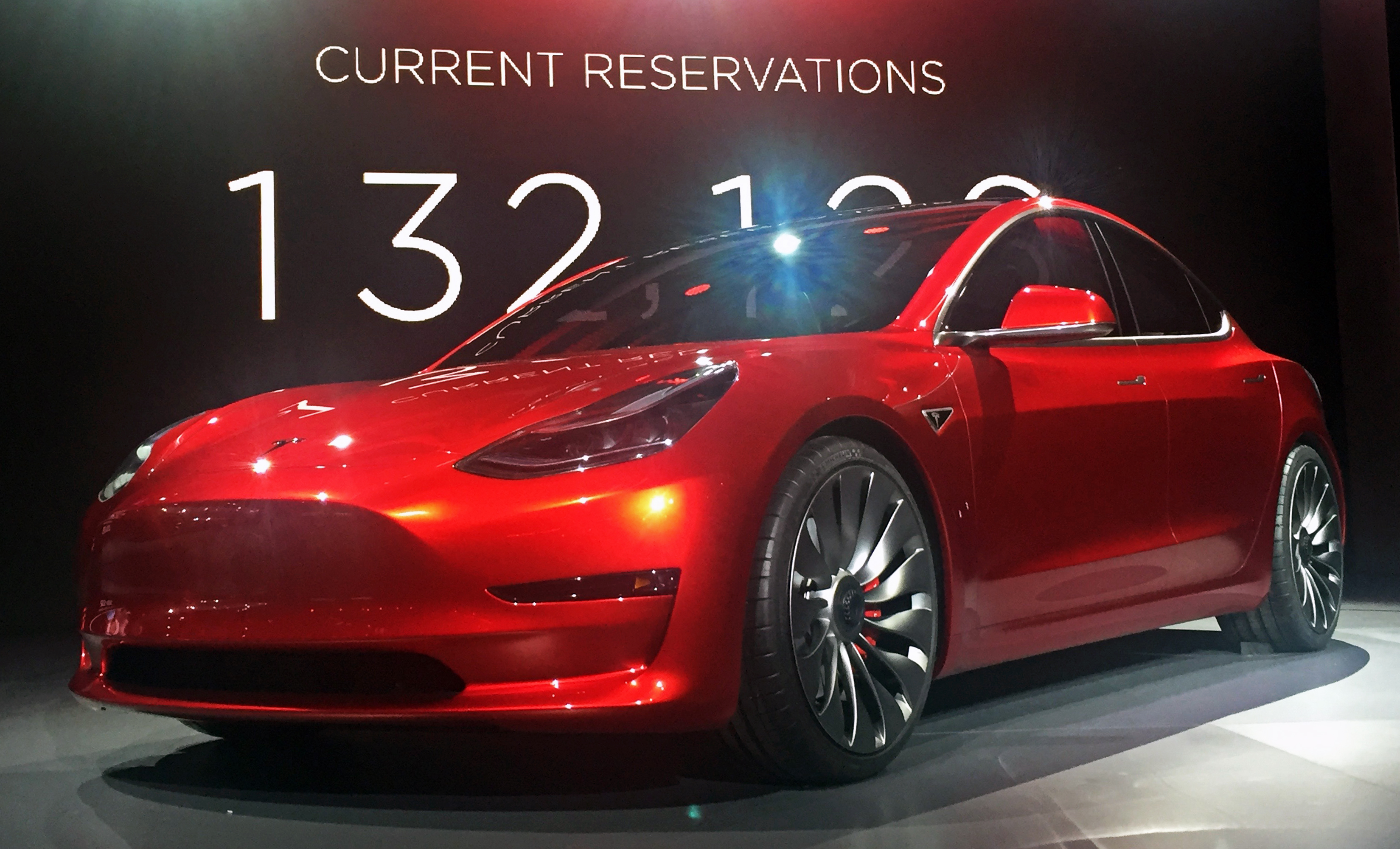 A phenomenon was unveiled last week. Tesla’s Model 3 was introduced to the world with great excitement, but the car wasn’t the phenomenon, the obvious demand for a quality, affordable electric car was. Before consumers even got a glimpse at the stylish new Tesla, 115,000 pre-orders were tallied. By week’s end that number had swelled to over 325,000. To put it in context, this is greater than the annual sales of all Mazda models combined over the course of an entire year.

So what’s behind this enthusiasm? There are two main selling points: first, there is an obvious thirst for electric vehicles. Second, Tesla has become the Apple of cars with a cult-like following. The first factor comes from an increasing environmental consciousness and a desire to reduce pollution and our ecological footprint. An electrical car has no exhaust which is becoming increasing important in battle against air pollution.

One criticism of an electric car is that they still get their electricity largely from fossil fuels because electricity is largely coal, gas and oil. Although this is true, a power plant is 60% efficient where a car, at best is 20%. And, not all of a power plant’s electricity comes from fossil fuels. An ever improving smart grid receives an increasing amount from solar (large scale and rooftop), wind and other renewables. Additionally, the electric car has the potential to be fueled exclusively from solar, an option unavailable by tailpipe emitting gas cars.

Furthermore, the Tesla brand has a following beyond practicality. Sure, the specs of the car are awesome. The Model 3 goes zero to 60 in 6 seconds. Because it has electronic steering and handling it can operate at the nanosecond level, providing top notch performance. The car has a range of over 200 miles per charge and free access to the Supercharger network where Tesla drivers can recharge in about a half hour.

There is a 15 inch display in the center of the dash that functions as navigation, controls and communication. The roof is a single pane of glass that is molded to cover the top as well as the rear view. This creates the illusion that there is more room inside, by eliminating the ceiling cushion that takes up headroom.

The fact that there is no petrol engine allowed Tesla to increase passenger room by moving the cabin forward, while making the overall car small-ish. There is still plenty of storage, because in addition to the trunk, there is a front trunk or ‘frunk’. The car has the auto-pilot safety feature standard as well as a 5 star safety rating in all categories and will receive updates over-the-air through its 4G connectivity.

I will be so bold as to say that all of these features make the Model 3 superior to its chief rival, the Chevy Bolt, but the fact that it is a better car isn’t the reason people are so loyal to the Tesla brand. The fact that Elon Musk and Tesla’s mission is to advance the advent of sustainable transport is.

This car is not just a great car, it’s a great example. By creating a great electric car for $35,000 Tesla showed that it can be done and by receiving 325,000 deposits confirms that the other automakers better wake up. The people want these. And if US automakers want to compete they need to take a lesson from the phone companies and adapt.

But the Tesla brand brings more to the fight than revolutionizing how we think about electric cars. They show how obsolete it is to slowly add features and roll out new models once a year. Such practices had their time. Now, if automakers want to compete with Tesla (and perhaps upstarts like Faraday Future and others) they must rethink their relationship with consumers as well as their manufacturing models. They must be willing to move faster and pay attention to the changing times.

Although bringing awesome electric cars to mass consumers is an amazing accomplishment, it is the disruptive effect that Tesla is having on energy and the evolution of transportation that really matters. If Tesla accomplishes its mission of accelerating the advent of sustainable transportation its market share will not be necessary to determine that it was, in fact, a success.

Jerry Mooney is the  author of History Yoghurt and the Moon. He studied at the University of Munich and Lewis and Clark College where he received his BA in International Affairs and West European Studies. He has recently taught Language and Communications at a small, private college and owned various businesses, including an investment company that made him a millionaire before the age of 40. Jerry is committed to zenrupting the forces that block social, political and economic justice. He can also be found on Twitter @JerryMooney