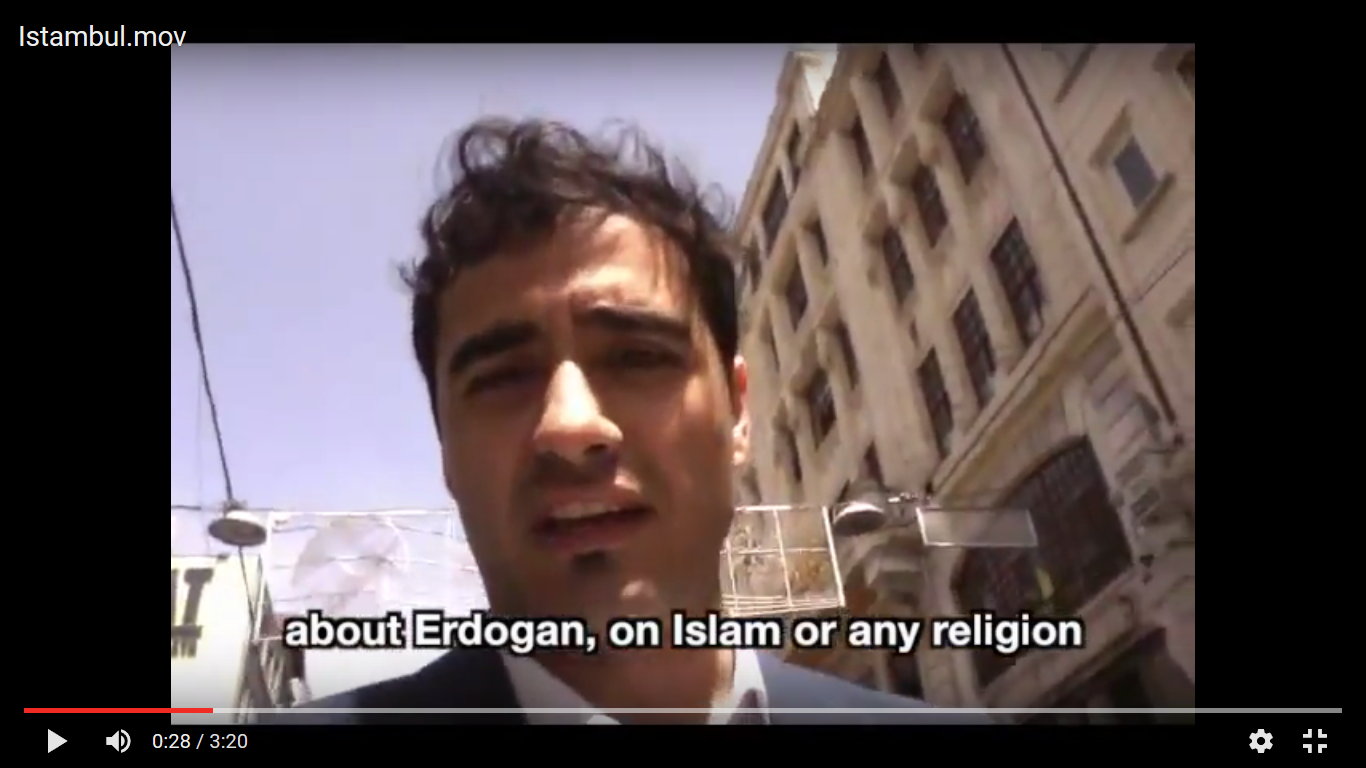 With Dutch journalist Ebru Umar, who was released from arrest by the Turkish authorities yesterday, still being denied her right to leave the country, we decided to subtitle this video by Alvise Pérez. Alvise was attending IFLRY’s General Assembly Istanbul, Turkey, the weekend before last, and decided to make this video then. Sadly, the video is still as relevant as it was two weeks ago.