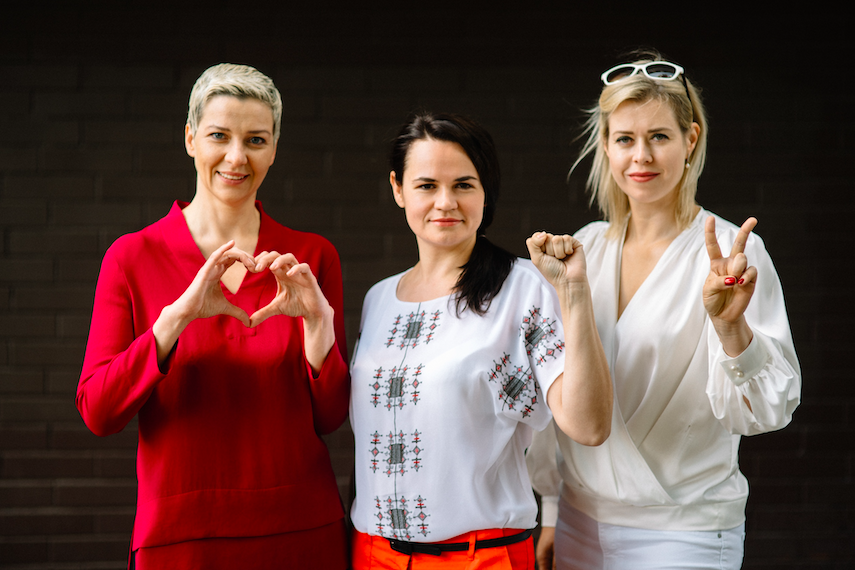 On August 9 Belarus held its Presidential elections. The first and only President of Belarus, Aliaksandr Lukashenka, claims to have won these elections with an 80% vote share against 10% for opposition candidate Tsikhanouskaya. Due to an (even for Belarus!) unprecedented level of falsification it cannot be said that this figure in any way reflects the true outcome of the election. The outcome sparked widespread protests. The extremely violent police response to these protests will likely only exacerbate the problem. As the protests continue into the sixth day the future of Belarus is becoming increasingly uncertain.

Democratization is often a long and arduous process. Despite initial enthusiasm and generally quite democratic constitutions, most post-Soviet countries experienced a period of democratic backsliding at some point. In the 2000s so-called ‘color revolutions’ reinvigorated the democratic movement in this part of the world. These generally non-violent protests all followed a similar pattern. Large decentrally-led groups gathered on central locations in the country’s capital. They settled on a simple, non-ideological demand such as democratization or the overthrow of an incumbent head of state.

A color revolution is one of the few remaining threats to the position of Lukashenka. A challenger to Lukashenka could never win the Presidency through the ballot box. Elections in Belarus are notoriously unfair; there has not been a free election since 1994. Further, there has not yet been a publicly visible split in the country’s elites. Lastly, Lukashenka has for 26 years managed to resist deep integration with Russia. The threat of unwanted integration with Russia is always present, but Lukashenka has so far shown himself to be very adept at handling this threat.

In contrast, the widespread street protests of the last couple of days can seriously challenge what’s left of the Lukashenka regime’s legitimacy. Lukashenka’s true popular support appears to be very low. Nobody knows just how unpopular he is as opinion polling was banned long ago and fair elections have not been held since 1994, if ever. An informal online poll indicated that only 3% of respondents support Lukashenka. Although it is unlikely that this is true level of support for ‘Sasha 3%’, this figure has become widely used in opposition messaging. The gross mishandling of the COVID-19 crisis and a recent decline in Belarusian living standards help explain this awfully low support rate.

At the same time the opposition has united. Several high-profile new challengers successfully gathered the 100.000 signatures required for registration as a presidential candidate. These potential candidates were predictably either imprisoned (Babaryka, and Tsikhanouski) or pressured to leave the country (Tsepkalo). Just one representative of these new challengers was registered as a candidate: Sviatlana Tsikhanouskaya, the wife of jailed blogger Siarhei Tsikhanouski. She quickly gained the support of the campaigns of the main opposition candidates. Tsikhanouskaya’s message was simple: if elected, she would organize a free and fair election and release all political prisoners.

It was not to be. The official election results indicate that the Central Election Committee decided that Lukashenka would get 80% of the vote and Tsikanouskaya 10% of the vote. In some election districts where the vote was counted fairly the result was the exact opposite, with Tsikhanouskaya often winning with over 80%. The true result simply cannot be known. Already before the results were announced a nationwide protest started on Sunday evening. Over the last week this was followed by a nationwide strike, ongoing protests in nearly every city, road blockades, and a violent police crackdown.

In nationwide protests there is often no chance for the authorities to fully control the protest the way they want: their actions can only escalate or de-escalate the situation. De-escalation from the authorities could happen through concessions, violence, or even inaction. On the other hand, these same actions could embolden or anger protestors. Nothing escalates a protest more than blatant, indiscriminate, and widespread injustice.

Some people certainly take to the streets for political purposes, but with abstract political issues there is no sense of urgency. But what if your neighbor is fired from his job because his daughter attended a protest? What if normal people get pulled off the streets for no apparent reason before being thrown into a prison for an indefinite period? What if you’re charged with 15 years in a labor camp for being an election observer? What if your boyfriend is killed by the police while walking from his home town? These situations are not abstract at all; they have all happened in Belarus in the last week. The anger felt about these events is not ideological but based on universally held values. Only the staunchest Belarusian ideologues don’t value human life, freedom of expression, and the right to a fair trial. This anger cannot be channeled into the practically non-existent election process, so the only remaining option is protest.

Lukashenka might have shot himself in the foot by handing a carte blanche to the Belarusian security forces. In the last week news has been slowly trickling in of thousands of protestors being violently beaten, with some tortured, raped, and even killed. A haunting video of the screams coming from torture chambers in a Belarusian prison indicates how cruelly political prisoners are treated. Perhaps Lukashenka is even losing some control of his security apparatus. On Thursday the state decided to release some prisoners in a tepid attempt to appease the protestors. Clearly this move is an attempt to mitigate the damage caused by the overzealous Belarusian police.

What is next? The Belarusian opposition has mostly united and has drawn in many formerly apolitical people. Lukashenka’s popularity is at an all-time low. In other countries these conditions often preceded large political changes. Belarus is perhaps not like other countries as Lukashenka has been able to resist large protests in his 26-year tenure. Nevertheless, the protests around the presidential election will set the tone for the years to come. If the protests’ momentum is large enough, perhaps we can see significant political changes over the coming years in Belarus.