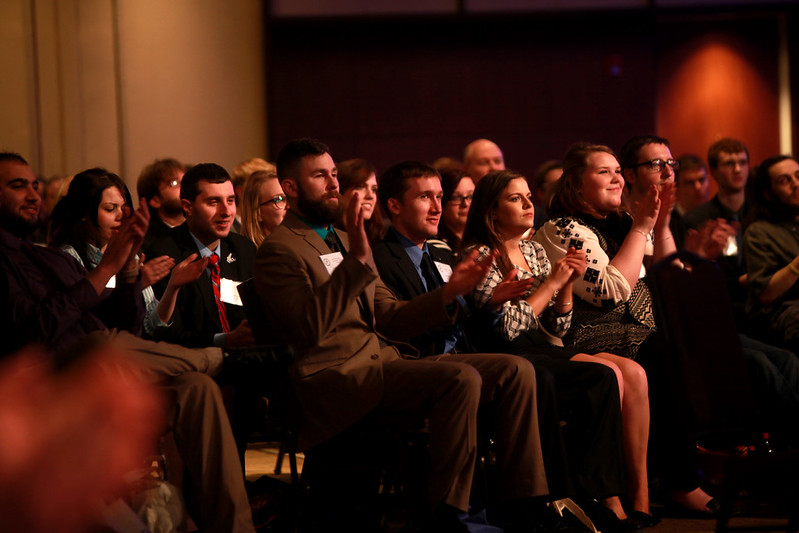 Students for Liberty, as you already said, is an international organization with a worldwide presence. We are divided by regions and the Latin American Region is called “Es Libertad”, which more or less translates to “It’s liberty”. As “Es Libertad”, as Latin America, we are also subdivided by regions. In Colombia, we belong to the Andes region, which includes Ecuador, Venezuela, Bolivia and Peru. In this pandemic, we have actually been closer, as we have worked as a real international network. We have been doing online events together. It feels like we have local coordinators, who are in another country, but we can still count on them, which has been great.

I assume most members are students. Is there anything else that unites people who are active in the organization? What brings people to Students for Liberty?

I think there are a lot of things that bring us together. I will first speak generally, and then about Colombia specifically. Our main principle is that we cover all the philosophies or schools of thought of liberalism, so it is very widespread. This makes us different from any religion or any political party, because there is a lot of room for people. It is amazing because we have a lot of discussion amongst ourselves: it is not some sort of fixed package of ideas you buy and have to stick to. There are a lot of different ideas, regarding the power of the individual. For Colombia, I’d say that what brings us together is the love for liberty and our concern and our love for our country. Students for Liberty is not just for students here. As an organization, we can only admit students and people until they are around thirty, but what I have been trying to do here in Colombia is that I wanted to form a common point for all people who love liberty and who consider it a main principle in their lives. I have been trying to contact business managers, professors, students, people from civil society. Anyone can be part of us, can cooperate with us. So, that is what brings us together – there is room for everybody. The thing that we are not dealing with is political representation, because our main goal is to be an academic organization, so we give people the tools they need to develop themselves in different scenarios: if you are a politician, if you are a business man, if you are a student, if you are an employee at any company. We deal with this academic part, with the academic work, which is amazing and challenging, and we have it clear. We know that we are an academic organization, we don’t deal with political representation, which is not our task, but instead we are there to model public opinion.

Are there any national or domestic organizations your work with, or partner with for events, that have a less academic approach?

Yes, that’s the nice part. The liberty movement in Colombia is young, it’s small, but it has been growing really fast. It has been so satisfying to see it grow for the last years. We have just three think tanks, but they have been gaining a lot of power in the last years. We have one think tank that is called Libertank, we have another think tank that is called CPLP – which stands for Centro de Pensamiento Libertad y Prosperidad, Liberty and Prosperity – and the third one is ICP – which is Institute for Political Science, when translated. Those are our main partners, and we also have the Libertarian Movement, Movimiento Libertario, which operates a little bit more in the political arena.

What are the fundamental values of Students for Liberty, beyond liberalism, and how do you work to promote these?

We want to free our future. That is our vision, as an organization, that we always have really clear. We are trying to guide our activities and our actions, and really everything we do, on this mission. Our mission is to have a freer future, and our mission is to educate and empower the next generation of liberty or freedom leaders. So, everything we do is in order to empower our leaders, to educate them and to model public opinion. We always try to be, again, the point in common for everyone in this country. There is room for everybody – of course, who loves liberty and wants to fight for it. Regardless of whether they are libertarians or classical liberals or objectivists, or whatever they want to be.

It’s good at bringing people together. We’re not a political party. Sometimes you find people that seem to be part of a religion while they are trying to communicate the ideas of liberty and our big tent emphasis allows us to welcome everybody and have a discussion and empower students, because we are the ones who go to universities and try to, at least, balance the debate a little. We debate and discuss and argue with professors that try to indoctrinate students. SFL brings people together and people value the work we do. We’re a family, not only in Colombia, not only in the Andes region, but globally.

How do you think Students for Liberty could still improve?

We have a lot to improve. It can always be more organized, we need to admit that. It is a volunteering organization, though, so you don’t have a perfect one. Not even paid organizations are perfect in this, after all. There is a lot of passion coming from our leaders. A big tent emphasis is an amazing advantage we have, but sometimes it is difficult to manage, because you always want to impose the way you conceive of liberty and this often depends on the national coordinator that is in charge at any given moment. If you want to be a bit more peaceful, with people arguing less, you can manage it, but if you are a little bit more explosive, then it is difficult to keep that big tent emphasis. Of course, you also always have the challenge of keeping people’s commitment, although I think that is not something that is unique to Students for Liberty but is the case for every single organization. For the last two years, we have been organizing ourselves a lot. Two years ago, I started by myself. I was the only national coordinator in the country, but we have been growing so fast – we are not a lot of people, but if you look at how it has changed, with the number of local coordinators, it is amazing. It has been two years, and now we are around fifty people around the country and we are in ten cities, so it brings a lot of satisfaction to see this. How do you manage people from different cities, different contexts, different situations and different needs in each city? That is a challenge. The same applies to how to keep the national union of the whole organization, and the institutional image.

What are projects you are working on for the next year? How are you dealing with the current situation, which makes it more difficult to hold events?

You have already mentioned before that liberalism in Colombia has been growing in the past years. Are you optimistic for the future? Are people receptive to liberal ideas?

Actually, I’m pretty optimistic. Even though the state has been growing and taking a lot of liberties from us, we are more and we have been growing as well. There are more WhatsApp groups, more debates, more virtual events and people are more interested in the topic. Before, people didn’t talk about reducing taxes and now that is part of the agenda of public debates. At least, that is something. Sometimes, people in the liberty movement might be a bit negative, and they have reasons for that, but I feel optimistic. Four or five years ago, this didn’t happen. There are a lot of students interested and willing and eager to work for this, so I find this an amazing challenge that we have.

What was your motivation to become a part of the liberal movement, and become active with Students for Liberty specifically?

I had a professor, his name is Luis Guillermo, who taught me Economic Thought I and II while I was doing my major in economics. He completely changed my way of evaluating society and evaluating reality. He taught me the principles of liberty. We did this classical liberal economic study group, where we used to read a lot of books. We read The Wealth of Nations, we read Menger with The Principals of Political Economy, we read Hayek. It was amazing, and so he gave me wings, in a sense. That was my inspiration, and then I found a local coordinator for Students for Liberty. I went to Cato University’s seminar in Ecuador, and there I met a lot of people from Students for Liberty as well, so I decided to join the organization. That is how I met SFL and how I got inspired about liberty. The Great Connections seminar by Marsha Enright in Chicago was amazing, it was really a revealing and inspiring experience. It was about the Socratic Method, and we read a lot of great books for that seminar, so there I got even more involved. When I came back to Colombia, I decided to get involved into some activism. I found Students for Liberty Colombia and the only national coordinator that was there at that time had quit at that moment. So, there were six months in which the organization had been led by no one and therefore I started almost from zero when I got involved. The organization has grown a lot and I am really passionate about what I do. I spend a lot of time on this, I dedicate a lot of my effort and I’m always thinking about how to improve it. I found a wonderful and committed team, so it hasn’t been only me. I had the support of amazing people and it has been growing a lot thanks to our team and our really committed students. That’s our story.