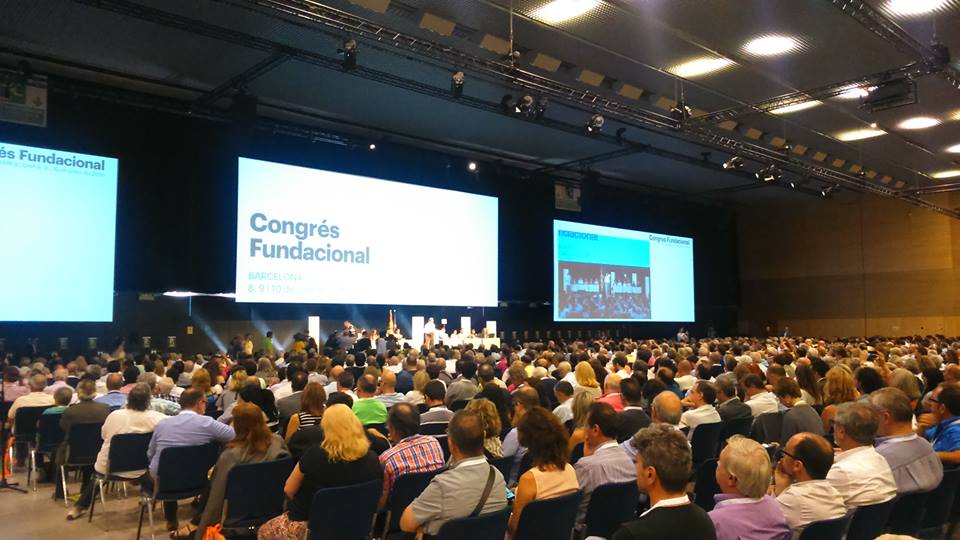 Democratic Convergence of Catalonia (Convergencia Democratica de Catalunya – CDC), one of the leading parties in Catalonia, held its 18th and final congress on Friday 8th of July. Its former members founded a new party the same weekend with the aim to continue defending its political space with a completely revamped political formula which ticks all the boxes for a 21st-century party.

The story of the CDC starts in 1974. Then, in spite of a dictatorship, which had banned all political organizations, a group of people met near Barcelona to found a centrist political movement with the aim of ruling Catalunya and representing Catalans in the (then-future) central government. The CDC governed  Catalunya, in coalition with Unió Democràtica de Catalunya (a Christian Democrat Catalan party), for 23 years in a row, until 2003. Then, despite still winning the elections, the 2nd 3rd and 4th biggest parties formed a coalition – excluding the CDC. 7 years later, after winning all elections in between, CDC became part of the  Catalan government again. At the same time, a major part of Catalan society started to ask for more autonomy and more independence from the Spanish government. From then on, CDC changed its aim from a nation-based party to a State-based party, changed its partner in government (UDC was no longer in coalition with CDC) and became a party with new ideas. This situation brought the CDC to the point of asking its members if they considered that the Party had to be partially changed or fully changed, in order to fulfil 21st-century voter expectations. This resulted in the ‘new formula’ option,  which brings us to the Friday 8th to Sunday 10th of July Congress.

JNC garnered enough support for 80% of its proposals, including many which were not supported by the former bureau, which meant the JNC had to actively lobby in their favour and participate in a vigorous debate. A few examples of these proposals are:

As a result of debate during the congress, former CDC members choose a new party name. The new Catalan Democratic Party (Partit Demòcrata Català) is a social-liberal party with a revamped structure, a new profile, a digital spirit and a commitment to the legacy of over 30 years in government.

Víctor Colominas Ruiz is the international officer of  Joventut Nacionalista de Catalunya. If you’d like to contact him you can email: vcolominas@jnc.cat