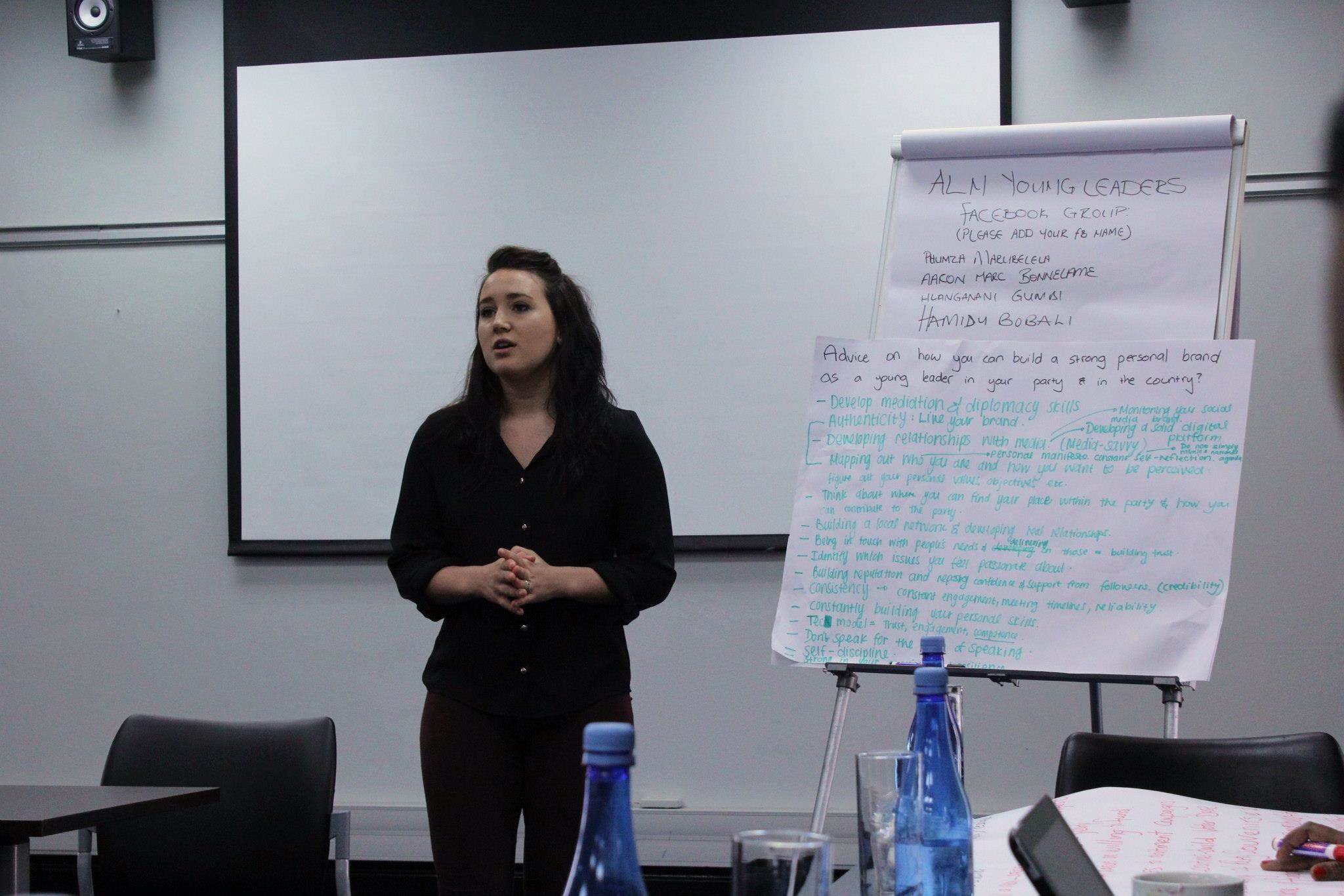 The cab ride was marked by a sense of excitement and a concerted effort in trying to remember each other’s names. It was Mellaquez’ first time in Cape Town, and her eyes filled with delight as she peered through the window as we grew closer to Table Mountain. Hamidu broke the silence, “There is a serious problem with the persecution of Albinos in Tanzania. It’s something that seriously needs to be addressed. Our political organisation is trying to achieve something there.” It was then that I became certain I was in for a very interesting weekend.

We were on our way to the Cape Milner Hotel for a best practice study exchange weekend hosted by the Democratic Alliance Young Leaders Programme of South Africa, the Westminster Foundation for Democracy, the UK’s Liberal Democrats and the Africa Liberal Network.

Young delegates attending the session had flown in from all corners of the African continent including the Seychelles, Morocco, Ghana, South Sudan, South Africa, Tanzania, Botswana and Kenya.

In was in this cultural hot pot of diverse backgrounds and incredibly rich networks that we began to brainstorm the way forward in creating stronger liberal youth organisations, increasing their influence and building resilience in political leadership.

With this being the agenda framing the weekend’s content; we listened gleefully to expert insights from participants and facilitators. The developer of the DA’s Young Leaders Programme shared the vision and methods behind its astounding success, leaving many participants inspired to replicate its model within their own organisations.

We gained further insights from the International Federation of Liberal Youth on growing and strengthening youth organisations through ongoing development and political participation.

The Africa Liberal Network facilitated a conversation around being taken seriously as a political leader, which was well complimented by a visit to parliament where we listened to a panel of young politicians’ first hand experiences of the challenges around this.

Throughout the weekend, participants actively engaged in these sessions. In addition to the value of these more structured conversations, there was a great deal of free time in which conversation was taken further, networks were strengthened, heart-felt concerns and challenges were shared and encouragement was offered.

There was something truly remarkable about being in a room of people who had walked roads which could not have been more different to each other and who had been brought up in dramatically different contexts but who all felt the same about what should lie ahead.

I felt truly encouraged by the greatness that came from this small room of people and I couldn’t help but wonder about the mind-blowing possibilities of what could be achieved if an entire continent came to agree upon what should lie ahead.

With the looming development of a youth sector in the Africa Liberal Network, I could not be more optimistic about the future of Africa.

Katy Starbuck is a graduate of the Democratic Alliance’s Young Leaders Programme. She studies Social Development and has a keen interest in liberalism, writing, creative industries and community development

One comment on “Optimism for a Liberal Future in Africa: Reactions from the Best Practice Study Exchange – Katy Starbuck”