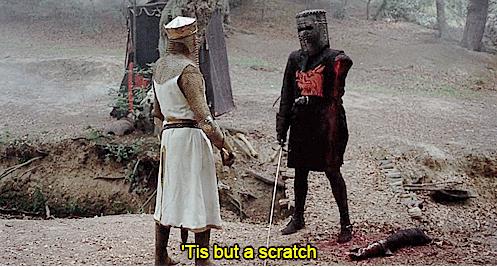 Let’s start things off with a cliché: a week is a long time in politics *is sick all over self *.

But really it is. I mean about a week ago us British liberals were all waiting around for something really bad to happen. But because we are British,  we were all perfectly relaxed about it. Except then everything turned out to be much worse than we could have ever imagined.

I mean 8 MPs. Ffs. And a Conservative majority too? Come on UK!

To be fair, we weren’t even the most hard done by on the night. UKIP and the Greens got around 5 million people and 17% of the nation voting for them and were rewarded with a single representative each to sit amongst the 650 that make up our parliament. Electoral reform now, our system is broken etc etc.

So what’s happened since? Internal bickering between rival factions and blame attributed variously to the media, system and voters?

No, no –  we leave all that to the Labour party over here. Us liberals are quite used to the misery, so we fightback.

Can you believe (because I can’t) that since we were publicly kicked between the thighs that over 12,000 bloody people have joined us in this fightback?

I want to presume they are:

But I’m reliably informed that they are in fact:

These nasty things include the Government reading our WhatsApp messages (or the ‘Snoopers Charter’ as we call it here), getting rid of the Human Rights Act (who needs those?) and the small matter of cutting a further £12bn off the welfare budget (benefits claimants are public enemy number one after all).

It is in this context that we’re about to have a leadership election. In one corner we have the darling of the grassroots and Twitter King Tim Farron and in the other the well-respected and UK Hip Hop hero Norman Lamb. Though the latter was a fantastic champion for mental health in the last Government as Health Minister, an issue close to my heart, I can’t help but be massively excited by the prospect of Tim Farron leading us into the gunfire.

A few weeks before the election, I was in Germany for the weekend to attend the young liberals (or JuLis) conference there. Whenever I mentioned my trepidation about our impending doom, I was met with laughter. Why? Well because their party, the FDP, got less than 5% of the popular vote in the last election and German rules mean they get chucked out of Parliament altogether.

And yet – the room I was standing in had 200 excited people in it. For a youth conference. The whole atmosphere felt utterly resurgent and I couldn’t help  think about the Monty Python comedy sketch where the dark knight gets his arm chopped off but refuses to believe anything is wrong. “‘’Tis but a scratch!” he cried.
Apparently Nick Clegg said at a post-election party the other night that we live by the sword and die by the sword but that he hadn’t realised there would be so many swords. Maybe so. But it appears that no matter how many there are – we liberals are pretty hard pushed to believe they’ve done any damage.

Bobby Dean is the Vice President of International Federation of Liberal Youth and member of the UK Liberal Democrat party. you can follow him on twitter @Bobby_Dean