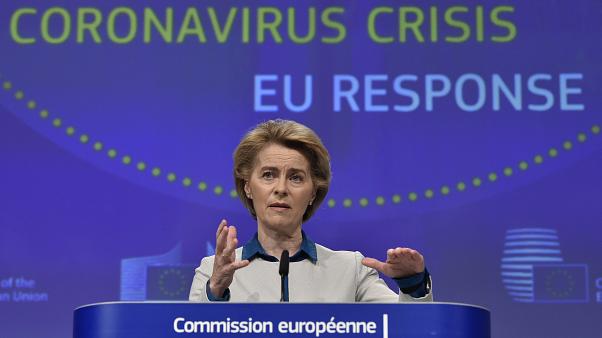 Over the past few weeks, the response to COVID-19 has gone from being an internationally coordinated effort, to a series of largely domestic political and socio-economic issues. Ending the lockdown in Denmark is now very much a Danish issue, salvaging the French economy is very much a French issue, keeping food supplies running across the Maltese archipelago is a Maltese issue. In many countries, the daily tolls in hard-hit European nations – Italy, Spain, Germany and the UK – have stopped being prominently reported. COVID-19 has gone domestic – and this is disastrous for the EU.

For weeks, the lack of a coordinated, pan-union response from Brussels has been harshly criticised – even from within. On 8 April, Mauro Ferrari, the EU’s science chief, quit. In his resignation, he stated that he had “lost faith in the system”. Ferrari’s resignation unleashed a political storm in the EU. European leaders, including Danish PM Mette Frederiksen and Italian PM Giuseppe Conte, have slammed the EU’s response as weak and ineffectual. Conte has even gone so far as to warn that the current crisis could lead to the downfall of the union. On this trail of thought, COVID-19 has the power to be more politically destructive to the EU than Brexit ever was.

But, in the world of politics, actions often speak louder than words. Frederiksen and Conte may have joined with Ferrari in criticising the EU, but it is the fact that leaders have by-and-large ignored the EU in their battles to contain the virus that is truly damming. Even staunchly pro-EU leaders like French President Emmanuel Macron and German Chancellor Angela Merkel have given up on asking for a collective EU response and are managing the French and German responses domestically.

Almost every member of the bloc has now ignored their commitments to open borders under the Schengen and Rome Treaties. Eurozone members have ignored their stabilisation responsibilities by risking deep recessions through lockdowns. Hungary has even gone as far as to ignore its membership responsibilities towards democracy and the rule of law, as Viktor Orban has used the crisis to implement a de facto power grab.

This is the third major crisis in a little over a decade in which the EU has been accused of, at best, complacency and, at worst, ineptitude. This is reflected in public attitudes towards the EU response. According to the results of a recent European Parliament survey, 43% of all respondents across the EU27 believe that the crisis will make the EU weaker, just 19% believe that it will emerge stronger. This is strongest in Italy, where an outright majority (50%) do not trust the EU when it comes to COVID-19. The study also found that a small majority of respondents (51%) believe that inter-European cooperation has been very good or good in the fight against the virus. But decisions such as Germany treating Italian victims or to send ventilators to Spain have been the initiatives of individual governments, not of the EU as a whole.

Adding to the dissatisfaction with the EU was the protracted negotiations between Eurozone member states to find a solution for the deep recession which appears to now be inevitable. The Netherlands and Austria were steadfast in their refusal to pick up the tabs of members with weaker economies, members such as Italy, Spain and Greece. Dutch PM Mark Rutte and Austrian Chancellor Sebastian Kurz feel that neither the EU nor individual members have learnt the lessons of the Eurozone Crisis.

Finally, on 23 April, the finance ministers of the nineteen countries that are members of both the EU and the Eurozone agreed on a rescue plan up to a value of €1.5trillion, far larger than anything handed out in bailouts a decade ago. The plan was then agreed upon by the non-Euro EU members. But Sweden and Denmark expressed reservations towards the plan. Even Germany was wary of the plan’s non-maturing bonds method of easing economic turmoil. In effect, this plan would see the EU27 buying each other’s debts through bonds. The so-called ‘Frugal Four’ – The Netherlands, Austria, Sweden and Denmark – and Germany would have preferred a scheme of low or interest-free loans, less formal than bailouts, but less cumbersome to wealthier EU members. In the end, a compromise was reached. There will be a communal pot of money from which hard-hit countries can borrow. The EU27 has now agreed to these extraordinary measures.

The reason that these negotiations were damaging to the EU was that they took more than a fortnight to complete and continually, and publicly, collapsed at the behest of the Frugal Four. But, ultimately, this does constitute an EU response. But it is a response that will not be used until after the lockdowns have, at the least, been eased and the virus has passed its peak. Until then, the EU is left scrambling to find a way it can be of use to its members while the virus is still actively wreaking havoc. It is a search which, at the time of writing (28 April), is still ongoing.

Brexit may have taken place. The troublesome part of the EU jigsaw – the UK – may have left – albeit with the future relationship still to be resolved. But, as things stand, COVID-19 is probably going to be far more problematic to the very survival of the bloc than Brexit ever was – even during the height of the political chaos of the British withdrawal. The EU, with Commissioner Ursula von der Leyen as its mouthpiece, must find a solution – or at least be widely seen to be actively trying to find one. After all, as Emmanuel Macron recently said of the crisis, “Europe has no future if we cannot find a response to this exceptional shock.”