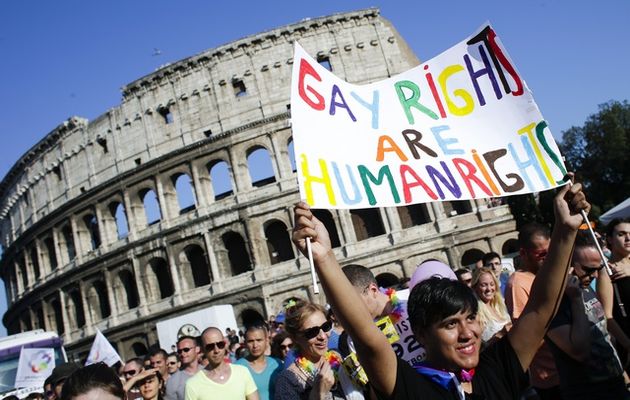 The European Union and its member states have made huge strides in the past few decades with regards to the development and implementation of human rights. Its adherence to fundamental human rights is most clearly reflected in its active attempts to encourage countries not only in its immediate neighbourhood but across the world to adopt these rights. This is not only at the core of the idea of Europe as a normative power, but many argue that this is indeed the pillar of contemporary European power. Europe does, however, face a major obstacle in this area, and that is the development of human rights within its own borders. This article will focus on the current state of LGBT rights in the EU, their implementation and what the way forward should be in this area.

LGBT rights in the European Union are some of the most advanced in the world. Of the 28 member states, 9 have enacted same-sex marriage (with Finland set to become the 10th in 2017), with a total of 18 recognising same-sex civil unions. Huge steps have also been made in the areas of anti-discrimination legislation, family rights and freedom of assembly, among other areas. The EU has attempted, in addition, to export these values to its immediate neighbourhood, as was seen when it pressured Ukraine to amend its labour code so as to ban discrimination based on, among other things, sexual orientation and gender identity, in 2015.

However, while this may all seem positive, EU normative power in this area is and will continue to be hampered by the fact that it is internally divided on the issue. For all the strides we have made towards acquiring equal rights for all the citizens of the EU, there are still a number of member states who have failed to make the necessary reforms and adopt European values. According to the European Region of the International Lesbian, Gay, Bisexual, Transgender and Intersex Association (ILGA-Europe), Latvia and Lithuania are the two EU countries with the worst track-record of LGBT rights, with legislation very much limited in all areas, most worryingly with regards to hate crime. These two member states are in turn part of a group of countries within the EU whose constitution prohibits the implementation of same-sex marriage. These include: Poland, Slovakia, Hungary, Croatia (despite quite positive LGBT rights in all other areas) and Bulgaria. Add to this the fact that openly-gay people serving in the military still remains a grey area in many countries, and the picture looks a lot bleaker than it would first appear.

And how can we be surprised by the fact that these countries, so new to the EU, are so lacking in LGBT rights when two of the founding members of the Union have also failed to give LGBT people the same rights as the rest of their citizens? Germany, one of the core countries of the EU, has not only failed to pass marriage equality and joint adoption, but hate crime and speech laws are shockingly missing. In addition, in a move that can only be classified as absurd, the Constitutional Court ruled that the Church could fire LGBT and divorced employees. While Germany’s situation is bad, LGBT rights in Italy, for a Western European country, are very surprising: while civil partnerships were approved by the Senate during the writing of this article (25th February 2016), many LGBT organisations have complained that this was achieved by going back on the issue of adoption, something which is opposed by members of Matteo Renzi’s coalition government. In addition, hate crime and hate speech legislation is entirely missing, and protections against discrimination remain very limited.

In light of these flaws, what is the way forward? How can conditions in the EU change for the better?

The common strategy in the EU (except for those countries that choose to simply ignore the issue) is the realisation of referendums. The golden example is that of Ireland, which surprised the world by becoming the first country to pass same-sex marriage by referendum. While Ireland’s feat must be praised, and while the 60.52% turnout grants it democratic legitimacy, we cannot leave human rights up for referendum. The mirror-opposite of the success of the Irish referendum were the 2013 Croatian constitutional referendum and the 2015 Slovenian same-sex marriage referendum. In the case of Croatia, voters were asked whether they supported a constitutional amendment that set the definition of marriage as being a union between a man and a woman. Around 66% voted in favour, although only around 38% of eligible voters turned out to vote. The referendum in Slovenia saw around 64% vote against a law that would allow same-sex marriage and adoption. Turnout was 36.2%.

The problems with this approach are obvious: from a democratic point of view, the results of these referenda are simply illegitimate. A minority of your population cannot decide how the majority get to live their lives. But more importantly, this is not an issue to be decided by referendum. LGBT rights are human rights and thus must be guaranteed in equal measure as all other fundamental rights. It is not the role of the state to choose sides, but rather it must ensure the equality of all before the law. The solution, therefore, must be a mixed top-down and bottom-up approach. LGBT rights, including marriage and adoption, must be implemented across the board. Full stop. Meanwhile, a bottom-up approach aimed at raising awareness and educating people about the importance of human rights and equality before the law must also be followed.

Ultimately, we cannot expect to export European standards and values if we are not willing to abide by them ourselves. In light of this, it should be a priority for the European Union to focus on the implementation of these rights internally, and ensuring that EU members place human rights and equality before the law above outdated prejudices and bigotry. Without this approach, Europe’s normative power will remain limited and ineffective.