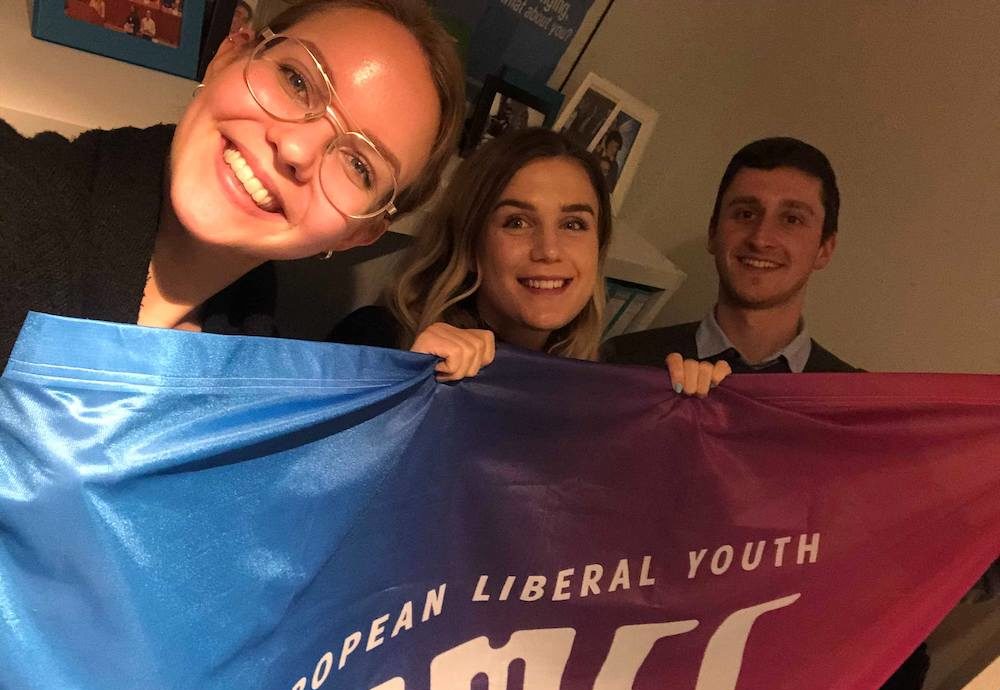 One of the things that I love the most about my internship is that it’s so flexible. The other week, when I was having a conversation with my boss, I told him that I’m really interested in the European Parliament and European politics. His reply (which made me very happy) was “Well, why don’t we send you to Brussels for a week then?” So, on Monday morning last week (being tired but thrilled), I packed my bags and took the train to Brussels.

I have the luxury of having friends spread out all over Europe (one of the best benefits of being active in organisations like LYMEC), and one of my absolute best friends actually lives in Brussels at the moment. So instead of staying at a hotel, I had the pleasure to stay at his place in Etterbeek and not only spend time with him but also with his lovely flatmates.

I spent most of my week in Brussels at the European Parliament, meeting liberal MEPs like Svenja Hahn, Nils Torvalds, Abir Al-Sahlani and Martina Dlabajová, following them to committee and lobby meetings, and getting to know more about their work in the Parliament. I also got to meet some really cool Policy Advisors from the Renew Europe Group and learn more about the work behind the scenes, which was incredibly interesting! The European Parliament really is like a world on its own, but the more I get to know about it, the more interesting it seems. I really think it would be fascinating to work there and be a part of the European Bubble.

While I was in Brussels, it also happened to be the 102nd birthday of my beloved home country, Finland. Instead of watching the Presidential Palace Ball on TV (which is quite boring, but it is something that more or less every Finnish person does on the Independence Day, and we all kind of love doing it), I got to celebrate with fellow Finns in Brussels, which was fantastic. In other words, my week in Brussels could really not have been better!

At the time of writing this blog post (December 14th), I have packed my bags again and will travel first thing tomorrow. Really looking forward to this trip and to spending Christmas in Finland. Man, I cannot wait to see some snow again.