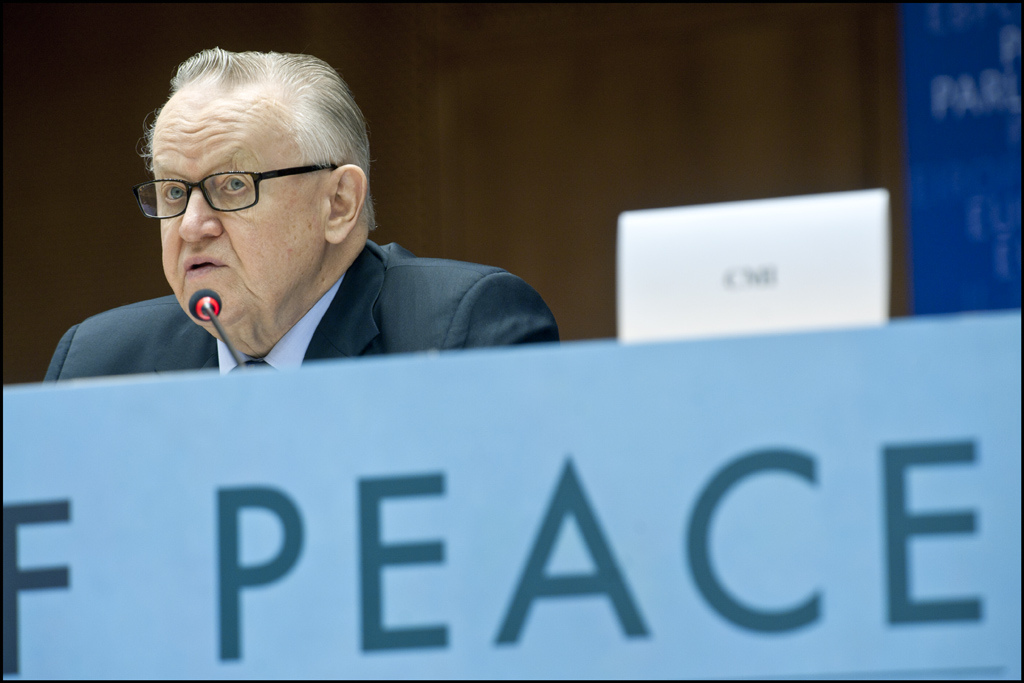 Everything follows from the Finnish–Russian relationship, which is twofold. The story begins with the role of Russia in Finnish history. Although there have been some conflicts between the two peoples, many Finns have a lot of positive things to say about our neighbour. Finland was a part of Russia from 1809 to 1917. This era was defined by Finland’s alternating relationship with Russia. Having previously been party of Sweden, Russia established Finnish autonomy, through the occupation of Finland in the Finnish War (1808–1809). Later, in the middle of 19th century the autonomous position of Finland was expanded for instance with the foundation of Finland’s own currency. Approaching the end of the century the Finnish-Russian relationship weakened, after Russia’s decision to launch russification policies in all parts of its Empire. After the October Revolution of 1917, a group of Finland’s intelligentsia came together and signed a Declaration of Independence, which became later agreed by Lenin.

After World War II the main principles of Finnish foreign and defence policy were grounded in its national role as a global negotiator, as well on strong relationships towards the Soviet Union and later Russia. In a UN speech given in 1961 by Urho Kekkonen, a centrist politician, who was president of Finland for almost the entire Cold War, said the following:

Finland’s role in the international politics has to be the doctor, nor the judge.

Despite all this, from a Finnish perspective Russia is a superpower and a neighbour, that is known for its internal, sometimes even surprising, power transitions. Therefore, Russia is always perceived as a central challenge, but also a possibility, in the Finnish national, foreign and defence politics.

If the National Coalition Party would be alone in the government, would it take Finland into NATO? Of course it would.

In the summer 2016 the party congress of the National Coalition Party again confirmed its political position as in favour of Finnish NATO membership.

There are lots of contradictions in the foreign and defence policy implemented by the current Finnish government, led by Juha Sipilä (Centre Party). In my opinion, the policies that the government is implementing are too heavily influenced by the political programme of the populist Finns Party, which is the third party in the government along with the Centre Party and the National Coalition Party. The government critics are often mentioning the development cooperation cut, but also to the strict immigration policy adhere to by the government. Some are criticizing the government’s social security cuts and the military budget increases.

The role of the president Sauli Niinistö in foreign and defence policy has grown during the current government. Niinistö has claimed that Finland will join NATO only after a referendum. The prime minister Juha Sipilä has said this as well.

Besides the stricter immigration policy and the increases to the military budget, the government is putting effort into the development of Finnish–Swedish military cooperation. At the moment, the government is also negotiating a defence cooperation pact between Finland and the United States that is planned to be signed still under president Obama. Finland is binding itself to the West, but the NATO discussion is left in the background. Apart from the National Coalition Party, other political parties in Finland are clearly more reserved towards NATO. What is the opinion of the prime minister’s party (Centre Party) about that?

The Centre Party is standing behind Finnish neutrality:

Staying militarily unallied is, for now and in the future, compatible with Finland’s interests and strengthens, for its own part, the political stability of the North. There is no clear need to change our military and defence policy.

But opportunities for cooperation are not categorically rejected:

It is justifiable to continue the practical Partnership Cooperation with NATO.

The Finnish NATO membership is supported by arguments that are based on Finland’s geopolitical position, membership in the Western community but also economic grounds. The Finnish State Budget will soon have been in deficit for 10 years. Despite low interest rates, the government is aiming to balance the budget by the year 2021. Maintaining a plausible defence is not so inexpensive. That is why there has been so much discussion about the issue: how should defence be organized?

In an opinion poll from the year 2014, a majority of Finnish people said they supported the national military service. Also, the mission of the Finnish Defence Forces, to defend the whole area of the country (338 424 km²), is seen as an intrinsic value in the programme of both the Centre Party and the Social Democratic Party. According to the position paper on foreign and defence policy that the party congress of the National Coalition Party agreed on this year, Finland had to set its defence expenses to a level of 1.5% of the national GDP. In concrete terms, this would approximately mean annual defence expenses of four billion euros (4.5 billion dollars). In the year 2015 these expenses were about 2.7 billion euros (3.04 billion dollars). The Centre Party the following in its 2014 programme:

After the year 2015 sufficient budget to the Finnish Defence Forces must be guaranteed so, that the Defence Forces can implement its statutory missions based on principles that are found effective.

Also, the Finns Party supports considerable additions to the military budget. Both Jussi Niinistö the defence minister and Timo Soini, the party chair and foreign minister are in favour of expanding the military.

It is important to understand the world in which we are operating. Who is in the lead globally? Where is there a safe-haven for a small, independent nation? Does that kind of haven even exist anymore? Overall, is the time of the bipolar world order near to its end? Will the United States still be a superpower tomorrow? What will the role of the BRICS countries be like? The Centre Party states in its programme, that it believes that the centre of the gravity of power will geographically shift more to the East.

Some people are describing the near future as the time of globally increasing insecurity and confrontation, which is shaped by the tightening competition of finite resources. The future needs its own negotiator. That is also recognized by the Centre Party: Finland is seen as a global Martti-Ahtisaari-like peace-builder:

Finland has the right qualities to develop into a global peace-builder.

This article was originally written for JUURI, the magazine of the Finnish Centre Party Youth. Väinö Tuovinen is the magazine’s specialist in the field of institutional issues, particularly in economic and foreign policy. He is also interested in moral and ethical issues. You can follow him on Twitter @vainotuovinen.