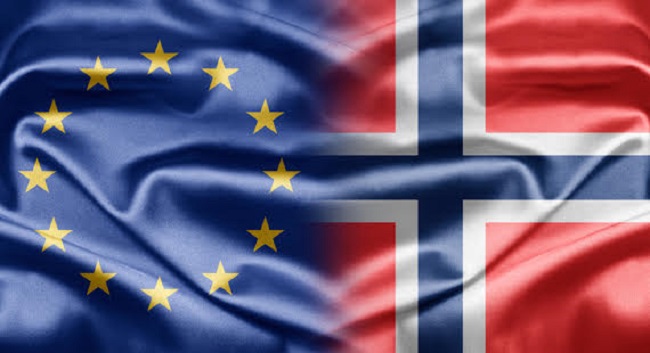 David Cameron warned the citizens of Great Britain of following in the footsteps of Norway in the question of a continued membership in the European Union, and the Prime Minister could not have been more right.

Today we are witnessing a Norway that has more or less nothing to say in the decision-making in the European Parliament. What are the consequences of being on the outside of the Union? In this blog entry, I will try to argue for a Norwegian membership in the EU and perhaps convince someone out there that a membership in the Union is indeed beneficial no matter the size of the country.

The European Economic Area agreement from 1994, now between Norway, Iceland, Liechtenstein and the EU, lays the bedrock for cooperation with these three states, even though they are not members of the Union. This agreement gives Norway access to the internal market of the EU, but leaves out the areas of fish and agriculture. Thanks to this agreement, we can now take part in  the four freedoms of the EU: free movement of goods, capital, services and people. Being able to participate in the internal market is crucial for a country like Norway, and I am very pleased that we have this opportunity.

In exchange, Norway is obligated to implement a vast majority of legislation from the EU. Every year, Norway pays a considerably large amount of money as a membership fee in order to trade with the countries of the EU. Nevertheless, we are not able to vote on nor shape the laws in a way that makes them more beneficial for us. Hence, like the former leader of Young Liberals of Norway, Sveinung Rotevatn, I would say that it is better to have a hand on the wheel, than to lie in a coma in the trunk. I find this quote fitting regarding Norway’s complicated relationship with the EU.

A common denominator I often come across whilst discussing Norway and the EU, is the question of democracy. The critical voices against an EU membership assert that the Union is undemocratic. In addition, they claim that Norway, as a small country with only five million inhabitants, will have nothing to say among the big countries if we were to join the Union. Well, the way you look at it most certainly plays a big role on this particular matter. Germany is a country of about 81 million inhabitants, and it has 96 representatives in the European Parliament, while Finland with about 5,5 million, has 13 seats in the Parliament. With this in mind, it is probable that a Norwegian membership will lead to us getting about the same amount. If you are to claim this system is undemocratic, I should beg you to reconsider. This system of distribution is, in fact, in favor of small countries and in disfavor of the larger ones. Germany makes up 16 percent of the total EU population whilst Finland makes up 1, nevertheless, Germany has 13 percent of the total amount of seats in the European Parliament and Finland has 2. Therefore, the smaller countries acquire a much larger representation in the Parliament than you would think.

Whether we like it or not, due to globalization, the countries of the world now grow closer to each other every day. The way every individual country chooses to face the situation is crucial not only for the countries themselves, but for the surrounding countries as well. Norway is entirely dependent on the EU today for two main reasons:Schengen, and its economic perspective. The Schengen Agreement from 1995 is an enormous liberal victory for us, giving all the citizens within the Schengen countries the freedom to travel wherever they want within these countries without a passport, and without having to answer the question “business or pleasure?” As much as 81,6 percent of all Norwegian export goes to the EU, and 63,8 percent of all Norwegian import comes from the EU. To put it in an easier way, Norway is extremely dependent on the European Union. International cooperation across country borders is a privilege, and this will strengthen Norway as a nation. Therefore, Norway, as an independent country, would stand much stronger on the inside of the European Union.

Lars Brandsås is a member of NUV (Young Liberals of Norway). He is currently a board member of the regional branch in Nord-Trøndelag, and leader of the local branch in Steinkjer.