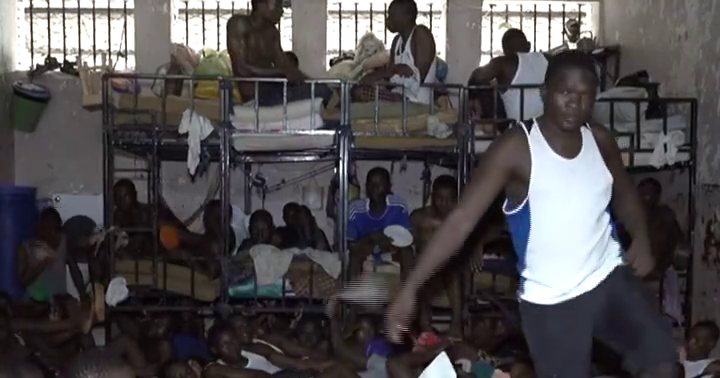 In this series of articles, members of the executive of Africa Liberal Youth explain what they believe to be the most pressing political and social issues facing young people in Africa.

Even though the success of a country’s penitentiary system is a factor that could contribute to maintaining national security, this has often been overlooked in Ghana and in most African countries. In the absence of an effective system to reform offenders of the law and deter others from breaking the law, it is impossible to ensure peace and order, which is a necessary condition for the realization and enjoyment of individuals rights and freedoms.

Like many other African countries, Ghana’s penitentiary system focuses on the incarceration of the criminal to assure the victims of crime that their loss and suffering are taken seriously by society; and that justice is being served through the criminal being held accountable for his or her acts, and punished to the full extent of the law. Ghana’s penitentiary system is plagued with several challenges. The first of which is the inability of the judiciary to rapidly process criminal cases in courts, due to the limited number of courtrooms, few judges and the country’s existing penal code. Another major cause of this problem is the public perceptions of Ghanaian’s about prisoners. Most Ghanaian’s consider prisoners as not deserving of goodwill, a situation which has culminated in prisons being one of the least prioritized government concerns, a place of deprivation and penance. As a result, the possibility of innocent people on remand to be inducted into ’schools of crime’ remain high, as attested by the high number of second-time offenders who get imprisoned annually in Ghana.

More so, another reason for the country’s penal challenges is lack of funds from the government dedicated to the management of prisons and inmates. This, combined with the problem of inadequate infrastructure, has resulted in inmates being kept under inhumane, overcrowded and unsanitary conditions, which is not only injurious to their health, but does not auger well for their reformation. As a result, most prisoners or persons on remand spend longer durations in jail, often under more inhumane conditions than should be the case: a gross violation of their basic human rights. On the 19th of May 2016, the Director of Ghana Prison Service stated that inmates in Ghana live on 1.80 Ghanaian cedi per day ($ 0.41), far below the standard outlined by United Nations (UN) for all countries to observe in their treatment of prison inmates (Rule 22 of the United Nations Standard Minimum Rules for the Treatment of Prisoners). However, on the African scale, this is not peculiar to Ghana. For example, in Côte d’Ivoire prisons serve as punitive and custodial facilities, rather than as rehabilitative institutions.

Due to problems outlined above, prisons in Ghana, and indeed many other African countries, fail to function as centers of reform. For liberals, when sentencing a criminal, the primary responsibilities of the criminal justice system are the welfare of the individual on trial, his or her rehabilitation and most importantly, facilitation of the criminal’s re-integration into society. A perfect example of this is the Norwegian Criminal Justice System. It operates under the concept of “restorative justice,” which aims to repair the harm caused by crime, rather than punish people, as well as focusing on rehabilitating prisoners. For example, like many prisons in Norway, Halden Prison seeks to prepare inmates for life on the outside with vocational programs: woodworking, assembly workshops, and even a recording studio. As argued by Arne Wilson (Bastoy prisoner governor) ‘If we treat people like animals when they are in prison, they are likely to behave like animals. Here we pay attention to you as human beings’. This is indicative of the low recidivism rate (20%) of prisoner in Norway, the lowest in the world as compared to the United States of America, where 76.6% prisoners are re-arrested within five years.

In resolving this problem, Ghana, as well as most other African countries, must develop and implement policies that will ensure an overhaul of its penitentiary system as centers of reform, aimed at helping in-mates acquire the needed skills and training, as well as developing their human faculties for re-integration, as is the case in Norway. Even though being an inmate warrants the withdrawal of some rights, such as right to free movement, government should recognize and uphold the right to education of inmates, invest in it as well as their right to work and earn an income while serving a jail term, so that they will be on the same page with the rest of society on their release, again as is the case in Norway. This must include a revision of the existing penal system and the creation of alternative punishment for lesser crimes which do not involve serving a jail term. This policy must provide a framework for the creation of in-jail courts to complement the traditional courts for an opportunity to review their cases.

The economic sustainability of prisons must be ensured since prisons may continue to rank lower on the list of government’s priorities. Policies must encompass the encouragement of the development of prison-run businesses that allows prisoners to not only acquire business management skills, but also to supplement the prisons revenue which will be used to ensure prisoners live in dignity. However, provisions must be made to deter the exploitation of prisoners for economic gain.

Even if all the above measures would be implemented, they would be largely unsuccessful in the absence of improved awareness and sensitization among the public on the plight of detainees, their rights and challenges. Reversing the negative attitudes of the public towards detainees will also ensure the success of a truly reformed penitentiary system. This will contribute to reducing crime rates especially among ex-convicts while also improving the state of national security, a pre-condition for the enjoyment of human rights and liberty.