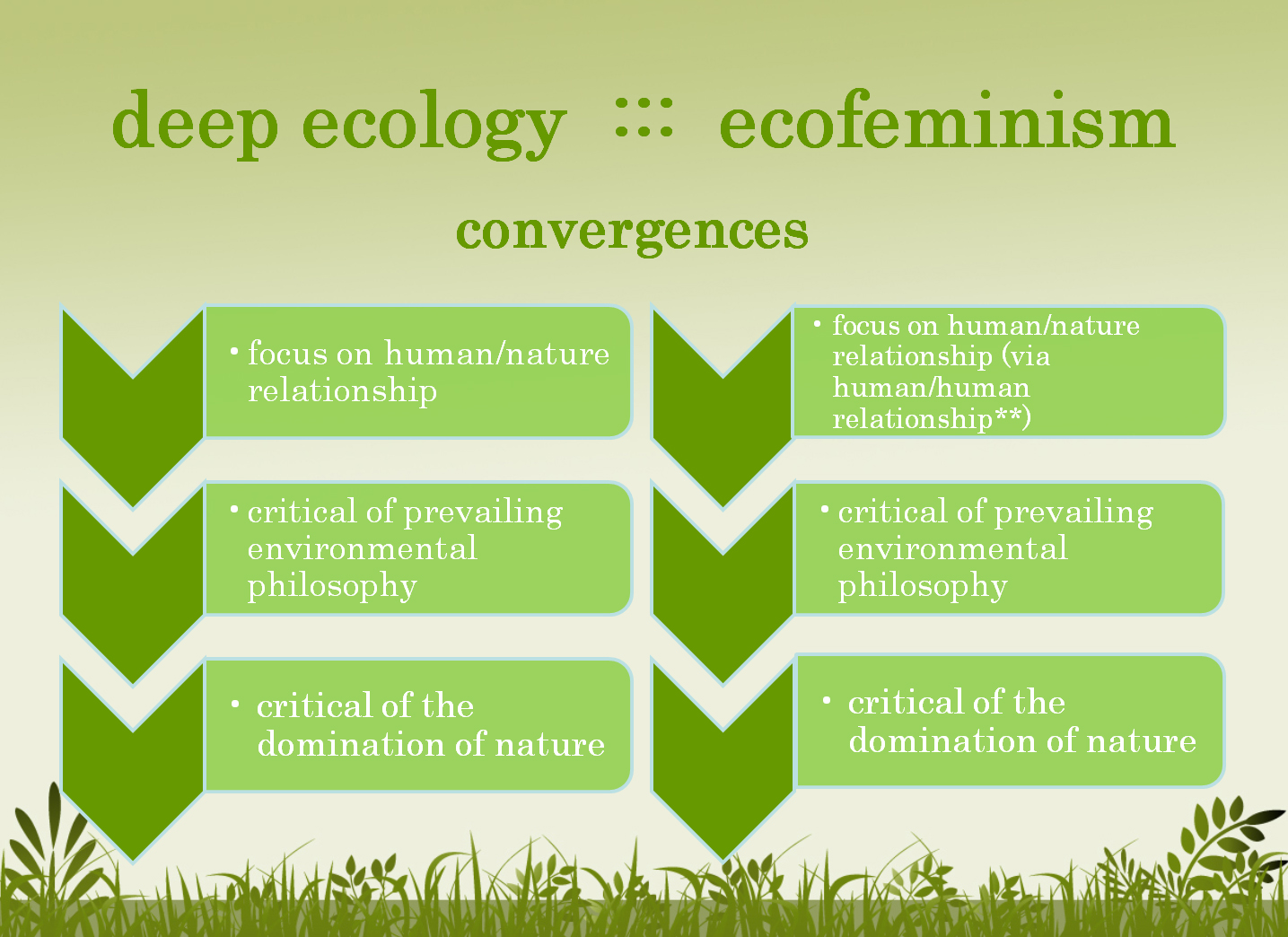 What is it to be in our natural element, and how much should we adapt to circumstantial change?

In Green politics, ecofeminism is the belief that women are inherently associated with nature, in that both have been subjected to oppression and exploitation by the patriarchy. This similarity also manifests itself through traits both women and the ecology share, such as cooperation and cultivation. As such, today’s extreme mistreatment of our ecosystem (increasing greenhouse gases, onset of global warming) suggests increased female repression. And since humanity is now committed to finding ways to live in a greener, eco-friendly world, does this imply that there must be an equal obligation to gender equality?

This theory contrasts most strikingly with deep ecology (pictured), which criticizes ecofeminism on many fronts. The primary departures of this theory offer the view that anthropocentrism, or the notion that humans are the most significant species on Earth, is the problem – and not the patriarchy or power structures. At the root of the analysis in deep ecology is a commitment to nature that transcends gender patterns, and claims that preservation of the environment is contingent upon safeguarding the wilderness, controlling human population patterns, and simple living (e.g. ‘treading lightly’).

As the theoretical applicability to climate change of both ecofeminism and deep ecology become increasingly prevalent, how should we proceed in taking steps to curb environmental degradation? First, by recognizing the issue, as has been repeatedly emphasized by world leaders. Then, highlighting the notion that we are not superior to other creatures solely because we have more abilities. And finally by taking action: that is, the implementation of policies that can benefit the whole ecosystem.

Nevertheless, even with the gender dichotomy between ecofeminism and deep ecology, both theories have significant points of convergence. For instance, nature-human relations are essential (the extent to which differs in both theories); both are philosophies of environmental preservation; and both want to end the domination of nature over humanity. Ecofeminism and deep ecology tackle the issue of how best to treat our environment, and the major participants involved in this process.

Junior Sikabwe from Denmark, via France, is a member of Radikal Ungdom’s (Danish Social Liberal Youth) International Committee and a part of the Climate Change Programme.