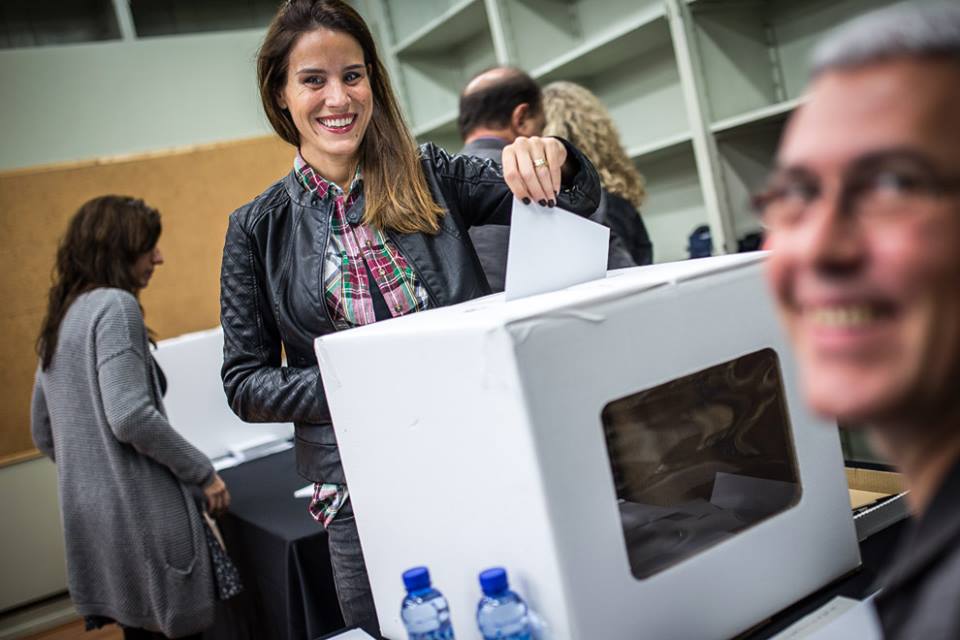 The liberal family is Catalonia’s friend. It cannot be otherwise. Those who defend freedom cannot but sympathize with the cause of a nation that seeks to restore the autonomy that one day was taken away by force. Even if one doesn’t care much about national claims, it is also a noble cause for those who agree with the idea of fiscal responsibility. That is, a region that manages the most of its public spending (health, social welfare, education, etc…), should also raise taxes and set tax levels as deemed necessary to meet the budgeted expenses. But this would mean that 16,000 million euros per year (the equivalent of 8.5% of the Catalan GDP) would remain in Catalonia, which Spain wants to avoid at all costs.

I don’t want to bore the well-informed reader naming the reasons why we defend the independence of our country. Instead I would like to inform you about the current state of events: after several huge demonstrations in Barcelona (in September there were 2 milion Catalans on the streets) the European elections showed a clear result: pro-independence parties achieved more than 45% of the votes. Elections scheduled for September 27 were clad in historical importance. If the results of the European elections are repeated, then the process towards independence is guaranteed – sustained on a democratic basis. At this point, a three-way agreement (Barcelona – Madrid – Brussels) will be unavoidable.

But before 27th September we will have local elections in May. As you’ll imagine, the expansive media wave that Syriza has started in Southern Europe has some effect on us. The Spanish populist party (and unionist) Podemos will try to surf the Syrizan wave: and change everything in Spain so that all remains the same in Catalonia. Ultimately a populist revolution that wants to break the two-party system in Madrid and transform Spain for it to become an attractive national project also for the Catalan public.

I sincerely believe that local elections will show once again the strength of pro-independence movement. It’s funny that when in a 9 million people country Syriza gets 1 million votes everyone says they’re going to change Europe. However, when over 2 million Catalans out of a population of 7.5 million votes for independence, some try to look away like nothing ever happened.

Victor Puig is a council member running for mayor of Rubí,  a city of 75,000 in Catalonia’s industrial belt, the secretary of Foreign and European Affairs of JNC, and has completed his studies in Law.