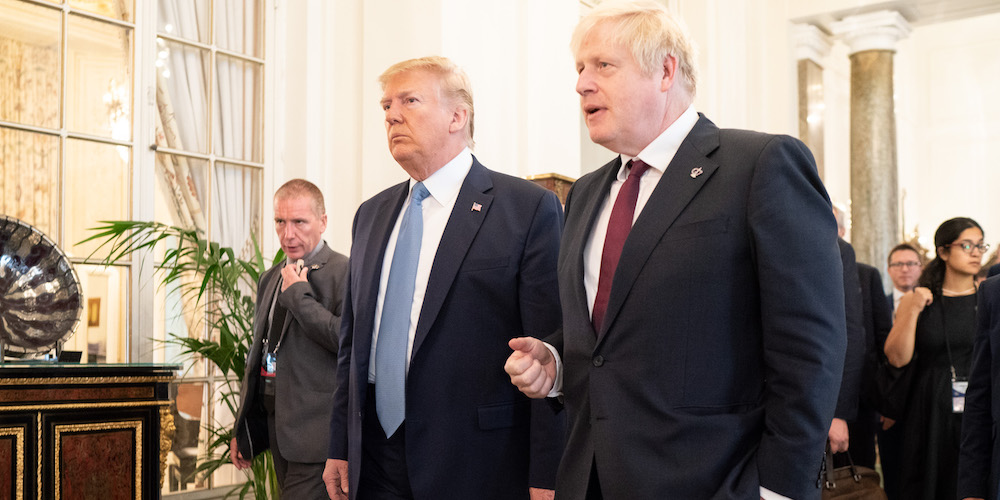 Sound the Brexit klaxon! I’ve now come to the conclusion that I’ve been overly optimistic in these updates! Within the last fortnight, I’ve concluded that the UK is probably going to drop out of the EU without a deal. It’ll be chaotic, it’ll be an unequalled car crash in the contemporary developed world, it’ll likely mean the breakup of the United Kingdom and will almost certainly leave millions of people in limbo, but I now believe that this is what will happen.

The UK is now on its third Brexit Prime Minister in the 38 months since the EU referendum. The Brexit process has swallowed both David Cameron and Theresa May. Since the 15th January 2019, the UK has tried and failed to leave the EU five times. Few countries can boast quite such an abysmally absurd record in such a short space of time.

No-Deal is now all but assured as Boris Johnson and his hardline Cabinet are now selling the line that anything less than a crash-out is undemocratic, and that any crash-out would be the fault of the EU. Why has the narrative shifted to this extreme? Simply put, the Brexiteers want no-deal more than the Remainers want revocation. Since a second extension to Article 50 was granted back in April, the Remain movement has become as fractured as the Leave movement once was. The once-divided Leave vote has now largely coalesced around the idea of no-deal; the Remain movement has split three ways: towards a now-unlikely People’s Vote, a general election that would likely solve nothing and the straight-up revocation of Article 50. A small minority of Remainers are now also saying that that the Withdrawal Agreement, negotiated by Theresa May, should be brought back to the Commons and potentially passed at the fourth time of asking.

But, despite the Remain split, the belligerence of both sides has in no way ebbed. Recently, Jeremy Corbyn finally committed Labour to another referendum and stated that Labour would campaign to remain in the EU. Remainers didn’t even bat an eyelid. Perhaps it was Labour’s prior intransigence? Perhaps it was because of Corbyn’s barely-concealed Euroscepticism? But no one really seems to have paid attention to such a monumental development. Both sides of this divisive question are rapidly moving further and further towards the extremes of their respective stances. But Leavers are presenting a more united voice.

No-Deal will be a disaster. All but the most wilfully ignorant of people know that. But, in this process, emotion has long since overtaken fact. We are weeks away from what will probably be Britain’s greatest crisis since WW2. Parliament, despite Boris Johnson’s insistence to the contrary, can still stop no-deal. But, as the Overton’s Windows of both Remain and Leave shift further and further towards their respective extremes, the question becomes not will MPs stop no-deal, but do they want to? The mood music has massively shifted since the Commons rammed through a bill preventing no-deal back in April. Voter apathy, a united Leave voice and a reckless government have since taken Britain to the edge of the no-deal cliff, and now we’re staring into the abyss.

Please note: events in the United Kingdom are currently incredibly fast-moving. All information contained in this article was correct at the time of publication.