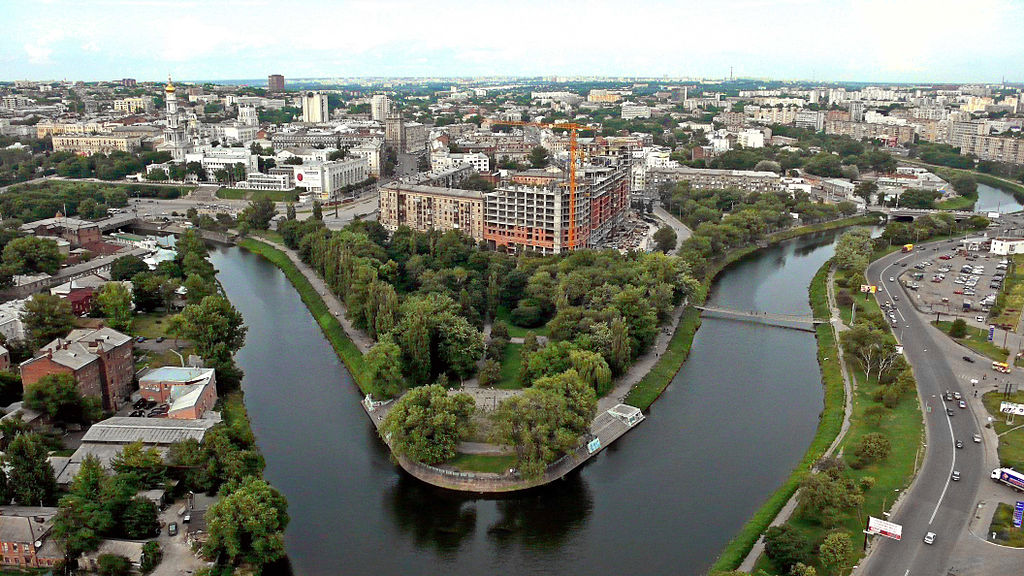 Ukraine is the second largest country in Europe, located in its southeastern part. According to the State Statistics Service of Ukraine, the population is 42,030,832 as of 1st June of 2019[i]. Average population density is 74.3 persons / km² with a total area of 603,549 sq. km. (233,100 sq. mi.), according to the constitutional structure of the country with the Crimea and parts of the Donetsk and Luhansk regions that are currently not under Ukrainian control. The climate is determined by the geographical location. Ukraine’s territory lies in the temperate belt and its climate is temperately continental, only the southern coast of the Crimea is subtropical. The climate of Ukraine is characterized by considerable variations due to the great range from north to south and from west to east. Approximately 16.8 % of the land area is forest.[ii]

Development of emissions in Ukraine

The percentage of global emissions coming from Ukraine is around 0,8%, which is not that much compared to other countries. But Ukraine emits 8.03 tCO₂e per person, when on global average the rate per person is 6.76 tCO₂e.

Most of the pollution comes from the following sectors[1]:

What is the NDC of Ukraine?

Over the years, since independence in 1991, Ukraine has reduced its global greenhouse gas emissions by 10.2 billion tons. Greenhouse gas (GHG) emissions in Ukraine amounted to 944.4 Mt CO2eq in 1990, and 402.7 Mt CO2eq (excluding LULUCF[2]) in 2012, i.e. 42.6% of the 1990 level. GHG emissions including LULUCF amounted to 874.6 Mt CO2eq in 1990 and 375.4 Mt CO2eq in 2012, i.e. 42.9% of the 1990 level. This reduction resulted mainly from a GDP decrease and a decline in the population and social living standards, which was however anticipated to be recovered and improved to reach the EU level. In 2014 to 2015, the annexation of the Autonomous Republic of Crimea and Sevastopol city by the Russian Federation as well as the conflict in some areas of Donetsk and Lugansk have radically changed Ukraine’s development course. The building of defense fortifications along the border and increased weapons production has increased the output of heavy industry products, leading to emissions rising again.

Ukraine has indicated that its NDC will be “revised after the restoration of its territorial integrity and state sovereignty as well as after the approval of post-2020 socio-economic development strategies with account of investment mobilization[3].” Since Ukraine is expected to reach its NDC under the current policies scenario[4] and to overachieve its NDC under the planned policies scenario[5], we would expect Ukraine to update its NDC in the nearest future.

Ukraine, as most other countries, uses a base year target: economy-wide absolute reduction from historical base year emissions. According to UN data, Ukraine has changed from the base year to the latest reported year by -65.84%. The UN defines Ukraine as ambitious, but at the same time sees a substantiated and fair target with regard to the level of GHG emissions. It will not exceed 60% of 1990 GHG emissions levels by 2030.

The biggest challenges Ukraine faces in order to achieve the NDCs are lack of financial and human resources, with most of electricity production depending on fossil fuels as well as the significance of the military industry. Unfortunately, there is no competent state authority that could be able to check the work of enterprises with high quality and in short terms. It is also important that Ukrainians do not have enough level of awareness on how to contribute to sustainability efforts. I should say Ukraine is trying to overcome these challenges. It introduced the law ‘On feed-in tariff’ on 25 September 2008. In this, Ukraine supports green-energy producers. At the same time, Ukraine has enacted dozens of laws on Climate Change (Decree of the Cabinet of Ministries of Ukraine “On approval of the National Action Plan on Renewable Energy through 2020” dated 01.10.2014 № 902-р.[6]; Law of Ukraine “On the Basic Principles (Strategy) of the State Environmental Policy of Ukraine through 2020” dated 21.12.2010 № 2818-VІ [7]etc.[3]). In July 2018, Ukraine published its 2050 Low Emission Development Strategy. This strategy provides emission reduction pathways for the energy and industry sectors based on four scenarios containing different ambition levels of decarbonisation measures and policies. If fully implemented, Ukraine could significantly overachieve its NDC target with emission levels of 20% to 44% below the 2030 target. Besides, Ukraine attracts investments that would continue green policies.[4]

As for the role of the media, I can`t say that even major news sources pay attention to the implementation of NDCs. In general, Ukrainian media seldom talk about the importance of caring about nature. I think for people it is important, because everyone of us wants to breath clean air and drink crystal clear water. But they are more concerned about local environment problems and prices, because 1 kWh produced by nuclear power costs around 0,8 UAH, but green energy around 4 UAH. The installation of solar collectors in private households is increasing largely due to government subsidies, but sales of electric cars are stagnating.

It seems to me that the attitude of companies is similar to that of private individuals. There is no direct opposition to environmental policies, but hesitation to see if someone else begins to implement them first. At the same time, monitoring of the industrial sphere should be enhanced to also control emissions from shadow industries.

Overall, Ukraine has had declining greenhouse gas emissions since independence in 1991. But this reduction resulted mainly from declaiming of industry, reduction of mining and consumption of natural resources and reduced consumption. Also, Russian aggression has contributed to a loss of industrial capacity.

Ukraine has many challenges to fully implement its NDCs. The main ones are a lack of money, people are not enough well-informed about the threat of climate change and the importance of the military industry. But via laws and foreign investments, Ukraine tries to overcome these challenges and meet its commitments.

Anatolii Servynskyi is a member of the Ukrainian Youth of Ukraine. He is interested in climate change, because to him, the environment is the most important thing humans have. He wants to let as many people as possible know about the threats of climate change.