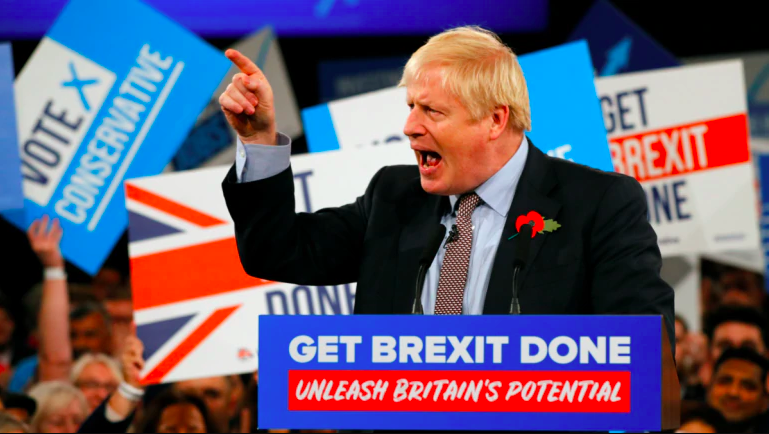 It was the Russian radical activist Emma Goldman who once said, “If voting changed anything, they’d make it illegal” – she could not have been more wrong. Britain’s vote to leave the EU on 23rd June 2016 changed everything. One of its consequences was the UK’s third general election in four years, held on Thursday 12th December. Much like Emma Goldman’s activism, the 2019 snap election has broken all of the rules and patterns that have been staples of British elections for generations.

In post-WW2 Britain, snap elections had never ended well for the incumbent. In 1951, Clement Attlee was defeated after calling a snap election in which he sought a larger majority for his Labour Party. In October 1974, Conservative Edward Heath accidentally let Labour into power, having been unable to form a government following the February 1974 hung-parliament result. Then, in 2017, Theresa May lost her Conservative majority in an election in which she should have romped home. But 2019 broke that pattern. It saw the Conservatives win – and win big. In what is the largest Conservative victory in more than three decades – and the most decisive election victory for any government in almost twenty years – Boris Johnson secured 365 seats. Labour suffered its worst election result almost within living memory, winning just 203 seats, even lower than their total following their 1983 wipe-out. The Corbyn project has gone down in flames – and taken the Remain movement with it. As a result of this election, Brexit cannot now be stopped. The UK will leave the EU on 31st January 2020. There will not be another referendum on Brexit. There will be no further salvation by this new-look parliament. Remain has lost.

The inevitability of Brexit aside, 12th December was also a story of two United Kingdoms.

The Conservative landslide was secured in England and Wales. Working-class, Leave-voting areas of the country, many of which had not elected a Conservative MP in decades, if ever, went blue. Seats such as Bishop Auckland, Durham North-West, Wakefield and Great Grimsby all elected Conservatives. Strikingly, Wrexham – a Welsh seat that had even managed to resist the Conservative tide during Margaret Thatcher’s 1983 crushing of Labour – went blue for the first time ever.

Counteracting this was Scotland. The progressive, liberal, staunchly pro-EU SNP (Scottish National Party) won 48 of Scotland’s 59 seats (see the full results here) – their second-best ever result. Of these 59 seats, the Conservatives managed to win just six, Labour – once the dominant party in Scotland – retained just one: Edinburgh South.

It was also in Scotland where, what was perhaps, the most obvious shock of the night came. In the seat of Dunbartonshire East, Jo Swinson, the leader of the Liberal Democrats, lost her seat to the SNP by 149 votes. An emotional Swinson perhaps best summarised the night for many across the UK when, in her concession speech, she said that “these results will bring dread and dismay [when] people are looking for hope”. It seems fitting in some ways. The leader of the Liberal Democrats loses her seat as liberalism itself seems to lose. On Thursday 12th December, Britain appeared to turn its back on liberal values. The SNP did surge, but Labour and the Liberal Democrats were decimated across England and Wales. An increasingly right-wing, illiberal Conservative Party stormed home.

David Cameron’s modernisation project – in which he built the Conservatives into a socially-liberal, fiscally-conservative party – crumbled as the results became known. A sort of centre-right bastion of social liberalism is gone. With it, progressive values are also gone.

As the final ballots were being counted, something became clear: in many ways, these results did not come as a surprise. Since the 2010 election, poorer voters, as well as those in Northern England and the Midlands, have been gradually drifting towards the Conservatives. In 2017, despite losing her majority, Theresa May did make inroads in areas that had traditionally been anti-Tory. There were many large swings towards the Conservatives – with many Labour MPs seeing their majorities greatly reduced. These anti-Tory seats were known as the ‘Red Wall’ – a band of solidly Labour seats stretching from North Wales to the Scottish border.

In 2017, Theresa May made some cracks in this Wall. On 12th December, Johnson was able to take a wrecking ball to it. Not only did the Conservatives’ campaign slogan – Get Brexit Done – have great resonance, but they were up against a Labour Party that saw renationalising Britain’s railways and water supplies – as well as its broadband – as being more important to its campaign than Brexit. With the promise of another referendum on Brexit, Labour had – in the eyes of many in its traditional Leave heartlands – become a party of Remain. Ergo, with Get Brexit Done, Johnson was able to mop up even reluctant Leave voters with ease. In many ways, Corbyn and his core team did the Conservatives’ job for them.

In the final days before the election, tactical voting sites – such as People’s Vote and Best for Britain – announced that just 40,000 votes in marginal seats across England were all that stood between a Conservative majority and a hung parliament that could have locked them out of power.

But, in the end, tactical voting was unable to stem the tide of frustration that Leave voters vented at polling stations across both England and Wales.

When Britain wakes up on 1st February 2020, it will no longer be a member state of the EU. Before it, will lie an uncertain, unpredictable, evermore divisive path. But the UK will actually have left the EU at that point. Its borderline-sectarian political dynamics will completely change. ‘Leavers’ will then have the status quo; ‘Remainers’ will fracture (further) into two main camps: ‘Accepters’ and ‘Rejoiners’. Life outside of the EU is – at this stage – still an unknown quantity for Britain. But it is one unknown quantity that must now begin to be shaped and understood. For almost four years, millions of Britons across the country have been standing up for liberalism and for European values, shared across the EU28. But, when all was said and done, Take Back Control and Get Brexit Done were two mountains that were just too high to be overcome.

Side note: Wes Streeting, whose seat of Ilford North was profiled in the last Brupdate, retained his seat but with a reduced majority.