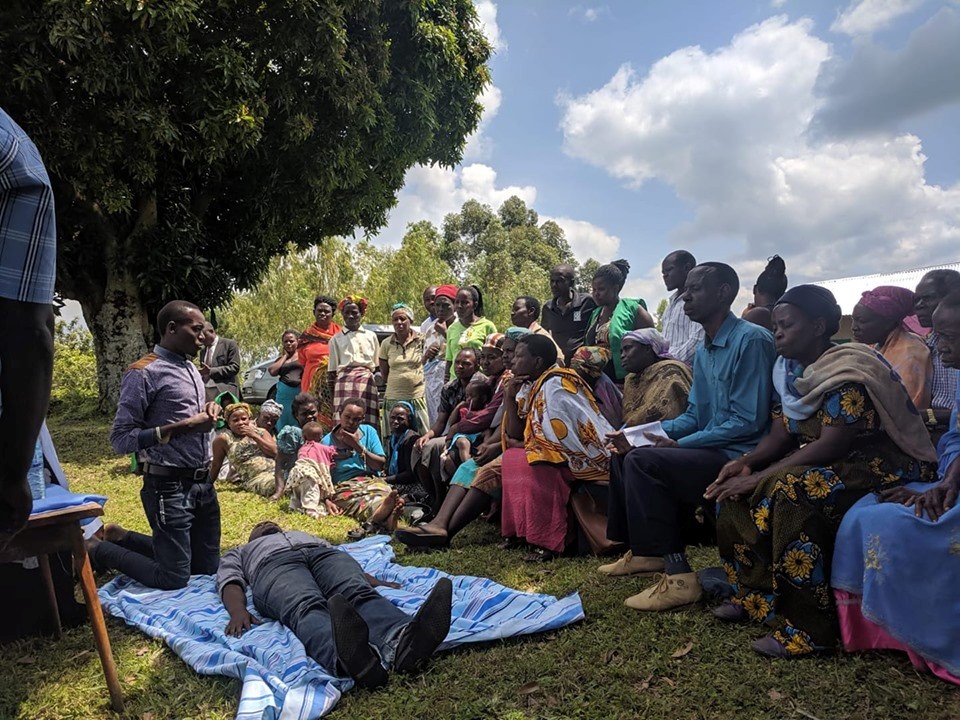 International volunteering is a popular choice for people all around the world who want to do their bit in ‘making the world a better place’. Yet the booming business of ‘voluntourism’ has been under attack for perpetuating the ‘white saviour complex’ and for contributing to the exploitation of vulnerable people in developing countries.

The term ‘white saviour’ is often associated with Rudyard Kipling’s poem The White Man’s Burden and refers to a white person who is engaged in some kind of seemingly selfless act to help non-white people, but it turns out that their actions are self-serving.

Indeed, many famous people such as Madonna, Ed Sheeran and recently Stacy Dooley have been accused of promoting patronising stereotypes of Africans. Fundraising events tend to portray Africa as a giant helpless continent that can only be saved by generous donations from the Western world. British Labour Party politician, David Lammy has criticised Comic Relief for involving celebrities in its fundraising campaign and promoting a ‘distorted image of Africa which perpetuates an old idea from the colonial era’. It would be preferable if these charities focused more on ‘local heroes’, allowing them to share their stories. By listening to their needs, we could develop a more effective foreign assistance programme. The other issue is that foreign aid (in terms of financial resources and commodities) is failing to address the root causes of poverty in developing countries. The truth is that we transfer millions of dollars to Africa every year to tackle poverty but the gap between the rich Global North and the poor Global South is enormous and despite all kinds of foreign aid, this gap is widening. The international community needs to rethink the concept of foreign aid and how an ordinary person from the developed world can contribute to Africa’s success in lifting itself out of poverty.

Global poverty is an international issue and many people feel the need to do their bit in helping the poorest. The most obvious ways to contribute are through donations and volunteering. For good reasons, however, more and more people question the usefulness of international volunteering and use ‘voluntourism’ as a derogative term. We can read plenty of stories on the internet about failed volunteer expeditions that caused more harm than good. Bach Renee’s story is certainly amongst the most horrifying ones. She is a self-appointed doctor who moved to Uganda in 2007 with the mission to ‘break the cycle of malnutrition’ but many children have died due to her fraudulent practices. We can also observe the pitfalls of voluntourism in orphanages where tourist operators, motivated by commercial gain, exploit vulnerable children in developing countries. Several research studies have been conducted to prove that short-term volunteer visits in orphanages can worsen the adverse impact of institutional care on children. A policy brief published by the charity Save the Children reveals that ‘four out of five children in childcare institutions across the world have parents who could care for them… care institutions can encourage child abandonment and divert much-needed resources away from more positive care options, while creating opportunities for profiting from the exploitation of children’. Orphanages often work like businesses that can profit from the appropriation of donor funds and from organising international adoptions. As a result, these institutions care more about maximizing their profits than about the well-being of children.

The increasing trend of volunteering in orphanages can also generate incentives for recruiting more children instead of finding better alternatives such as ‘kinship care (extended family), fostering and national adoption’. It is often the case that children are put into institutions because their parents cannot afford basic services such as education and health care. The Save the Children Fund advocates that institutionalisation should be seen as a last resort and resources should support communities and families so they can provide adequate care for their own children. It is a well-known fact that poor quality institutional care is harmful to the children’s physical, social and intellectual development. It is also true that for some children institution care is the only option, but if a child has at least one living parent or other relatives able to take care of them, resources should be allocated towards the reunification of families. The ReThink Orphanages Network was funded exactly for this reason. Their mission is to redirect support away from orphanages towards programs that help to strengthen communities and keep families together. Based on extensive research, they argue that well-meaning support for orphanages such as donations and volunteering is weakening their efforts and contributing to unnecessary family separation.

A trip to a developing country to do some volunteering in an orphanage out of altruism can create more demand for orphanages and ‘orphans’ and ultimately can cause more harm than good. Above all, short-term visits to orphanages can be seen as a source of trauma and attachment disorder for children in institutional care. Volunteers are constantly coming and leaving these ‘orphans’, which can harm the children’s mental as well as physical development.

When you are planning to volunteer overseas, think carefully about your intentions and the potential impact your presence can have on the local community. I advocate that despite its flaws, the educational aspects of voluntourism must be sustained and made better instead of being completely rejected. There are indeed some useful projects out there that are worth supporting. In an upcoming article, I have prepared a brief guide to give future voluntourists some directions on choosing the right organisation and making a real impact on their trips.

Voluntourism opportunities are not all the same and those who criticise it tend to fall into generalisations which create false stereotypes. There is this growing one-dimensional view that volunteers are all young, selfie-obsessed tourists from wealthy families with white saviour complexes.

From my own experience, I can tell that this portrayal is far from the truth. Having a strong interest in international development, I have always wanted to learn more about the role of foreign aid and how an ordinary person can contribute to sustainable development and poverty eradication. Last summer, I had the opportunity to work with a small humanitarian organisation called First Aid Africa. The charity’s mission is to increase the number of people who have access to emergency health care by providing sustainable first aid training and equipment across East and Southern Africa. According to the WTO, ‘injuries are among the leading causes of death and life-long disability globally… about 1.24 million people die annually on the world’s roads, with 20–50 million sustaining non-fatal injuries.[1] Preventable death from injuries is particularly high in sub-Saharan Africa due to a lack of access to emergency health care. First Aid Africa has developed its own syllabus in partnership with local actors in Malawi, Tanzania, Uganda, Kenya and Zambia. This partnership approach allows the organisation to target its work towards the most relevant communities and develop a first aid training programme that can be applied locally without relying on constant foreign assistance. The charity gives high priority to sustainability and realises that ‘the donation of first aid kits from Europe & the US without a reliable supply chain is not sustainable. It creates a relationship based on reliance rather than on partnership. Wherever possible, we aim to work with communities to develop equipment made from locally available materials.’ Volunteers are given specialist training in first aid and teaching prior to departure, which they can pass on to the communities they work in. Those who are interested in working with the charity need to apply online and if their application is successful, they are invited to an interview. This two-stage process is designed to find the right people for the charity’s project and filter out those ‘young, selfie-obsessed tourists from wealthy families with white saviour complexes’.

I was successfully accepted by First Aid Africa last year and I went to an expedition to Uganda in July. I had the opportunity to work with locals from Fort Portal and gain a better insight into the charity’s work. Apart from providing free sustainable first aid training in local communities and secondary schools, the charity also works as a corporate service provider for companies and larger organisations in exchange for a fair fee, which allows the charity to create job opportunities for locals and sustain their free community services.

During my four-week stay in Uganda, we have taught very simple but effective ways to deal with bleeding, burns, snake bites, fractured limbs …etc. First aid knowledge can make a huge difference when someone’s well-being, recovery or even life is at risk. First Aid Africa would not be able to operate in these communities without international volunteers and that is why I believe that voluntourism has an important role in international development. When you are considering donating to a charity or joining a volunteer expedition, make sure that you do your research and support a project that is actually helping the beneficiaries and not making more damage in the host countries.

Felicia Szloboda is currently doing a MSc in Human Rights and Diplomacy at the University of Stirling in Scotland. Her main interests include researching the rise of ‘illiberalism’ in Europe, democratisation, human rights and international development. Twitter: @FeliciaS023