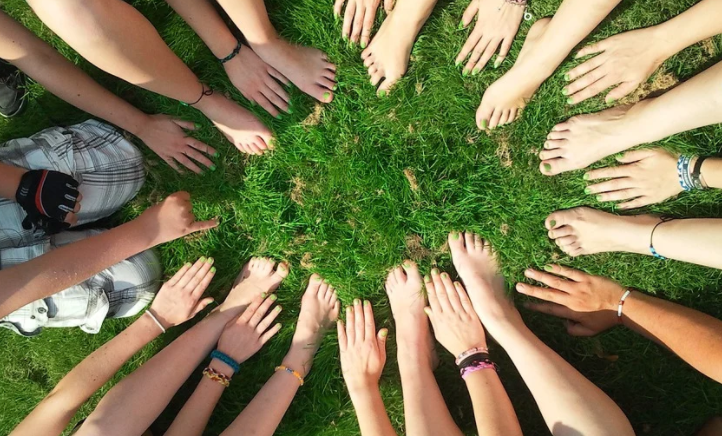 A while ago, I promised to introduce our team members, without whom this team would never be what it is now. As I said last time, the concept of this team has existed since 2011. Since April of 2019, however, the team made a new start with new members, among them myself. I asked our team members to write something about themselves and tell us why they joined!

I joined the team in 2015, after a life-changing trip to Tunisia in 2014, during the first parliamentary elections after the toppling of the regime of Ben Ali. We spent a full week campaigning with the liberal party Afek Tounes and there was so much hope for change, energy and activism, especially from young people. Since then, I became the co-president of the team and I am proud of all the amazing projects we have been able to carry out: we organized capacity building events in Jordan and Tunisia, study trips to Lebanon and Turkey, as well as seminars bringing together European and Arab liberals to exchange ideas on topics such as migration, or democratic inclusion. This way, we hope to continue to bring the stories and realities of the Middle East to the hearts and minds of liberals in Europe.

I have been a member of Team MENA of the Young Democrats for the past two years.

My passion for the Middle East has started ever since I visited the region for the first time, which was in Egypt, to be precise. The beauty of the country, the interesting history and of course the warm and welcoming attitude of the people is what stoked my interest and has never left since. After that first trip I decided to study Arabic language and culture at the Dutch-Flemish Institute in Cairo. After that, I started the LLM in International Law at Leiden University, mainly because I wanted to learn more about the volatile political, humanitarian and human rights situation in many countries in the Middle East. After my studies, I immediately started working as a policy officer in the field of development cooperation for the Embassy of the Netherlands in Yemen, a very turbulent country that faces many challenges at the moment.

My name is Carmen Vermeer and I joined Team MENA in 2015, because I wanted to collaborate with, learn and exchange experiences with young people in the MENA region. This resulted in study visits to both Lebanon and Tunisia and various activities in the Netherlands, such as the Day of the Middle East that is organized by D66. While being active in this team, I also got to know IFLRY. I participated in congresses and attended inspiring seminars. Besides all the politics, I love cycling, yoga, dancing and travelling!

I joined the MENA team only six months ago, and it has felt perfect ever since: I adore the team dynamic, the constant questioning of how we may contribute to and learn from the region and the energy we have as a team.

I am currently studying an MSc. Middle Eastern Studies and LLM Law and Politics of International Security and was excited to bring my knowledge into practice – particularly to meet young people from the region and to collaborate on a political level. Next to my studies, I am a part time researcher for the Yazidi Legal Network.

I joined Team MENA as a relatively new member of the Jonge Democraten back in April 2019. I am enrolled into a BSc. Security Studies, always analyzing and reading about pressing security issues from different perspectives in all domains! You should think of crisis management, cybersecurity, finance… Just name it! Having Palestinian roots and growing up my whole life in the Netherlands has made me always thinking of the similarities we in the Europe have with the Middle East. That’s why I decided to join team MENA!

In the next blog post I will take you with us as we prepare our plans for this coming term. See you next time!