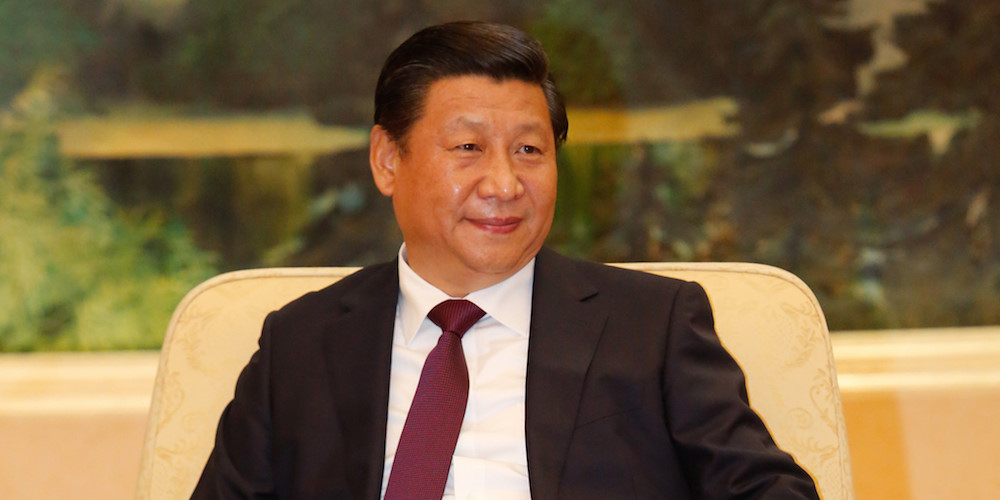 A lot has been made recently about the move by Xi Jinping to abolish the term limits for his presidency, effectively making him the most openly powerful Chinese leader since Mao. This change to the Chinese constitution, only the 5th since its inception, removes the 2-term limit that was previously in place for both Presidents and Vice Presidents. This alteration was effectively rubber-stamped by the 13th National People’s Congress (NPC) of China and undoubtedly stands testament to Xi’s already cardinal influence. Left and right-wing pundits alike have been racing to point out that this is the straw that turned the camel from an authoritarian bureaucrat into a classic despot.

Xi’s untouchable position was solidified in the last half-decade through a ruthless anti-corruption campaign, announced when Xi started his Presidency in 2012. The struggle against corruption in China has a long history, dating all the way back to Imperial China, but seriously intensified when Chinese economy started to open itself to global markets. As the money started pouring in to the country, members of the communist party found themselves in a unique position to facilitate certain deals for a kickback. This quickly became both an operational and reputational problem, and opinion surveys of Party officials and Chinese citizens over recent years tend to identify corruption as one of the public’s top concerns. It therefore seems natural that as Chairman Xi would address this. That he did, but his stroke of genius was to use this highly popular issue to quietly eliminate his rivals and detractors. During President Xi’s first five-year term in office, 1.34 million officials were brought down by corruption and disciplinary charges. To put that in perspective, that number is higher than the number of people who sought asylum in Europe at the high of the refugee crisis in 2015.

The anti-corruption campaign has been highly successful so far, so much so that Wang Qishan, the long-time ally of Xi who was placed in charge of corruption investigations in China, was named as Xi’s vice-president by the latest congress, further empowering the Vice-presidential position as well, though its unlikely he will ever be able to challenge Xi directly (Even though Wang was approved by 2969 votes to 1, Xi received a perfectly unanimous confirmation).

Xi has also brought to heal a rebellious and progressive Hong Kong, whose insistence on suffrage and the maintenance of the “1 Country; 2 Systems” policy did much to irritate mainland China’s officials. Since 2014, the message from party headquarters has been that Beijing enjoys comprehensive jurisdiction over Hong Kong, while the city was given “high degree of autonomy” to run its affairs only as authorised by Beijing. This led to the massively popular Umbrella demonstrations, but Xi was undeterred. After all, this is a man who signed up to the communist party 10 times in a year before he was admitted. He does not know the meaning of quitting, and Democratic Party leader Wu Chi-wai said Xi’s emphasis on “comprehensive jurisdiction” showed that Beijing was not going to let up its grip on the former British territory. This is bad news for progressives in the area, and especially bad news for feminists. Not only is the a “Macho cult” around Xi – which somewhat mirrors the cultural adoration of Putin in Russia – but Beijing’s perspective on the role of women in Chinese society leaves much to be desired from a liberal perspective. As an example, no woman has ever been among the nine members of the Standing Committee of the Communist Party’s Politburo. Not only is Chinese society quite traditionalist and resistant to change, but the massive gender imbalance caused by the one child policy has led to worries that if women don’t return to the role of raising children, there will not be enough mothers to solve the country’s upcoming demographic crisis. According to a report by the State Population and Family Planning Commission, there will be 30 million more men than women in 2020. In short, barring a cultural change in perspective that promotes mothers working, Chinese women seem somewhat condemned to the role of child bearing and house-keeping.

And while many liberals are focused on what this could mean for semi-autonomous regions like Hong Kong and Macau, globalists are already taking note of China’s spreading influence even beyond its borders. Their increased military spending has allowed China to exert more control of the South China sea, and the new tone of Sino-American relations has left a question mark as to how effectively the Trump administration in America understands this expansion.

China’s continued diplomatic and trade push in the rest of the world, mainly in Africa and South America, has also increased their influence in these regions and allowed local governments to resist western influence if they so choose. China has long provided economic and political backing to governments such as Venezuela’s, indirectly enabling regimes like Maduro’s to ignore and basically destroy any mechanism of democratic accountability. Ensuring strong anti-American sentiments in power would make China and Russia the de facto key players in the region and, according to Evan Ellis (an expert on Venezuela at the Center for Strategic and International Studies) they could try to help Venezuela transition away from the Maduro regime to an equally anti-U.S. substitute. Given China’s increased economic aid and cooperation even with struggling European economies such as Greece, it is not only the Americans that should worry about their waning influence. When the west was busy chastising the Greeks after the economic collapse of 2008, China came to the rescue with an army of investors. 3 years later and China now basically owns the Greek port of Piraeus, which they plan to revitalise as the beginning of “the new Silk Road” – an entryway for Beijing’s economic and political influence. As a result, for nearly 3 years now Greece has been China’s closest partner in Europe, helping to stop the European Union from issuing a unified statement against Chinese aggression in the South China Sea; preventing the bloc from condemning China’s human rights record; and opposing tougher screening and standards for Chinese investments in Europe. But Greece is not Beijing’s only target. Xi has made several official trips to Europe in recent years, with stops in countries like Serbia and Poland following a March 2016 visit to the Czech Republic. In all three cases, Xi took the opportunity to push for his European hosts to integrate into China’s “Belt and Road” initiative and promising big and, in the Chinese style, often debt-free investment pushes.

The economic explosion in China over the last 30 years has also meant a massive increase in billionaires, almost all of whom rose to prominence through their ties to the communist party. This class of the rich therefore owe a much stronger allegiance to the party than say your typical western magnate does to the party he’s affiliated with. It is these billionaires who are able to solidify the economic influence of Beijing. The tacit deal is that Xi allows his chosen rich to engage in some “wild-west entrepreneurship” in China, as well as helping them establish ties abroad in return for absolute cooperation and loyalty. Those who resist are quickly faced with what is, at best, a sea of bureaucratic barriers. Given this partnership of economic and political power, it is difficult to see who would be able to challenge Xi Jinping’s control in the foreseeable future.

The elimination of critics and the consolidation of power amongst allies is a key aspect of all despotic regimes, and Xi has certainly been pushing this envelope. This resurgence of nationalism, tied to economic prosperity and dependent on the power of the leader, seems to be a global phenomenon but China certainly exemplifies many of its aspects. And as strange as this may seem, a nationalistic economic system where the government controls the private entities that own the factors of production is no longer communism. It is, instead, closer to fascism. And given that China is often touted as the last communist system in the world, that’s almost as ironic as it is worrying.